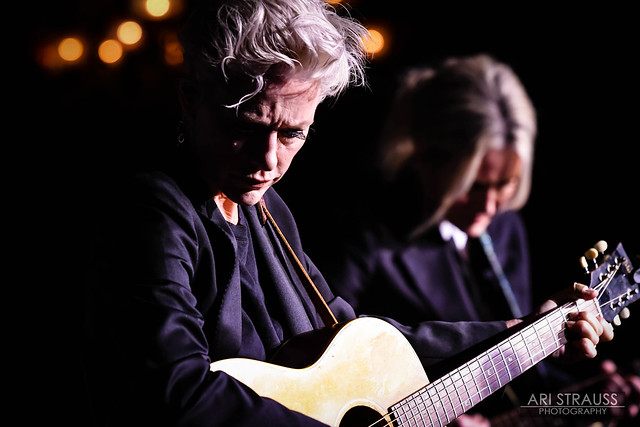 Allison Moorer and Shelby Lynne perform at The Birchmere on April 27, 2022. (Photo by Ari Strauss)

Sisters Shelby Lynne and Allison Moorer are two of the most accomplished singer-songwriters in the contemporary country and Americana scene. The Alabama natives both possess remarkable gifts as writers and are among the finest vocalists working today. Each possesses a distinctive style: Shelby leans more toward soul and gospel (she noted her favorite singer is Mahalia Jackson), while Allison often inclines toward folk, but has had an eclectic career that’s also seen her work in more rock-oriented directions as well.

With their remarkable voices, they don’t need much support to put on an incredible show as they did at The Birchmere recently.

Just their blood harmonies — a term used to describe when families sing together, as similar voices blend — and minimal backing, provided by their own acoustic guitars and an accompanist on electric, were more than enough to make for a captivating performance at The Birchmere on April 27. For more than 90 minutes, they traded songs from their respective catalogs while backing each other up, rounding out the set with a variety of covers that the range of their fine taste in music.

Deciding how much time to spend on these performers’ background presents a bit of a challenge. While they did mention a few things as background to their songs on Wednesday evening, neither spoke a lot. Introducing “Following You,” Shelby talked about going hunting with their dad, and how she tried to walk in his footsteps, but his stride was too long for her. She also mentioned she was playing his guitar; as young girls, they were introduced to music in their family, and started singing at a young age, with their first appearance coming at a fiddler’s convention.

What wasn’t discussed — and what I want to tread carefully on — is that they lost their parents in a murder-suicide when they were teenagers. It’s a horrific event, and my heart breaks a little every time I am reminded of this. Allison has addressed it most explicitly in her first memoir, Blood, and her album of the same title. She included two songs from that record, “The Ties That Bind” and “The Rock and the Hill,” in the set.

Watch Allison Moorer perform “The Ties That Bind” live at the 2020 30A Songwriter Festival on YouTube:

Before they got to trading songs, the sisters began with a cover of Townes Van Zandt’s “Lungs.” Midset, they paid homage to one of their major influences, The Everly Brothers, with three of their songs: “The Price of Love,” “Brand New Heartache,” and “Maybe Tomorrow.” The songs were designed for close harmony, and they were the perfect duo to do these songs. The range of their covers also included Bob Dylan’s “Not Dark Yet,” which was also the title of their 2017 album of duets,  Kris Kristofferson’s “Sunday Morning Coming Down,” Nick Cave’s “Into My Arms,” the traditional gospel number “Poor Wayfaring Stranger,” and the Killers’ “My List,” which closed the set.

While Shelby is as explicit and open as Allison, if you pay attention to the songs, you can hear that she, too, is she using her art to work through her emotions and her past. The title of “Things Are Tough All Over” is pretty self-explanatory, and there’s a combination of heartache and tenderness in “I’ll Hold Your Head.”

It’s not all dark, heavy stuff, though; there’s a celebration of Alabama pride in Shelby’s “Where I’m From” and Allison’s “Alabama Song.” At one point, someone in the audience exclaimed, quite heartily, “Roll tide!” Like any good artists working in and around country, there are songs dealing with love, too: Allison’s “A Soft Place To Fall” and Shelby’s “When Johnny Met June.”

As the pictures accompanying this article show, the sisters were in fine style, looking every bit as good as they sounded. I’d be remiss if I didn’t mention that Allison has a second book out, I Dream He Talks To Me, about her experience raising her son, John Henry, who has autism and is largely nonverbal. It’s a touching book, and it really opens a window into a set of experiences that most people are not familiar with. I was diagnosed with Asperger’s Syndrome in my 20s, but the autism spectrum is quite broad, and this book educated me on parts of that spectrum that are completely alien to me. Moorer is a terrific writer, and I strongly recommend reading it; it’s just a bit over 200 pages, and it flew by for me.

Here are some photos of Shelby Lynne and Allison Moorer performing at The Birchmere on April 27, 2022. All pictures copyright and courtesy of Ari Strauss. 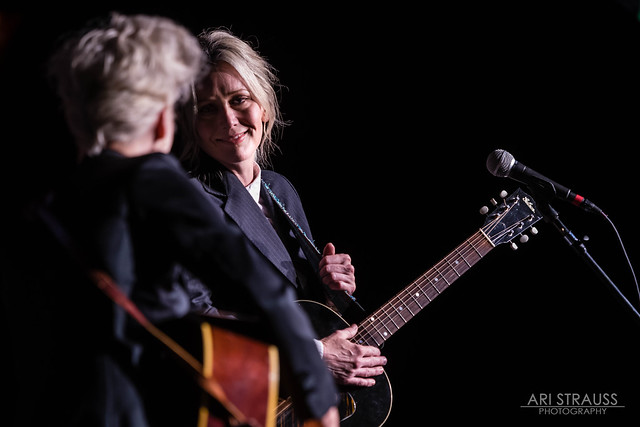 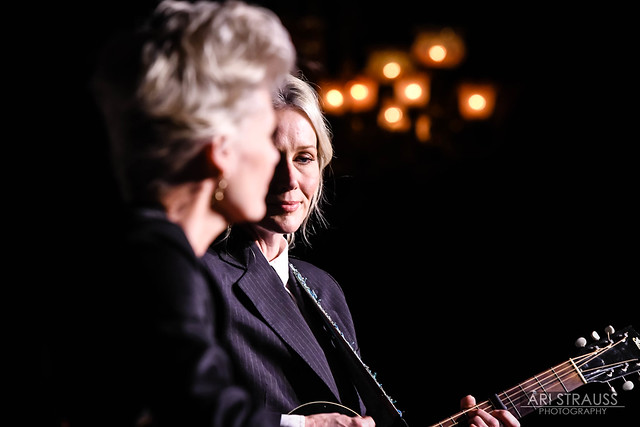 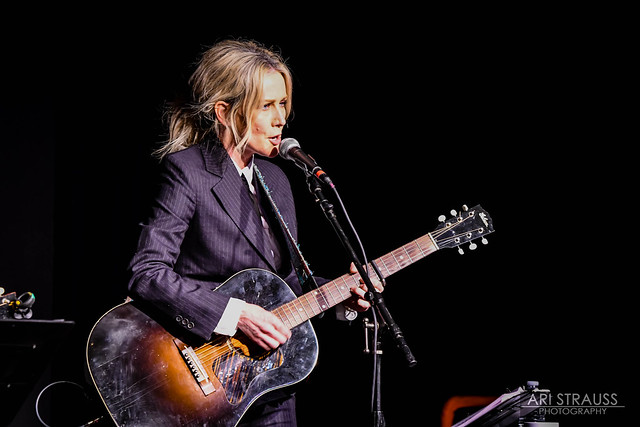 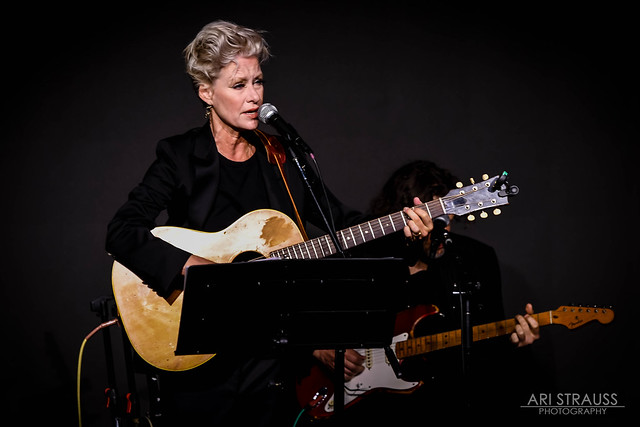 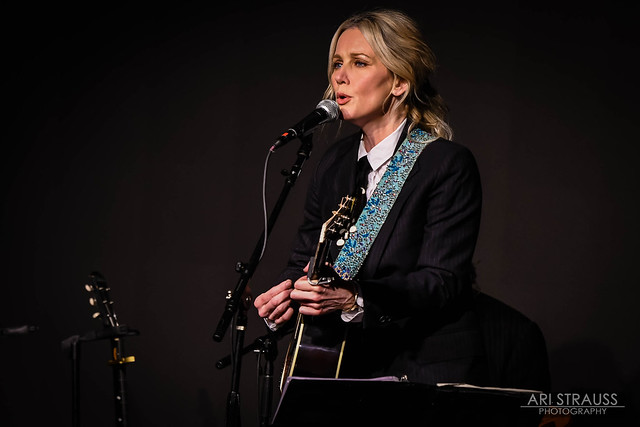 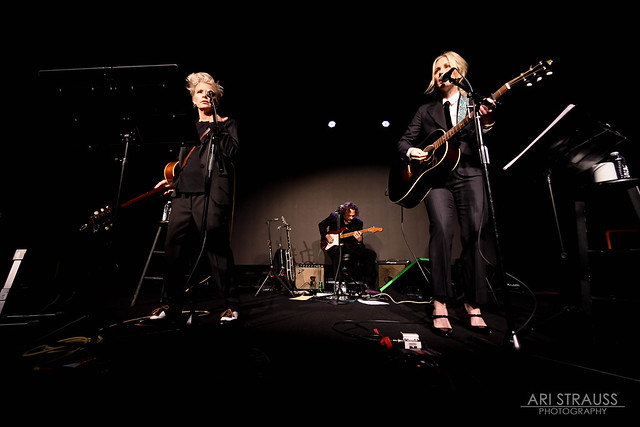 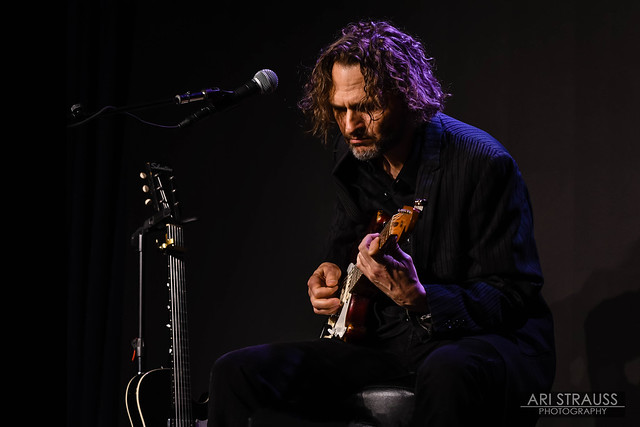 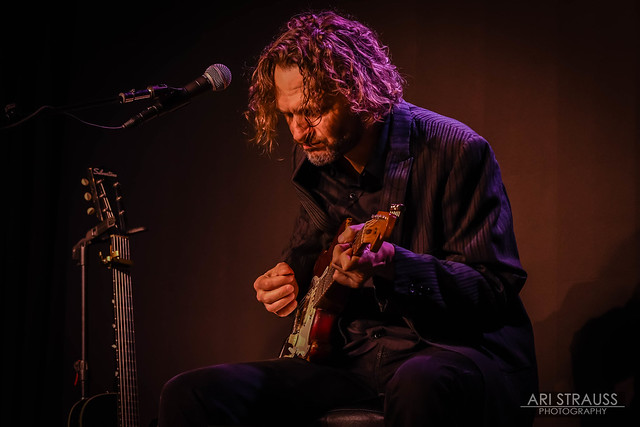 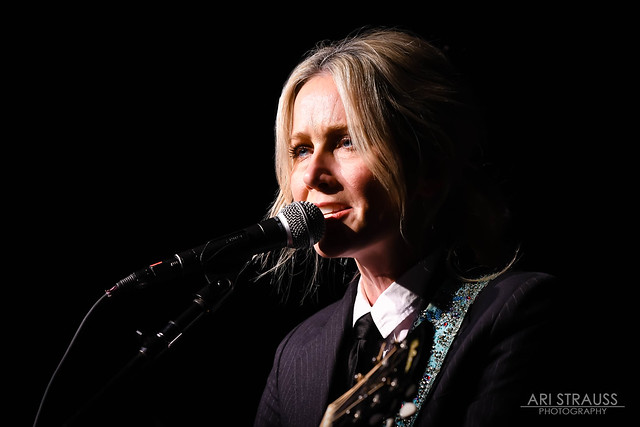 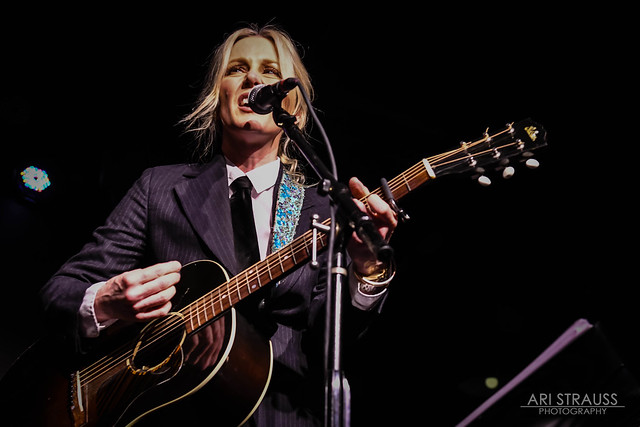 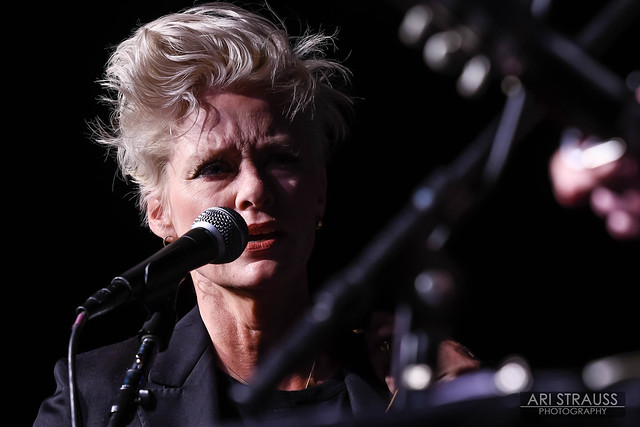 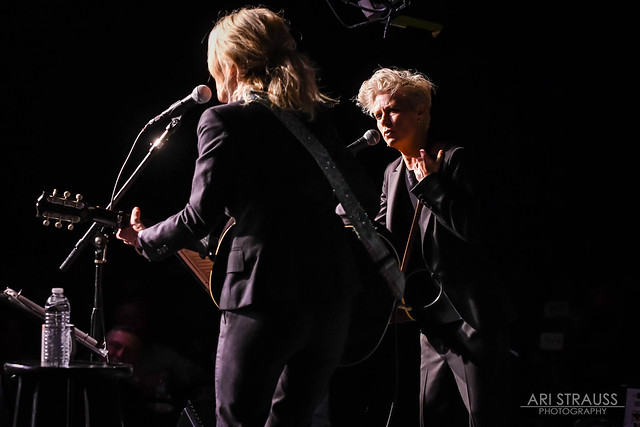 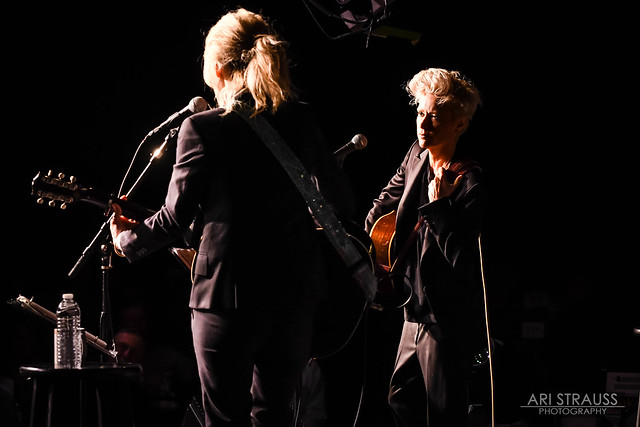 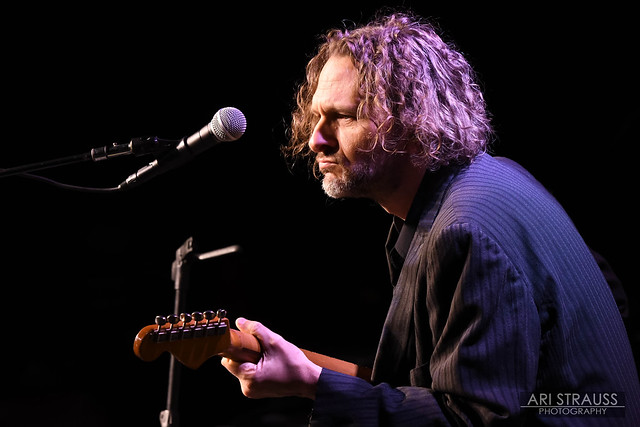 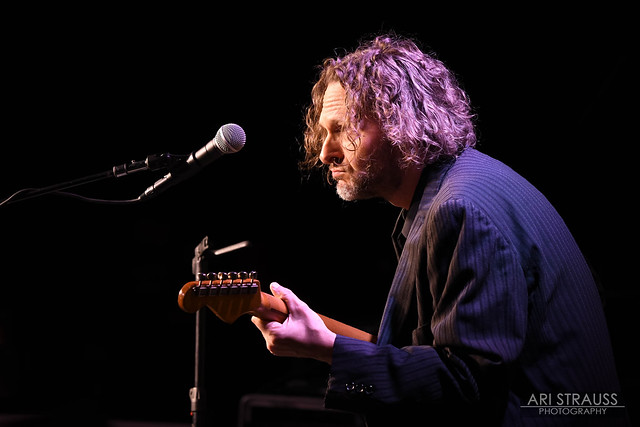 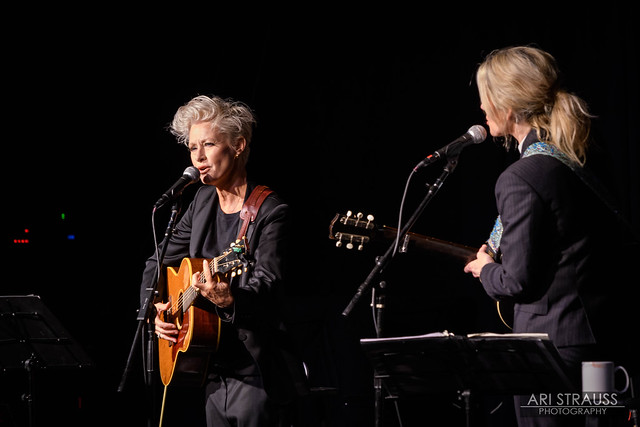 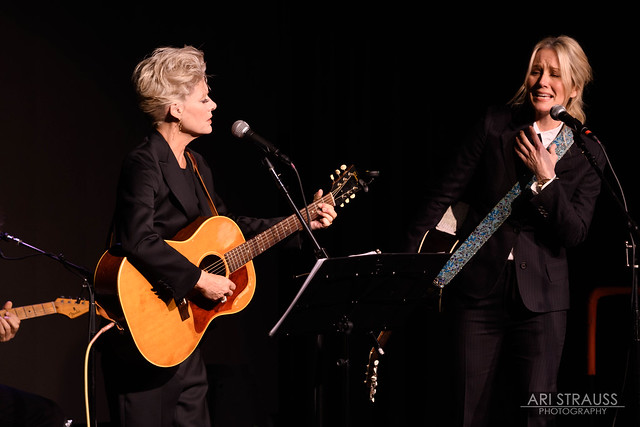 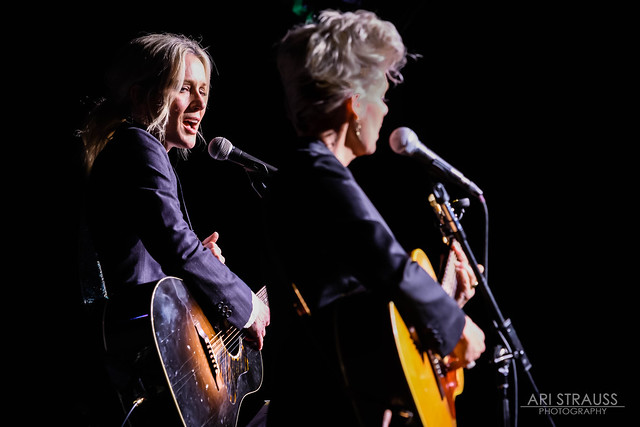 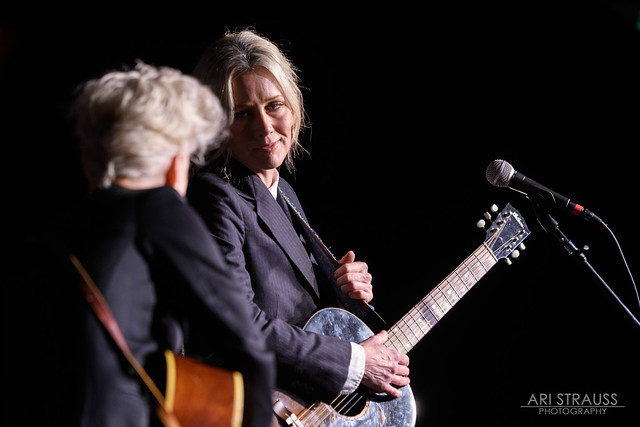