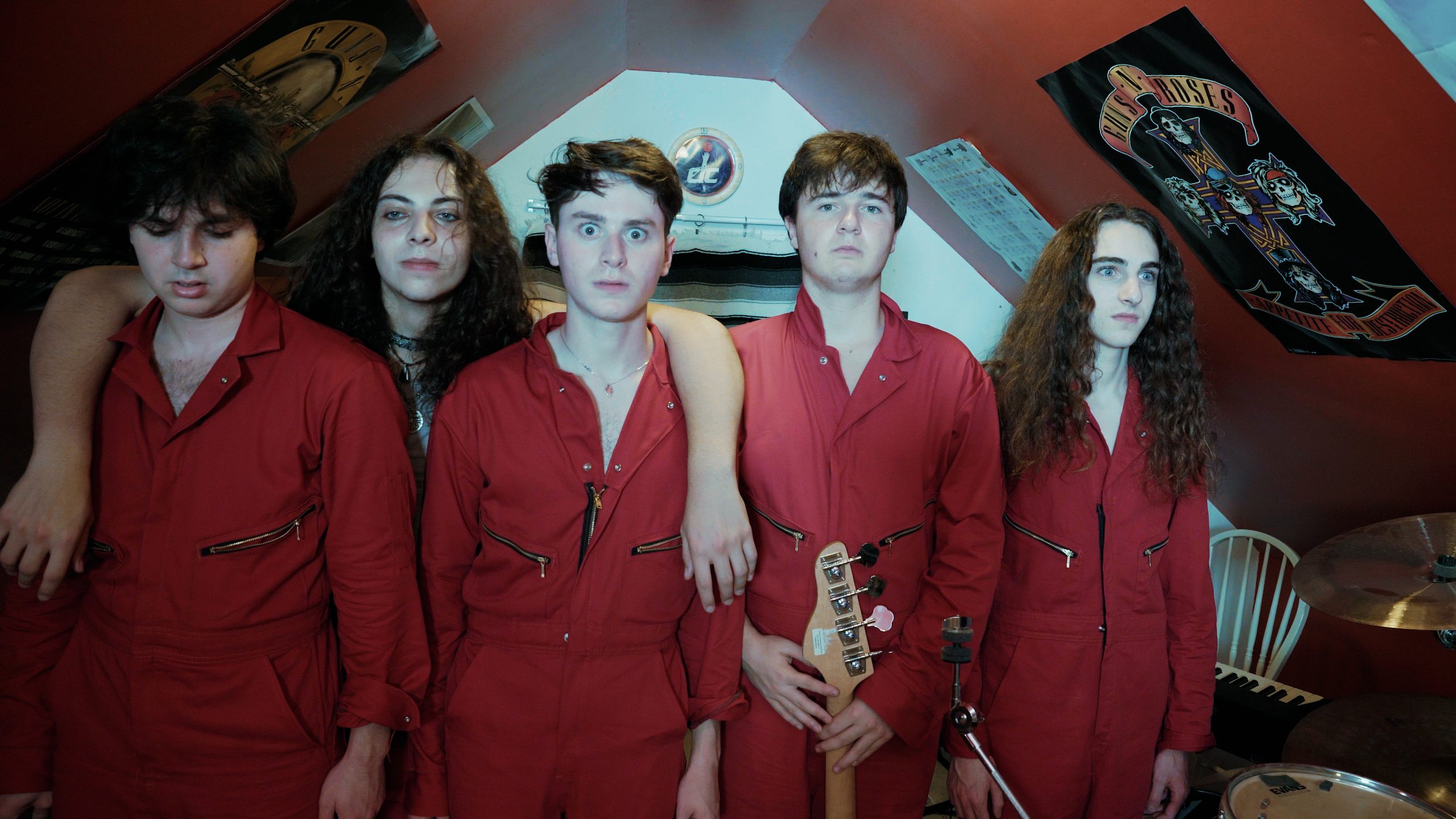 Young DC rockers One Way Out recently released their second music video of 2022, “Red”, ahead of their Music and Euphoria Summer Tour. The band performs at DC9 for their local show on Saturday, June 4.

“Red” was released as the second single off of One Way Out’s sophomore album, The Sun, The Moon, The Truth, in March 2021. The song has over 23,000 streams on Spotify to date, the band’s most-streamed song. Written in the early weeks of the COVID-19 pandemic, the single tackles topics that confronted many during the lockdown such as uncertainty, isolation, and self-reflection.

The video reflects the confusion of the time, depicting the band staying home in a claustrophobic room, descending into madness as the video progresses. The video was shot, edited, and produced by longtime collaborator Carter Louthian. Following the video’s release, the band will embark on a nine-date east coast tour, including that show at DC9.

Watch the official music video for “Red” by One Way Out on YouTube:

Lyrically, the song is an immediate reaction to the Coronavirus pandemic, released one year to the day after lockdowns began, and it recalls the initial feelings and confusion surrounding the lockdown and the disease. In spite of the negativity, the hook stresses the power of such a crisis to connect people throughout the world through the ubiquity of the situation, with lines like “united by division” and “universal blurry vision.”

The song also drew inspiration from the 1994 film The Shawshank Redemption. Guitarist Jake Schaefer said, “A scene that really stuck out was when Andy Dufresne starts blasting opera for the whole prison. They were locked up and we were locked down, but music was giving us hope to get through it.” The band confronts these novel challenges with a time-honored musical tradition — the blues.

Taking cues from such blues rockers as T. Rex and The Doors, the song displays its roots with bluesy chord progressions outlined by Giulio Iacoviello’s bassline, Schaefer’s slide guitar, and keyboardist Ari Rubenstein’s banging on an upright piano. Over this, the band injects the song with more modern sounds including Josh Gaba’s screeching layered vocals, Geist Topping’s pounding drums, and distorted guitar through a talkbox.

The video emphasizes these themes, centering on the band stuck in a bright red room, drifting into lunacy as the song goes on. “We decided to shoot the video up in my attic to keep the theme of staying at home during the pandemic,” Schaefer said. “It was definitely a plus that everything in that room is red, I think it’s a color that can already drive you crazy when you’re surrounded by it for too long.”

One Way Out is a rock band from DC known for their eclectic style: a meld of classic and blues-inspired late ’60s/early ’70s rock with progressive elements inspired by metal, hard rock, and jazz. The band also takes on the aggression of punk emanating from the local DC scene and the philosophies of more modern acts, such as King Gizzard and the Lizard Wizard, Oh Sees, and Tame Impala.

The band hit the road for their Music and Euphoria Summer Tour on May 27, running through New London, Albany, Providence, Boston, New York City, hometown DC, Philadelphia, Richmond, and Baltimore.

See a full list of tour dates for One Way Out.