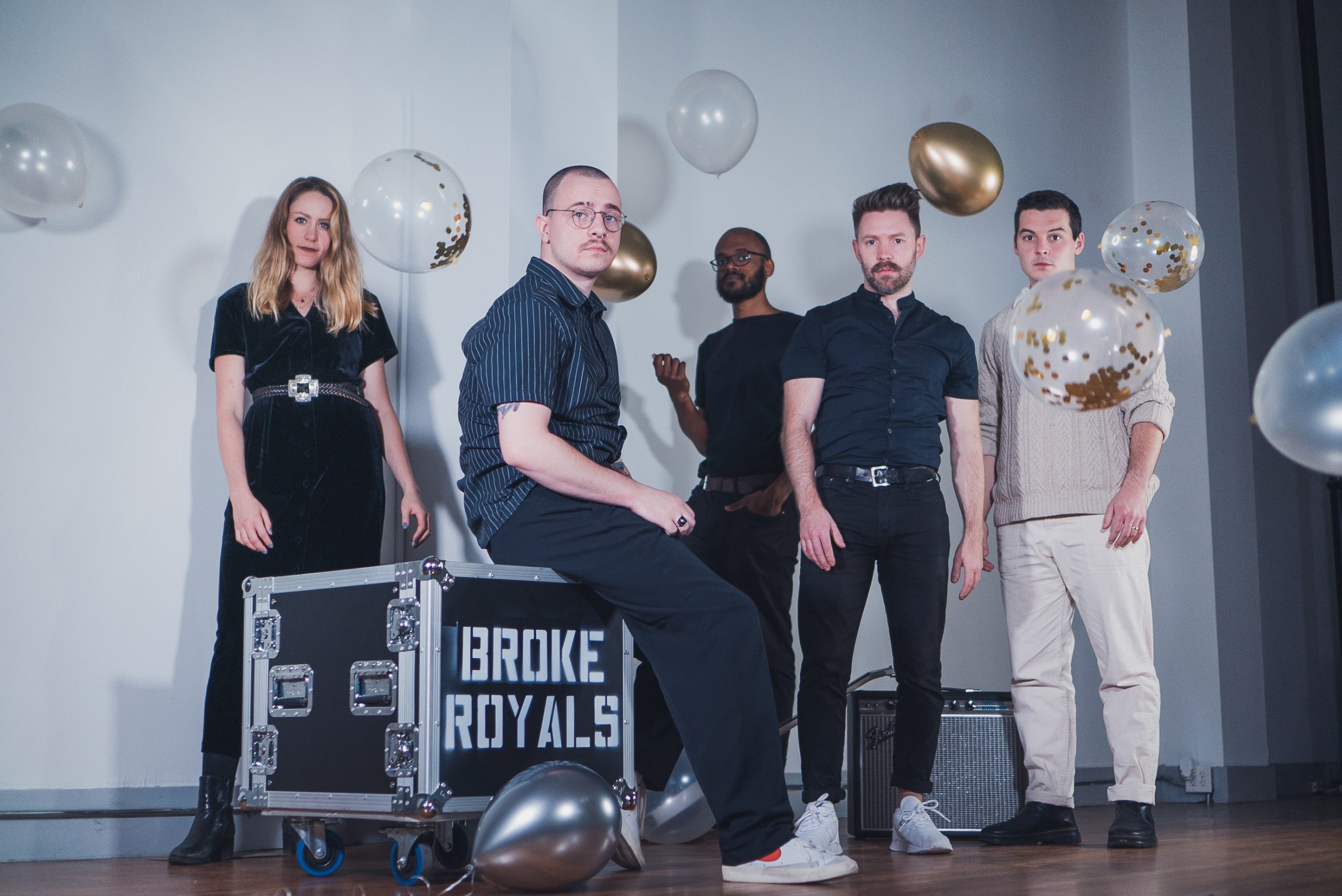 DC heartland rockers Broke Royals release Local Support, their third album, via Byrdland Records on Friday, July 15. The band recently debuted a music video for “All I Have to Show,” a single from Local Support.

Local Support is an album about being brutally honest, savoring small moments, and finding the strength to start over. Despite being the band’s third full length album, in many ways it feels like their debut. For years, the band was putting one foot in front of the other with gigs and writing, it was a grind, albeit a familiar one. After the world came to a screeching halt in 2020 and the dust began to settle, it appeared that not everything should go back to the way it was. Even relationships within Broke Royals were strained, leaving the future of the band feeling uncertain.

“‘All I Have to Show’ is about starting over in the wake of generational trauma. The song combines stories from several real acquaintances of mine. For some people the only answer in the face of abuse is to leave town and start again. This song presents that story in a hopeful light. Two people in love heading out on the road to escape. At the end of the day, having each other is enough,” said Broke Royals’ Philip Basnight.

Watch the official music video for “All I Have to Show” by Broke Royals on YouTube:

By the start of 2020, Broke Royals had a comfortable process. Philip Basnight (vocals, guitar), Colin Cross (drums), Taimir Gore (bass), Rebecca Silverstein (keys), and Ben Wilson (guitar) had released two full-length albums and knew how to construct a typical “Broke Royals” song. But they wanted to step outside their comfort zone and mix things up. Enter Bartees Strange, their guide into the genre-bending unknown.

Together, Broke Royals and Bartees Strange began building up and breaking down ideas. The result is Broke Royals’ most exciting collection of songs to date. At the heart of the new record is a rock & roll band grooving in lockstep, melding the sounds of today with those of their heroes. The influences of Bruce Springsteen and Tom Petty shine through with particular clarity! And the new record, Local Support, is the first vinyl release of local Byrdland Records.

Byrdland Records co-owner Joe Lapan said, “The partnership with Broke Royals arose very organically. We have been friends and fans of their work. By helping produce, release and promote Local Support, Byrdland Records and Broke Royals are taking a step together to originate and create a new platform for DC-area Music. In addition to being able to carry the album in our shop, we will also host a vinyl release show at Songbyrd Music House and assist in the distribution of the album to other stores and outlets. All of this allows us to bundle the various points of interest in the local music cycle and synergize around those points.”

Visit the website of Broke Royals for more music.

Visit Byrdland Records online for more about the store and label.