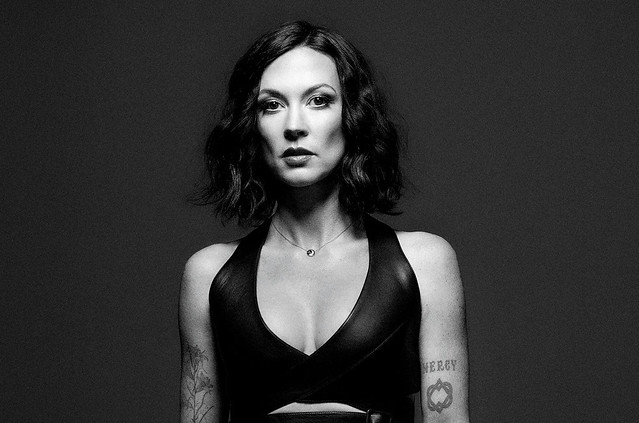 Just a few weeks ago, Amanda Shires released Take It Like a Man, her new album via ATO Records. Next month, the trailblazing alt-country singer-songwriter launches a tour in support of the album, and she headlines the legendary 9:30 Club on Friday, Sept. 9.

In anticipation of the album, Amanda released “Hawk for the Dove” as the lead single. Amanda and producer Lawrence Rothman co-wrote the single and the album’s title track, “Take It Like a Man.”

Said Amanda of “Hawk for the Dove”: “I want people to know that it’s okay to be a 40-year-old woman and be more than just a character in somebody else’s life. The song and the visual representation of the song deal with the emotions that turn prey into predator.”

Watch the official music video for “Hawk for the Dove” by Amanda Shires on YouTube:

The native Texan got her start playing fiddle with the legendary Texas Playboys at 15. She toured and collaborated with John Prine, Todd Snider, Justin Townes Earle, and others, and has long been a member of husband Jason Isbell’s 400 Unit band. Winner of the Americana Music Association’s 2017 Emerging Artist of the Year award, she has released a series of rapturously received solo albums.

“I realize I have a responsibility to tell the truth and if it empowers someone, all the better,” Shires saod. “My goal is to accurately explain my feelings to myself and hopefully find folks out there that feel or have felt the ways that I do. I share so much personal information so that others don’t have to feel alone.”

That’s something she has achieved superbly on her new album, thanks in large part to a creative rebirth during the pandemic lockdown days.

“Everything on the record is autobiographical. I didn’t hold anything back. Then, if the details were boring I infused other stories,” Amanda said. “Like my granddad said, if your story’s not good enough just make it better.” 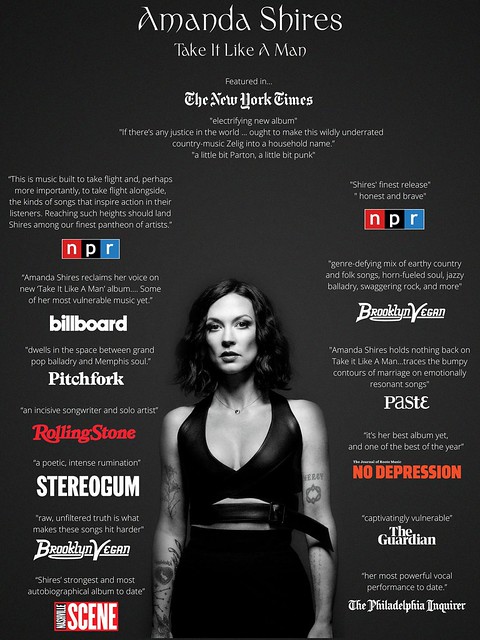