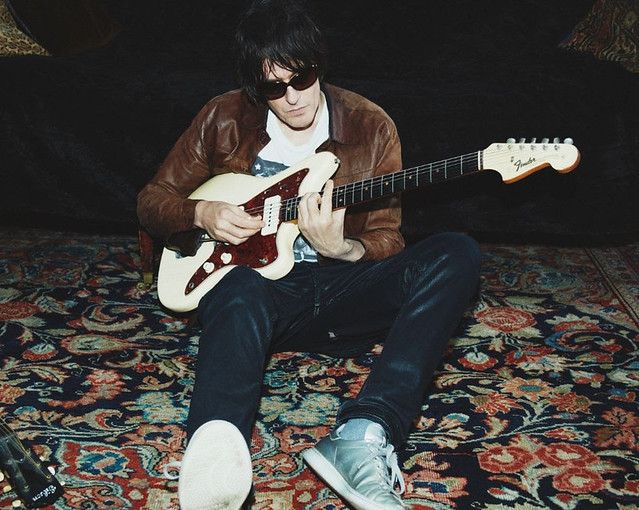 In celebration, Spiritualized launched a North American tour that heads to the 9:30 Club on Thursday, Sept. 8.

While some people imploded in the lockdowns and isolation of the epidemic, others were thriving. “I felt like I’d been in training for this my whole life” says J Spaceman.

He was referring to his fondness for isolation and when you reframe loneliness as “beautiful solitude” then it isn’t so bad. He would walk through an empty “Roman London” where “even the sirens had stopped singing” and where the world was “full of birdsong and strangeness and no contrails.” He used the birdsong walks to listen and try and make sense of all the music playing in his head. The mixes of his new record, a ninth studio album, weren’t working out yet.

Watch Spiritualized perform “Let It Bleed” from their new album live on YouTube:

Spaceman plays 16 different instruments on Everything Was Beautiful, which was put down at 11 different studios, as well as at his home. He also employed more than 30 musicians and singers including his daughter Poppy, long-time collaborator and friend John Coxon, string and brass sections, choirs and finger bells and chimes from the Whitechapel Bell Foundry. So there’s a lot going on.

Spaceman said: “There was so much information on it that the slightest move would unbalance it, but going around in circles is important to me. Not like you’re spiraling out of control but you’re going around and around and on each revolution you hold onto the good each time. Sure, you get mistakes as well, but you hold on to some of those too and that’s how you kind of… achieve. Well, you get there.”