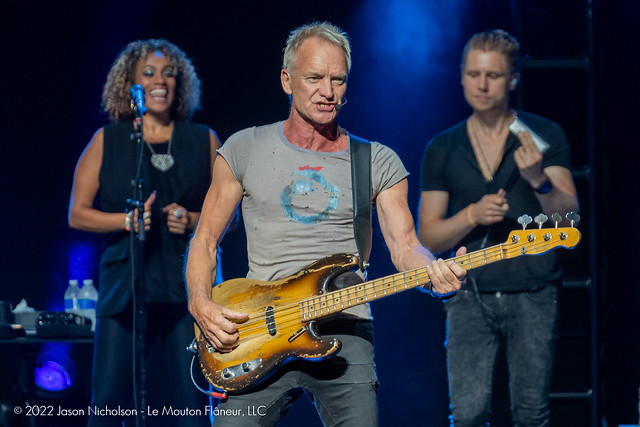 Sting, the famed musician born Gordon Sumner, recently played three nights at Wolf Trap on his 2022 My Songs Tour. Jason Nicholson was there to photograph the first of three nights.

Although Sting released a new album, The Bridge, in 2021, he performed only three songs from it in a 19-song setlist at the Filene Center at Wolf Trap on Sept. 2. In a career retrospective, Sting performed a staggering seven songs from his time with the Police, the band he fronted for five albums from 1978-83.

Sting began the show with “Message in a Bottle” from 1979’s Regatta de Blanc, and he soon played “Every Little Thing She Does Is Magic” from 1981′ Ghost in the Machine. He closed his main set with “Every Breath You Take” from 1983’s outstanding Synchronicity and played “Roxanne,” one of the Police’s earliest singles and arguably still Sting’s most famous vocal performance, in the encore.

The three songs from The Bridge included “If It’s Love,” “For Her Love,” and “Rushing Water” — all played in a row in the first third of the show.

Watch the official music video for “If It’s Love” by Sting on YouTube:

Composer, singer-songwriter, actor, author, and activist Sting was born in Newcastle, England, before moving to London in 1977 to form The Police with Stewart Copeland and Andy Summers. The band released five studio albums, earned six GRAMMY Awards and two Brits, and they were inducted into The Rock and Roll Hall of Fame in 2003.

As one of the world’s most distinctive solo artists, Sting has received an additional 11 GRAMMY Awards, two Brits, a Golden Globe, an Emmy, four Oscar nominations, a TONY nomination, Billboard Magazine’s Century Award, and MusiCares 2004 Person of the Year. In 2003, he was made a Commander of the Order of the British Empire (CBE) by Queen Elizabeth II for his myriad contributions to music. Also a member of the Songwriters Hall of Fame, he has received the Kennedy Center Honors, The American Music Award of Merit, and The Polar Music Prize. Sting has been awarded Honorary Doctorates of Music by the University of Northumbria (1992), Berklee College of Music (1994), University of Newcastle upon Tyne (2006), and Brown University at its 250th Commencement ceremony (2018).

Sting also welcomed two opening acts — The Last Bandoleros and his own son Joe Sumner — and Jason Nicholson photographed them as well.

Catch Sting on tour near you!

Here are some photos of The Last Bandoleros performing at Wolf Trap on Sept. 2, 2022. All pictures copyright and courtesy of Jason Nicholson. 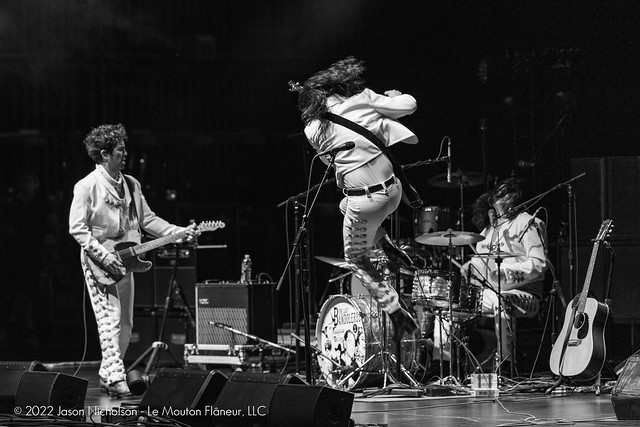 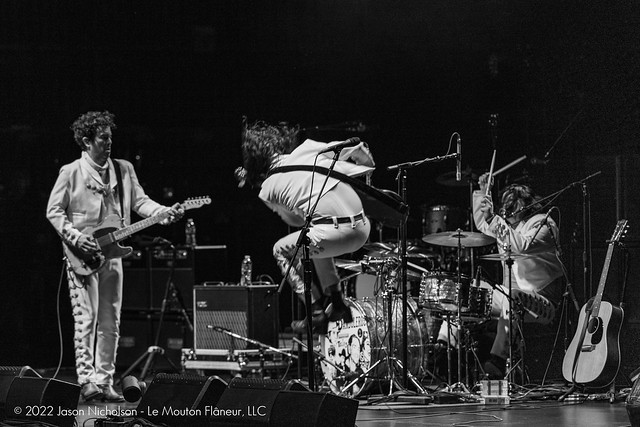 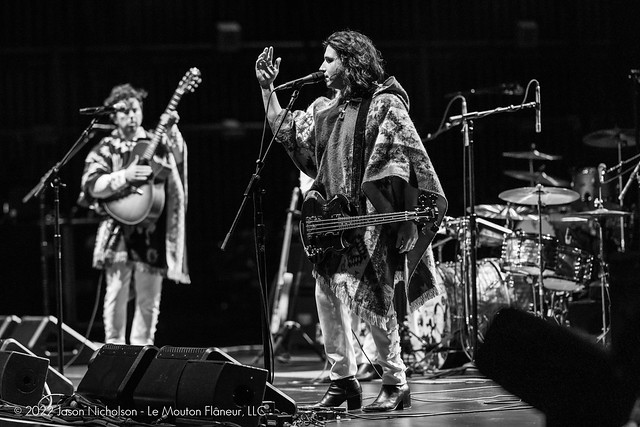 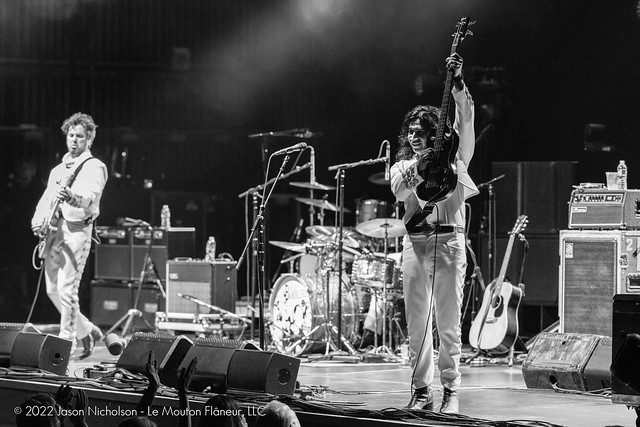 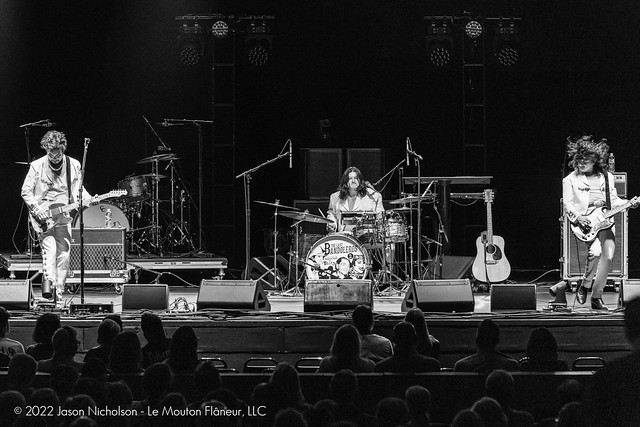 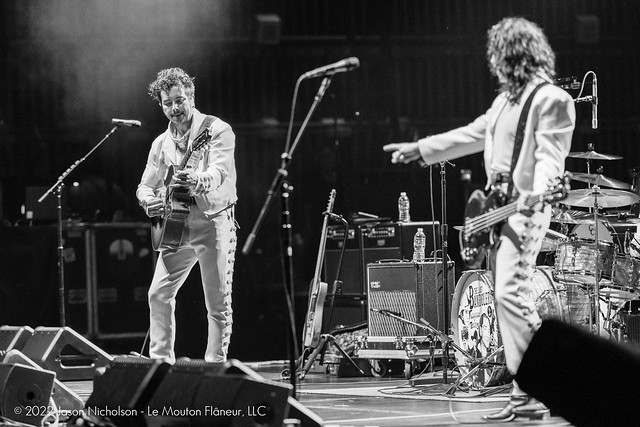 Here are a few photos of Joe Sumner that same night! 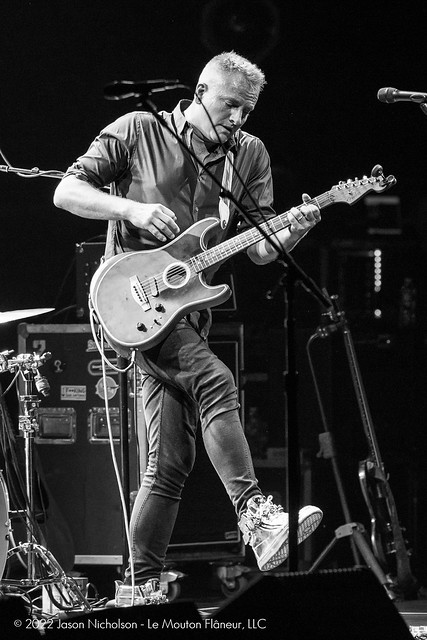 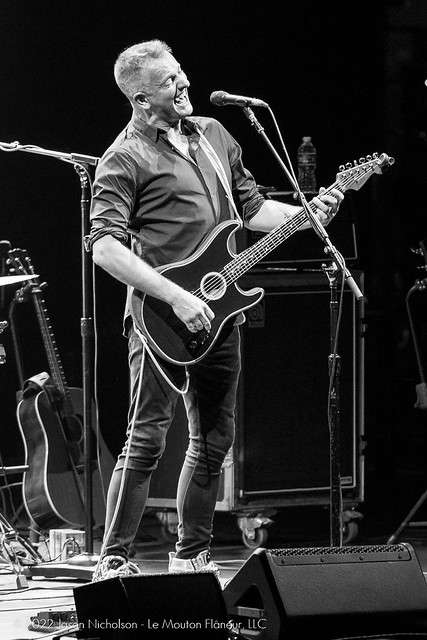 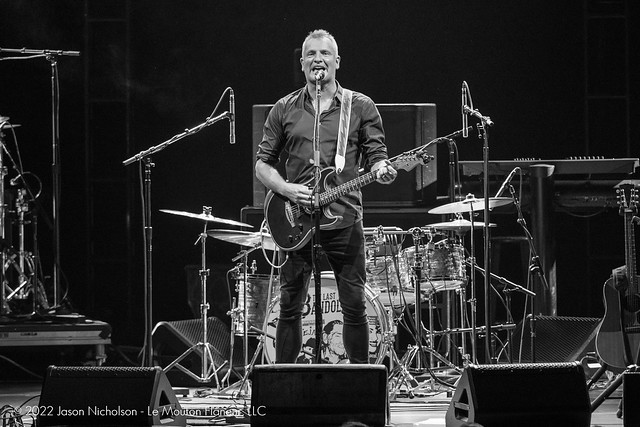 And here are some photos of Sting performing at Wolf Trap on Sept. 2, 2022. All pictures copyright and courtesy of Jason Nicholson. 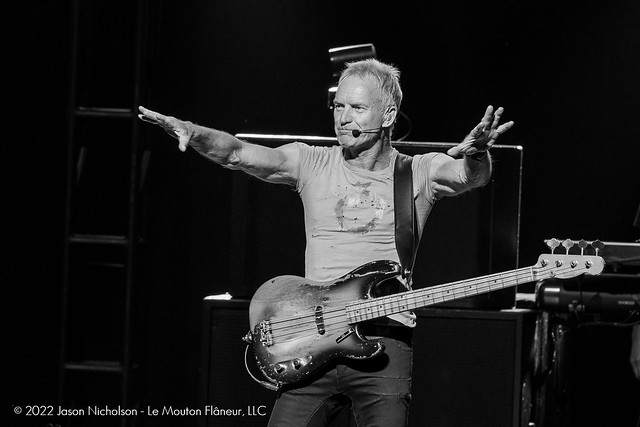 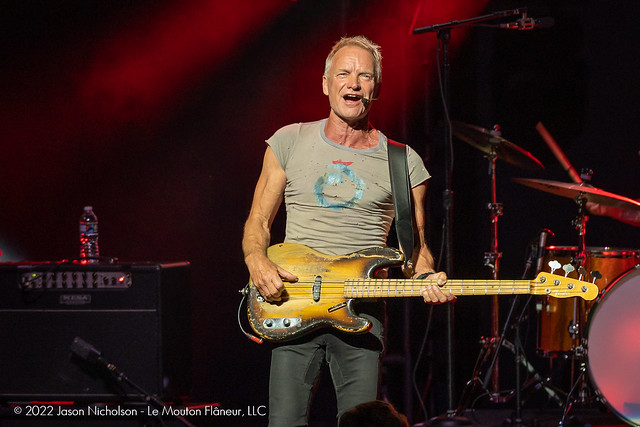 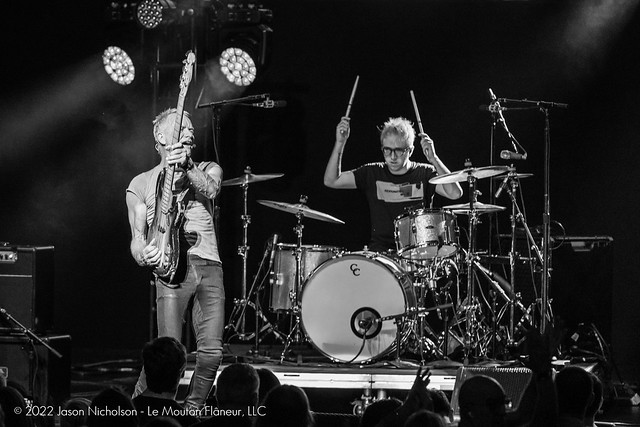 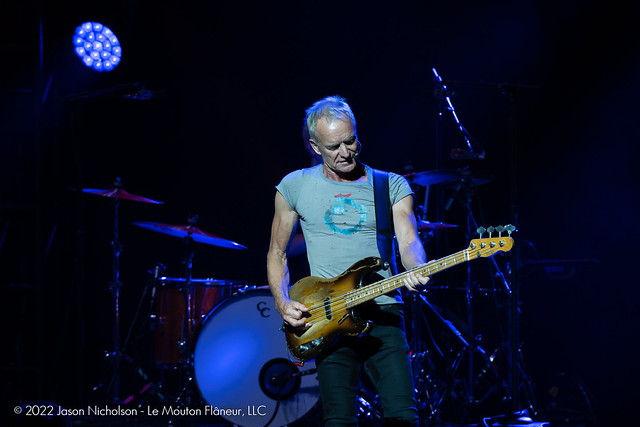 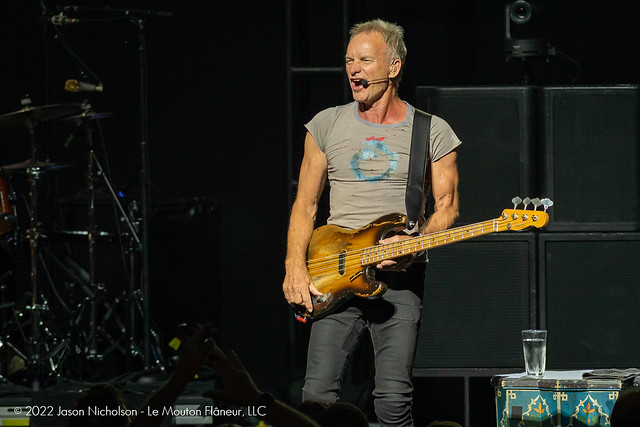 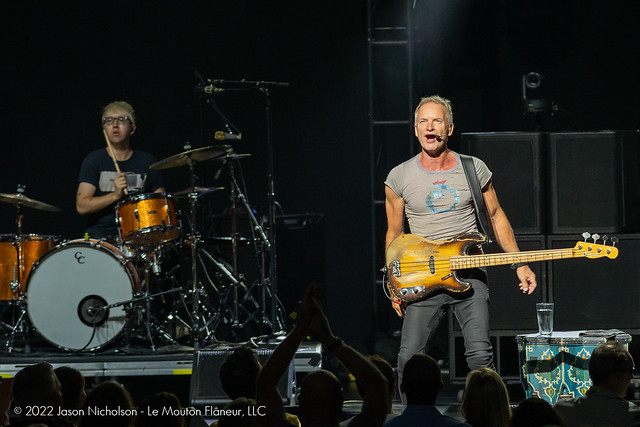 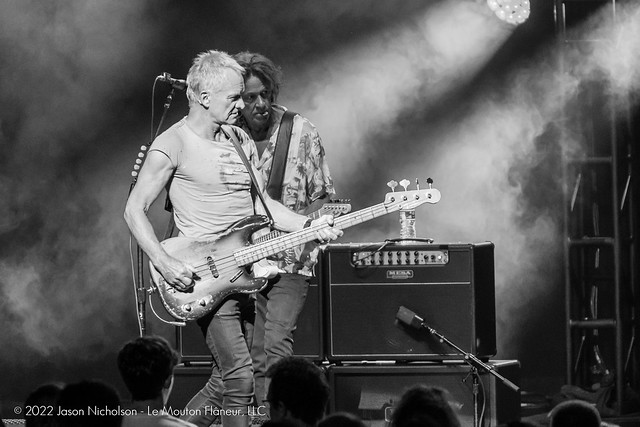 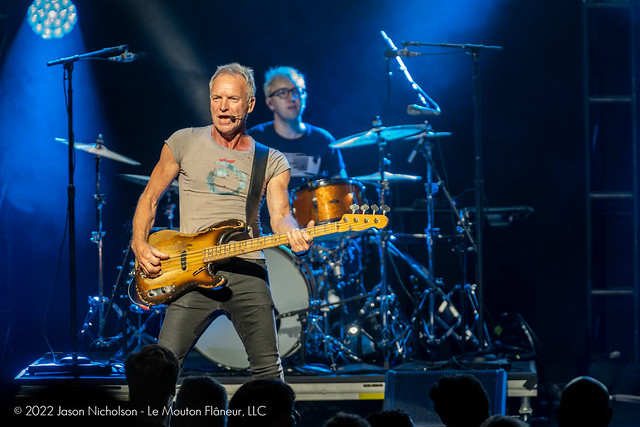 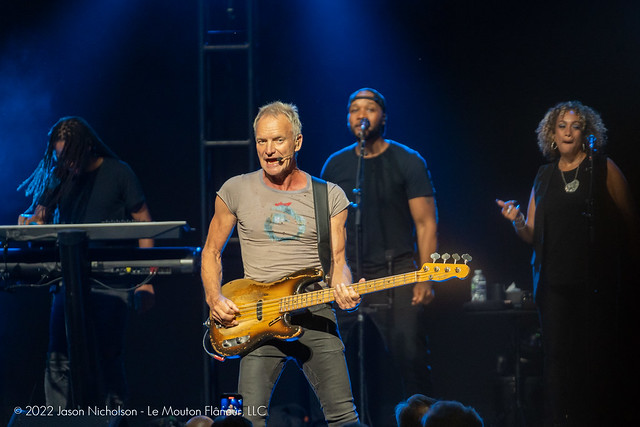 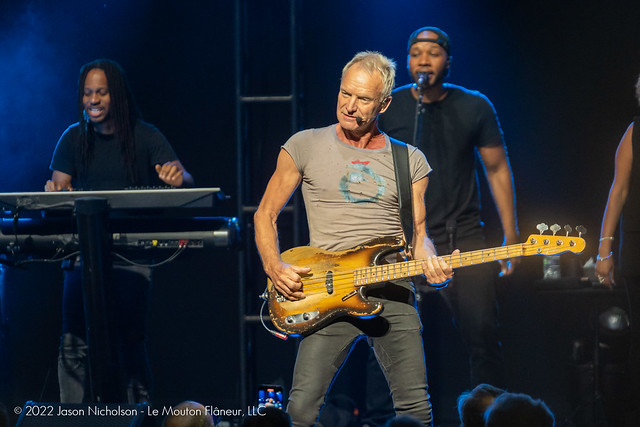 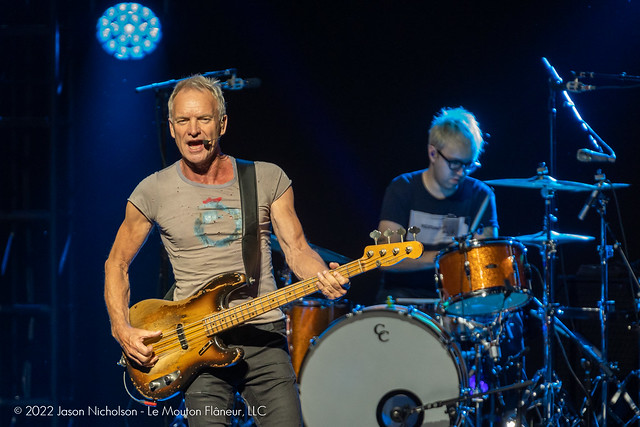 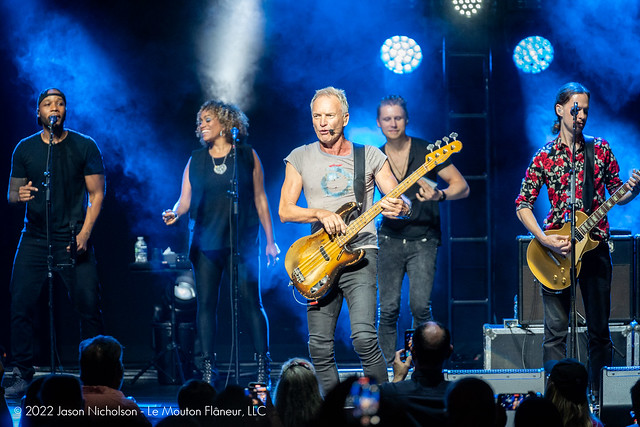 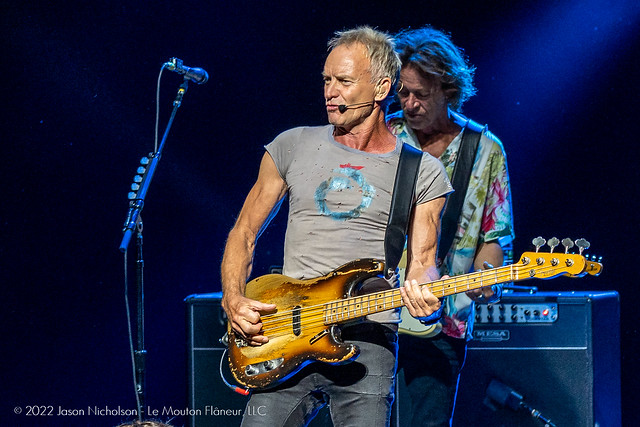