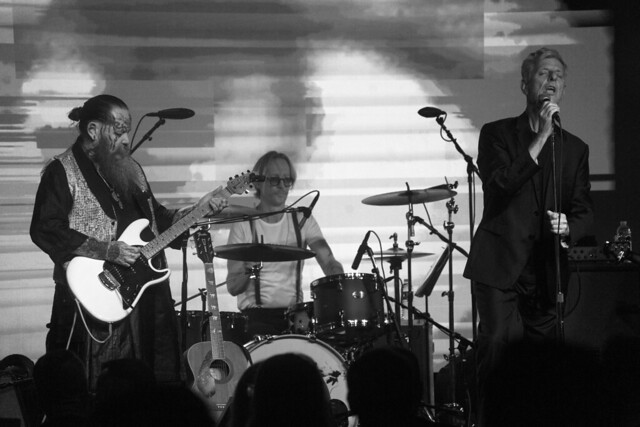 Modern English performs at The Birchmere on Sept. 14, 2022. (Photo by Mickey McCarter)

Modern English visited The Birchmere recently to play through their album After the Snow in its entirety, in tracklist order.

Well, they didn’t play *the one song* everyone wanted to hear in the tracklist, saving it for the end of the show. “Half of you would bugger off home” after Modern English performed “Melt With You,” in the estimation of frontman Robbie Grey.

As it turned out, no one in the very full concert hall wanted to be anywhere else other than fully immersed in the atmospheric brilliance of a very sharp collection of pop songs. Dancing broke out in front of the stage and in the aisles.

That year saw the release of UK albums that stand like giants to Gen X new wave kids — Duran Duran’s Rio, Simple Minds’ New Gold Dream (81-82-83-84), Yazoo’s Upstairs at Eric’s. And Modern English went into the studio to record After the Snow, the band’s second album, that same year for 4AD. Someone was doing something right.

In the room to record that album were vocalist Robbie, guitarist Gary McDowell, bassist Mick Conroy, and keyboardist Stephen Walker. The four men now tour the planet playing their catalog of highly original yet danceable music, but still no song remains more anticipated than the record’s “Melt With You.” And so the band held it until the end at The Birchmere on Sept. 14.

Watch Modern English perform “Melt With You” live and remotely in a lockdown session during the pandemic in 2020 via YouTube:

Modern English opened the show with “16 Days,” the first track of their debut album Mesh & Lace. The song set the temp for the show through the hammering drums of Roy Martin, a member of the band since 2010. The urgency and simplicity of “16 Days” communicated loss and separation, to be sure. I like to think of it as a song about being away from a lover for too long a period, and how that’s like being in solitary confinement. But the band also sprang alive to the song’s jaunty rhythm, a sort of signature element of their DNA. That undeniable liveliness lies at the heart of Modern English and maybe all of their songs. And “16 Days” and others hooked listeners thanks to that inherent buoyancy.

After a second song not on After the Snow, Modern English jumped into the album (minus of course “Melt With You”). Toward the end of the album set, the band performed “Carry Me Down,” as demanded by the tracklist order of the record. The song seemed perfectly suited to the mystic guitar of Gary McDowell, who appeared more as a wise druid than a musician upon first sight these days. But he spun some very fine music indeed, and collectively the band formed a very tight unit to convey the romance and wistfulness of the number. It is a triumph of a tune.

Stream “Carry Me Down” by Modern English on YouTube:

After seven songs from After the Snow, which sounds even more full and engaging after 40 years than ever, Modern English turned their attention to other gems in their catalog. Notably, they played the very earnestly new wave “Moonbeam” from their 2016 album Take Me to the Trees. As we have reported in this blog previously, Take Me to the Trees was an artistic triumph for Modern English, sparkling with effervescent yet meaningful tunes, and “Moonbeam” is the best of them. It was also a strong showcase for keyboardist Stephen, who added zip to the refrain and also the entire concert with his Korg and Nord synthesizers.

Before they finally tackled “Melt with You,” Modern English injected “Hands Across the Sea” into the set for a dash of third album Ricochet Days. “Hands Across the Sea” and its prominent bassline gave us an opportunity to appreciate the masterful instrumentation of bassist Mick, who certainly keeps the pulse of Modern English. This rather dapper gent could muscle his way into dominant any song, but he has enough fine control to flex and unwind gently and precisely, imparting a critical component of Modern English’s lively spark into every song.

Watch the official music video for “Hands Across the Sea” by Modern English on YouTube:

After “Melt With You,” Modern English returned for a one-song encore, playing “Swans on Glass,” also from Mesh & Lace. I’ve previously hailed Modern English as “professors of post-punk,” and their cred as one of the originals in the early days of the genre springs from songs like “Swans on Glass.” Through the length of the song, Robbie raced with a foreboding lyric that would have done Ian Curtis proud. Yet there was a remarkable cohesiveness from the band even in this song’s ragged edges. A song by Modern English will always rise.

So long as I’m able, I will see this band whenever they perform near me, and they undoubtedly will remain as fresh and powerful as ever.

Here are some photos of Modern English performing at The Birchmere on Sept. 14, 2022. All pictures copyright Parklife DC. 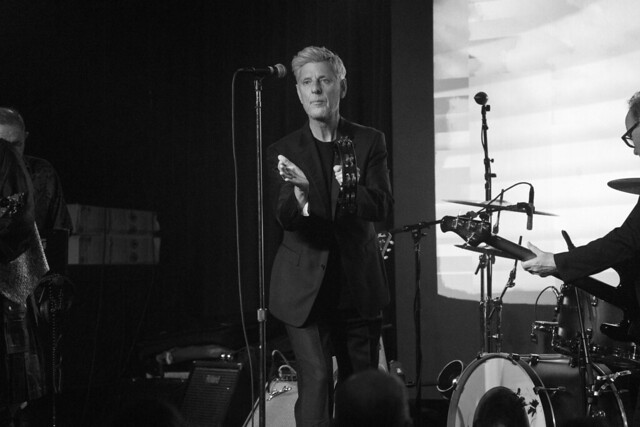 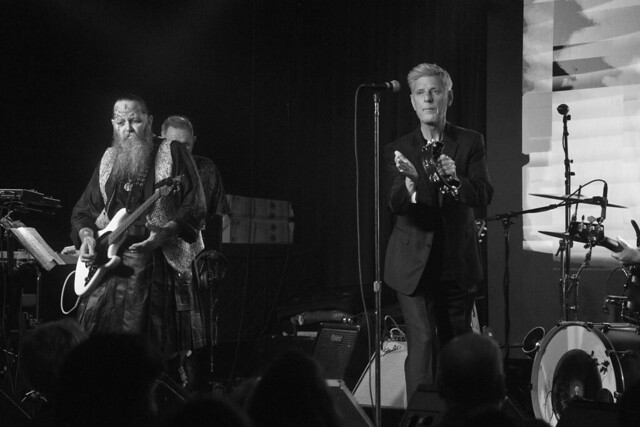 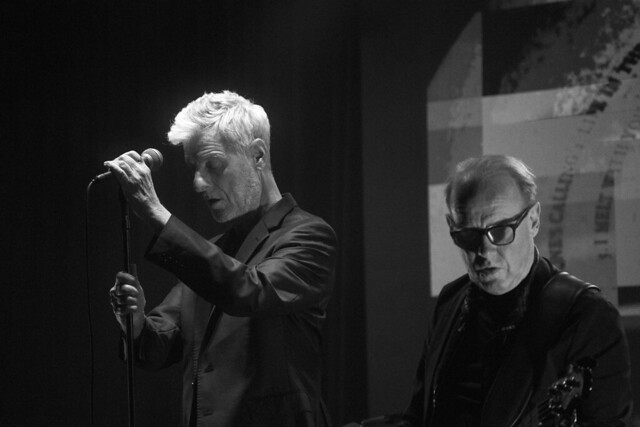 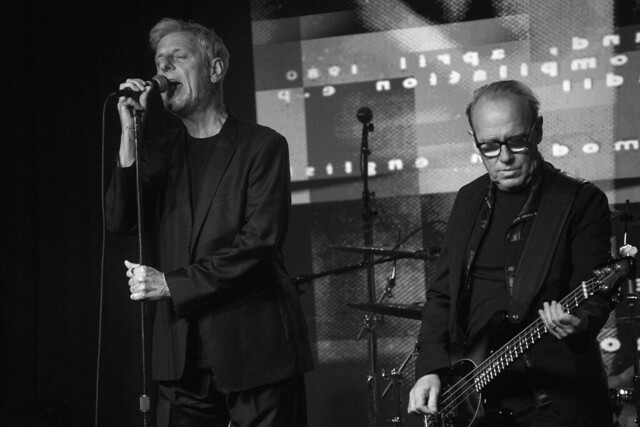 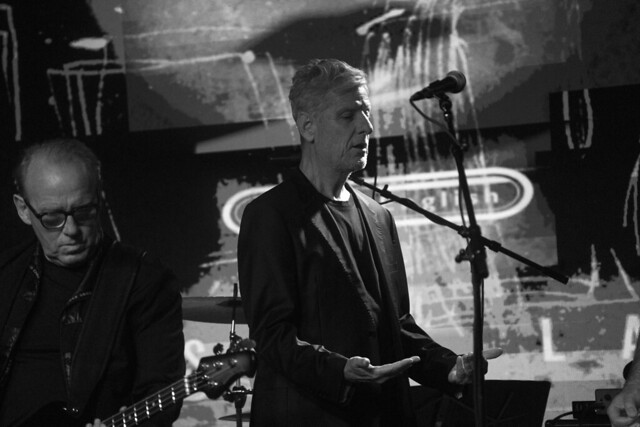 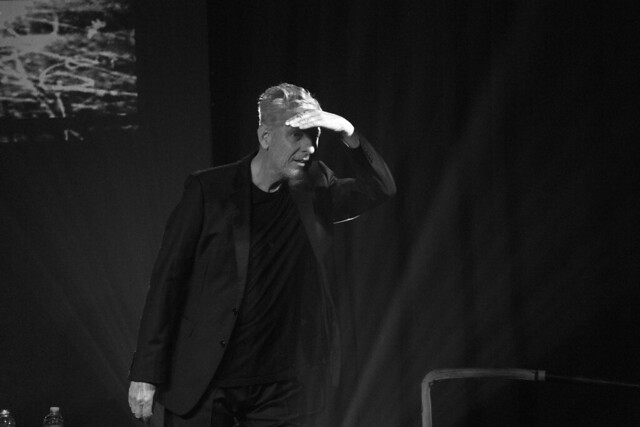 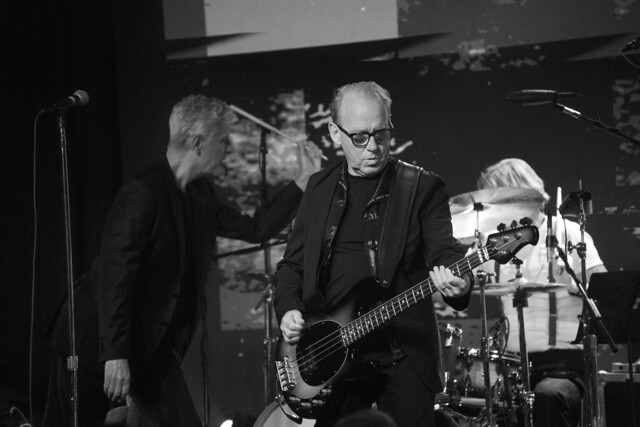 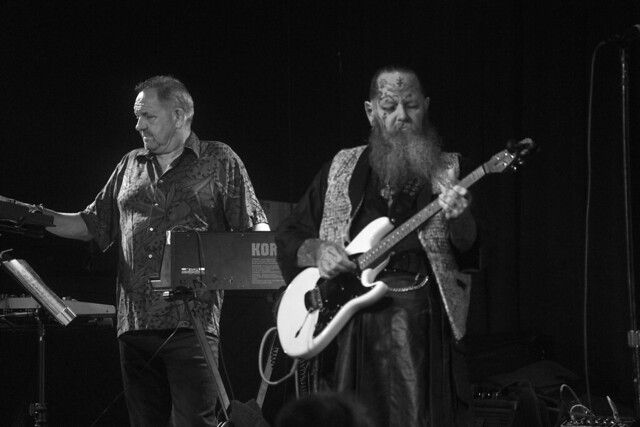 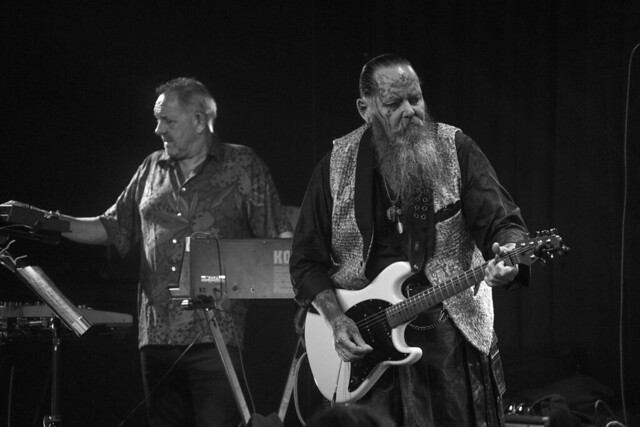 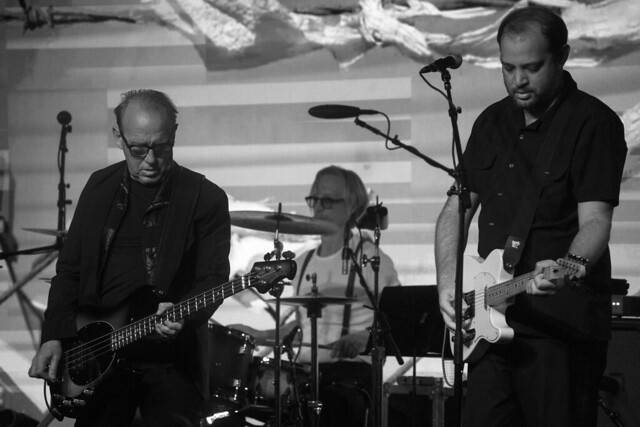 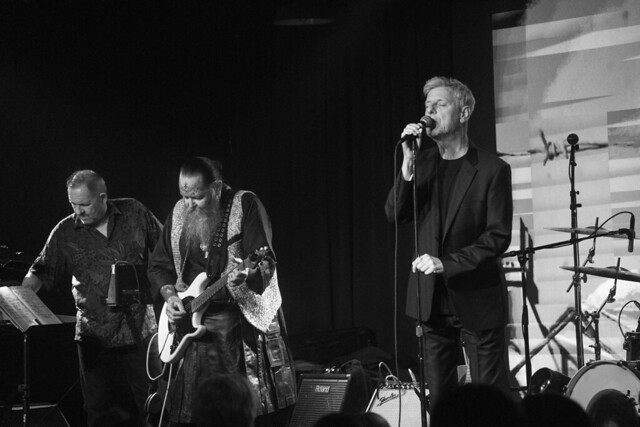 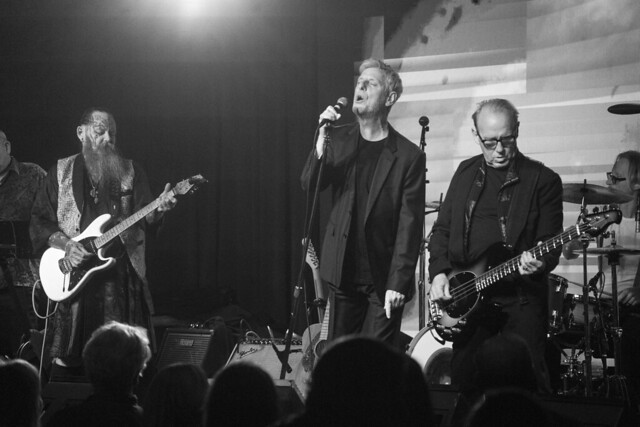 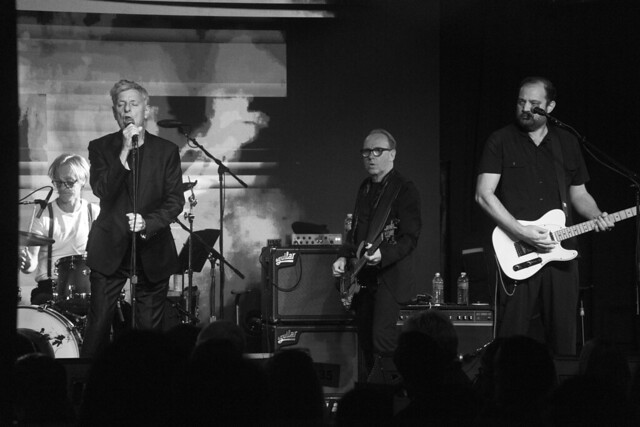 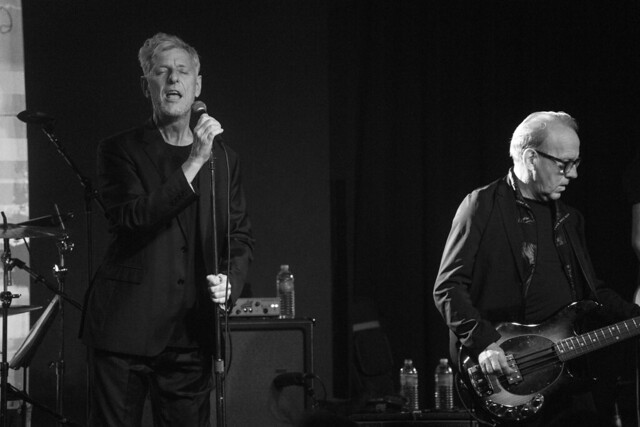 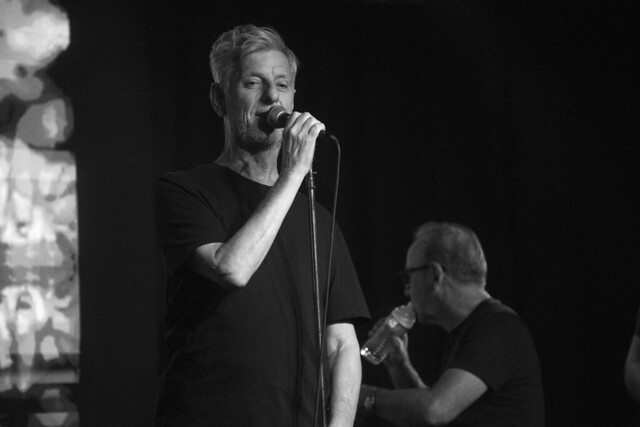 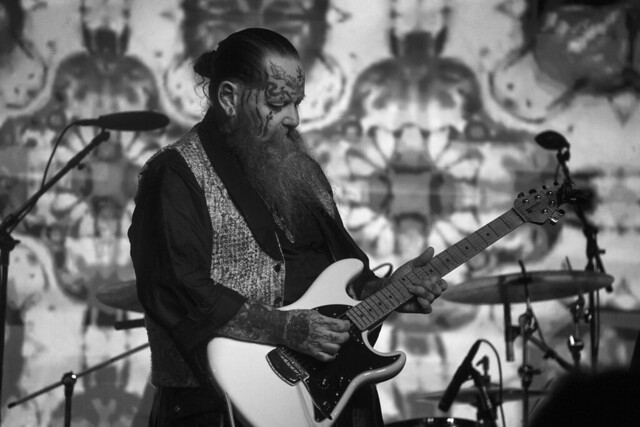 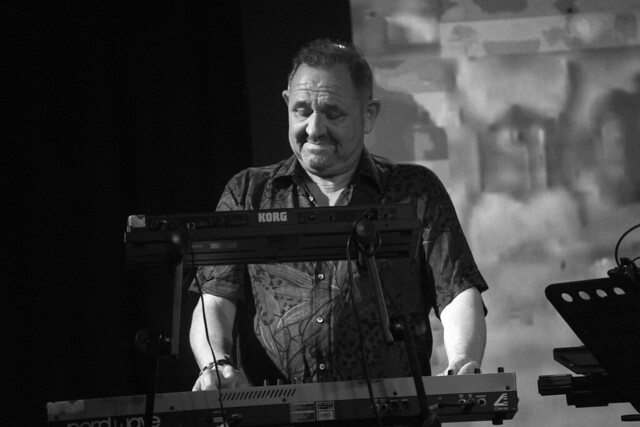 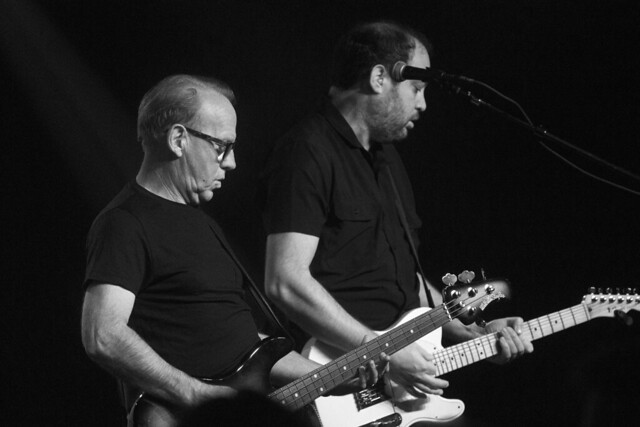 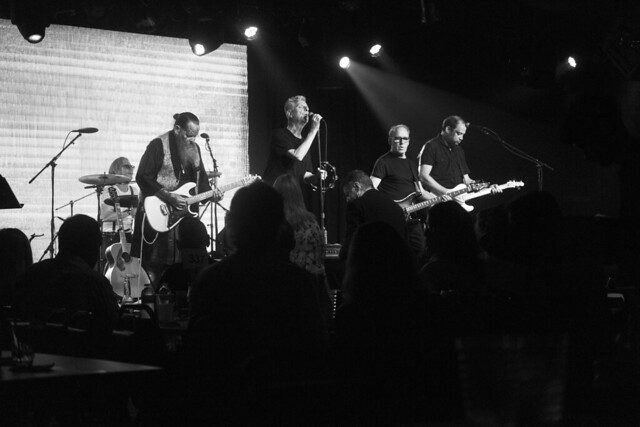 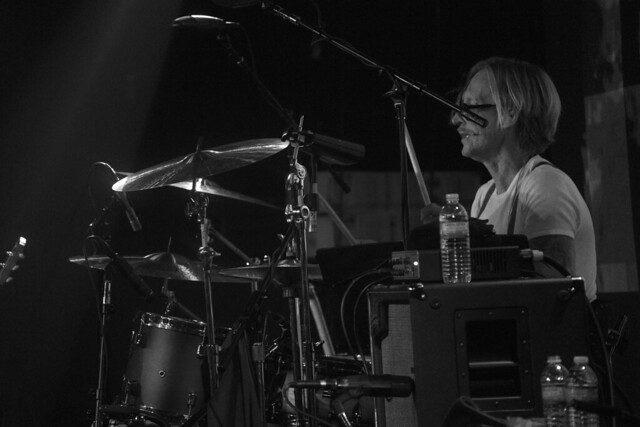 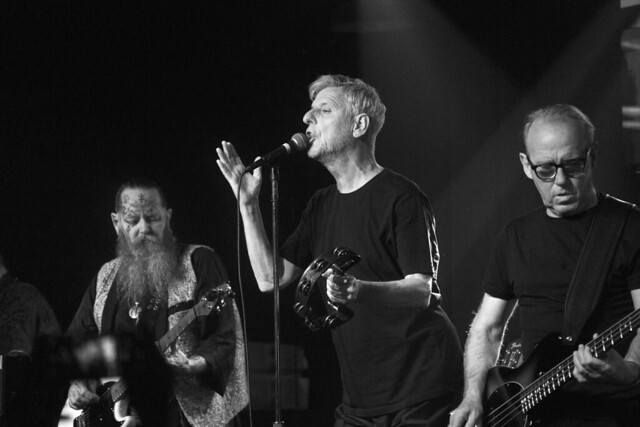 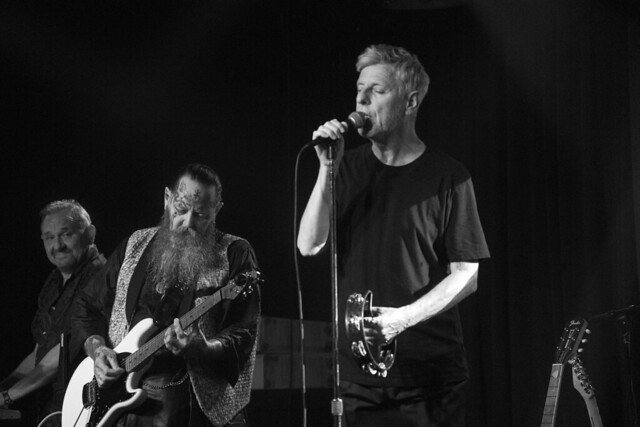