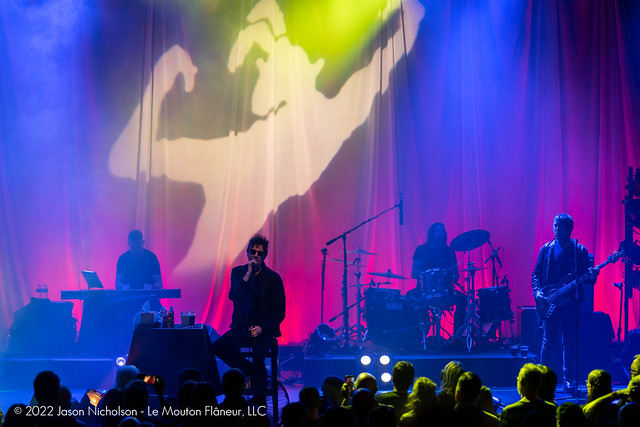 Echo & the Bunnymen perform at the Lincoln Theatre on Sept. 17, 2022. (Photos by Jason Nicholson; Words by Mickey McCarter)

Echo & the Bunnymen were inevitable.

By the late ’70s, electronic instruments had become more widely available, fueling a rise of experimentation in UK cities like London, Manchester, and Liverpool. Inspired by the DIY ethos of the Sex Pistols, many bands picked up these instruments and started creating.

But in Liverpool, Ian McCuloch and Will Sergeant were admirers of The Velvet Underground and the Doors, two psychedelic bands fronted by Americans. Once those bands had recorded, Echo & the Bunnymen were going to happen regardless of flashy keyboards or electronic drum machines. Their American musical roots perhaps explain why the duo still today gets the earnest rock star treatment from packed houses and eager audiences.

Ian, Will, and their touring bandmates once again received a recent hero’s welcome in DC in a sold-out performance at the Lincoln Theatre.

Toward the end of the main set at the Lincoln Theatre on Sept. 17, Echo & the Bunnymen covered “People Are Strange” by the Doors, a perennial concert favorite for the band. Ian and company originally recorded the cover for the soundtrack of the 1987 film The Lost Boys, checking a alt-pop rite of passage by placing a memorable tune into a film that retains cultural significance for the audience that still flocks to them.

In his trademark shades, Ian sang the song seated at stage center. His voice was powerful and pure, and he was very upbeat. But he claimed his full power at the very end of the show when next he performed “The Cutter,” kicking away his chair and grabbing his microphone with natural swagger. Even in the dim lights and fog, Ian’s personal magnetism drew the individual members of the audience from their seats as one.

Hailing from 1983’s Porcupine, “The Cutter” stands as one of the most recognizable songs of the ’80s mostly because a) it’s so unlike most other songs dominating the charts at the time and b) it has remarkably imaginative lyrics. I gleefully joined the rest of the house in singing “Say we can, say we will/ Not just another drop in the ocean.” Give me 1,200-1,300 people singing “The Cutter” any day over some manufactured lyric about love.

The song also slapped so well because Will stood to stage right of Ian, churning out that unforgettable melody on his guitar. What a hook!

Watch Echo & the Bunnymen perform “The Cutter” live for SXSW in 2013 on YouTube:

In 1983, “The Cutter” marked a turn for Echo & the Bunnymen. They already eschewed formulaic songwriting, but this single opened the door for a stampede of outstanding tunes to come. Echo & the Bunnymen released their best-known songs — “Never Stop,” “The Killing Moon,” “Seven Seas,” “Bring on the Dancing Horses,” “Lips Like Sugar,” and others — throughout the ’80s.

Echo & The Bunnymen played them all, drawing out the encore of the 17-song set for three returns to the stage. I think Ian and Will must truly enjoy Washington, DC, because they do spoil us with the encores when they are in town. The first encore song was “Lips Like Sugar” from 1985’s self-titled album, which they followed with “The Killing Moon” from 1984’s Ocean Rain. The very last encore song was Ocean Rain’s title track, one that Ian and Will like to savor. Ian sang the song deliberately, proudly, and tenderly. Will reverently bowed to his guitar as his strings sparkled in the darkness.

The Bunnymen were perfectly at home. And it was always meant to be so.

As an aside, Echo & the Bunnymen are slated to appear on a 2023 edition of the Cruel World festival, produced by California’s Goldenvoice, after not making the 2022 show. This means more Echo & the Bunnymen shows for us Americans next year! I for one hope they never stop.

Here are some photos of Echo & the Bunnymen performing at the Lincoln Theatre on Sept. 17, 2022. All pictures copyright and courtesy of Jason Nicholson. 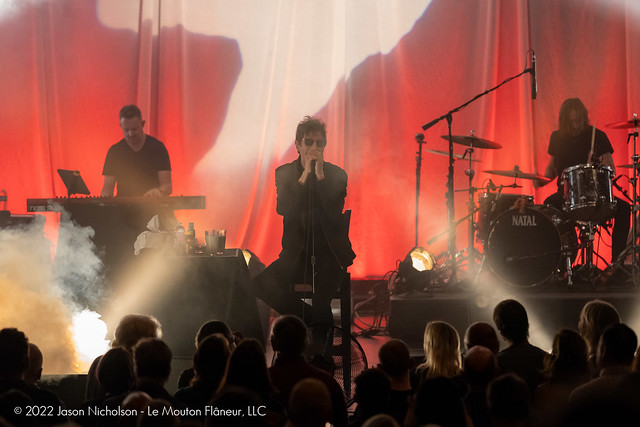 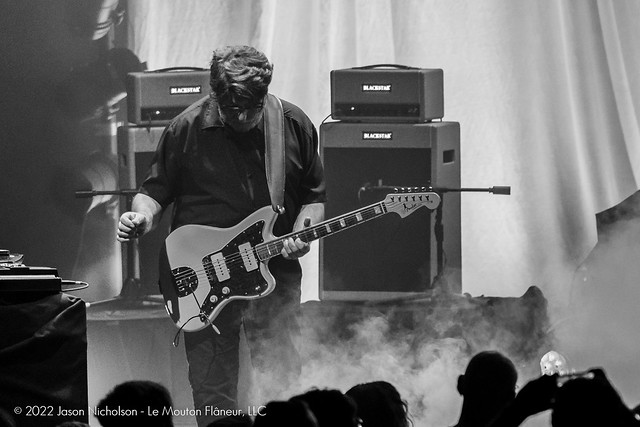 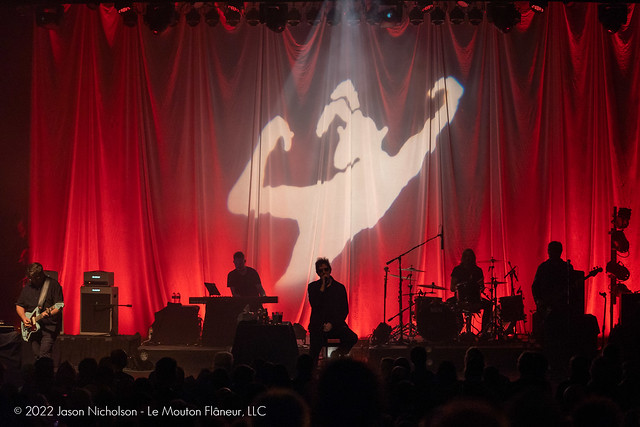 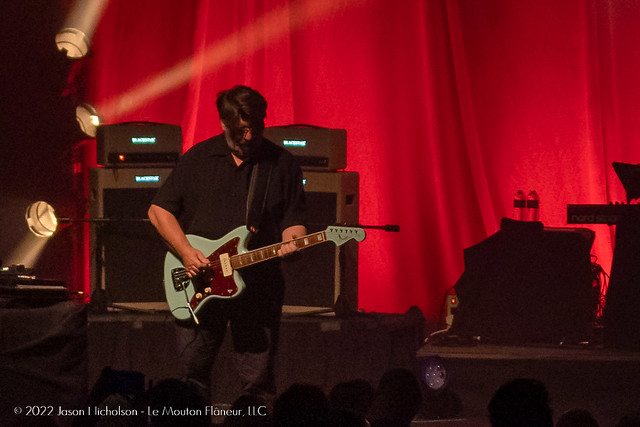 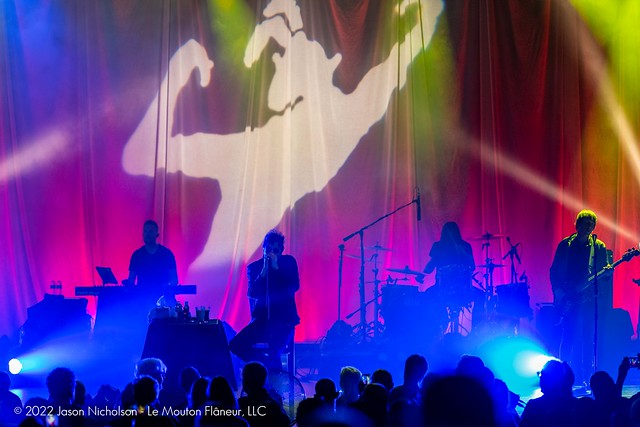 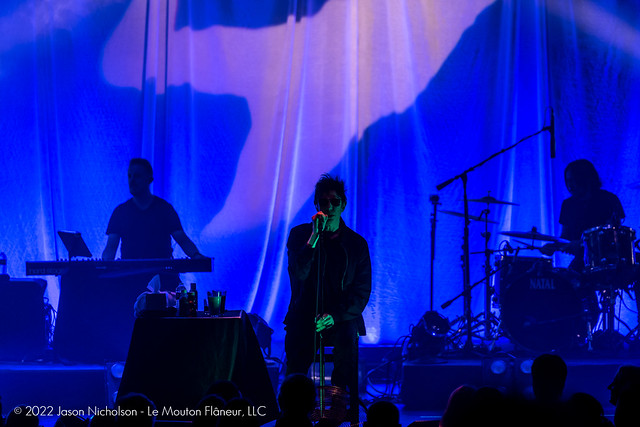 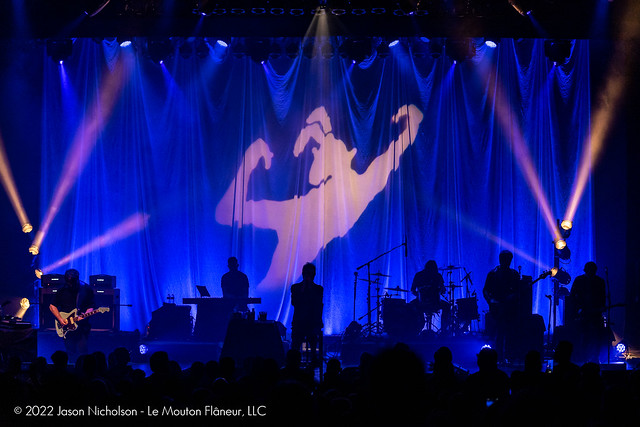 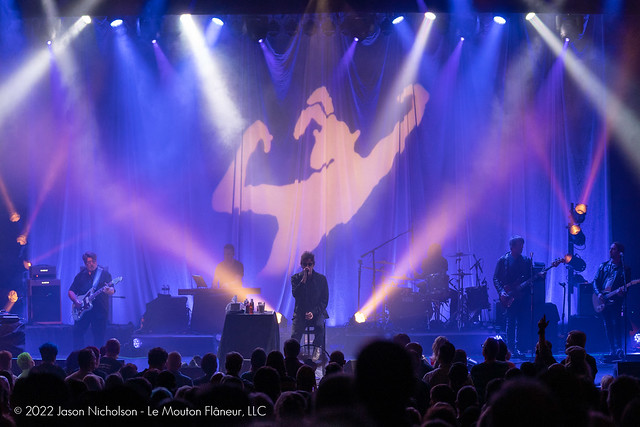 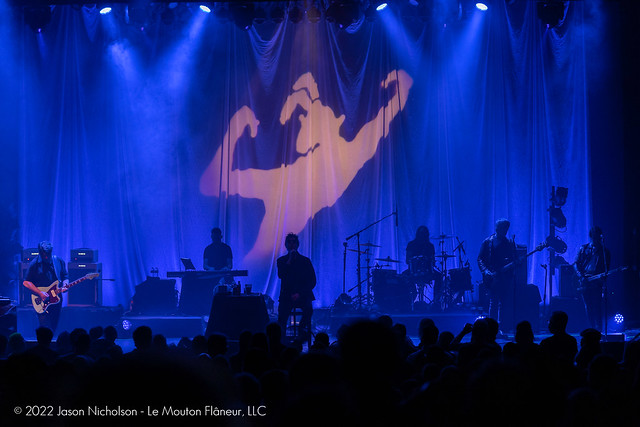 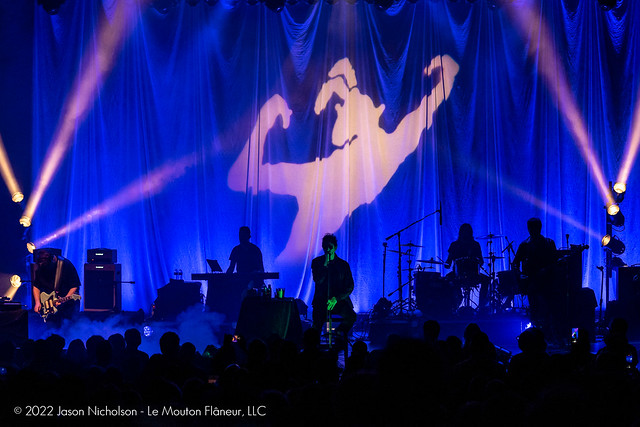