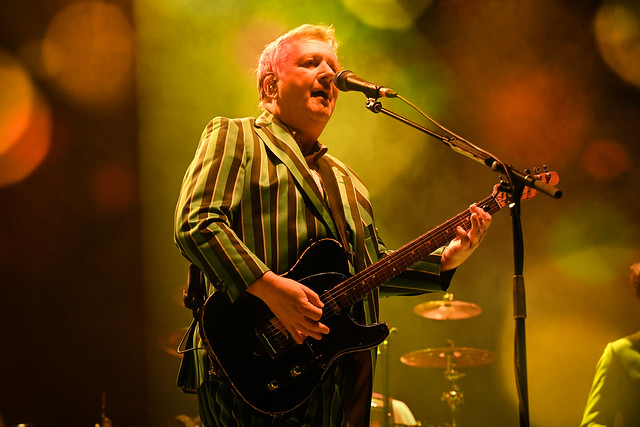 One of the hardest working and most earnest musicians in the business, Glenn started recording in 1977 and never stopped! Although he’s visited DC with a very strongly refreshed Squeeze often in recent years, he’s also an accomplished solo performer.

Armed with ready wit, raucous vibes, and a shed load of grin-inducing great songs, there are few musicians able to connect with their audience on such an immediate and warm level. As a result, the ever-burgeoning festival circuit is frequently enriched by Tilbrook the troubadour, whether leafing through the extensive back catalog of Squeeze or dashing off impromptu audience requests ranging from Jimi Hendrix to The Carpenters and all points in-between.

Watch a delightful music video of Glenn Tilbrook covering “Wonderful” by The Beach Boys on YouTube:

Tilbrook has earned his place at pop’s top table as one of our most cherished singers, guitarists, and songwriters, not to mention an in-demand and endlessly endearing live performer. Squeeze made their recording bow with the Packet Of Three EP in 1977. Those three tracks led to such Tilbrook written pop classics as “Tempted,” “Take Me I’m Yours,” “Pulling Mussels From A Shell,” “Up The Junction,” and “Black Coffee In Bed,” not to mention landmark albums like Argybargy, East Side Story and Some Fantastic Place.

When the band went on pause in 1998, Glenn embarked on a solo career that spawned the albums, The Incomplete Glenn Tilbrook (2001) and Transatlantic Ping-Pong (2004) showcase an ever-maturing songwriting talent (his first major works) without the input of lyricist Difford. Tilbrook then formed his new band, The Fluffers, who recorded Pandemonium Ensues (2009.)