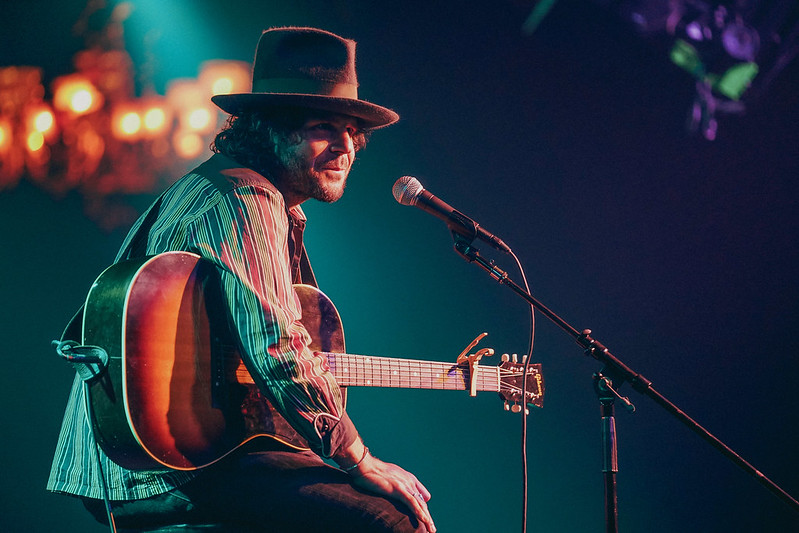 Langhorne Slim performs at The Birchmere on March 22, 2022. (Photo by Casey Vock)

I feel a certain kinship with soulful folk-Americana troubadour Langhorne Slim. We’re a couple of Jewish kids who were born just two days apart, and we grew up in neighboring states; he named himself for the suburb of Philadelphia he hails from, while I grew up just outside of Akron, Ohio. We love a lot of the same stuff: Dylan, Waits, Cat Stevens, Woody Guthrie, Captain Beefheart, Will Oldham, and Uncle Tupelo.

Langhorne is a high-energy performer, someone who is more than dynamic enough to capture an audience when he’s out there on his own with just an acoustic guitar. There’s a lot of motion in his performance and you couldn’t miss it at The Birchmere in his recent date there: He moved around the stage, he came out from behind the mic, he went into the crowd. Slim had a lot of energy, and I could relate to that!