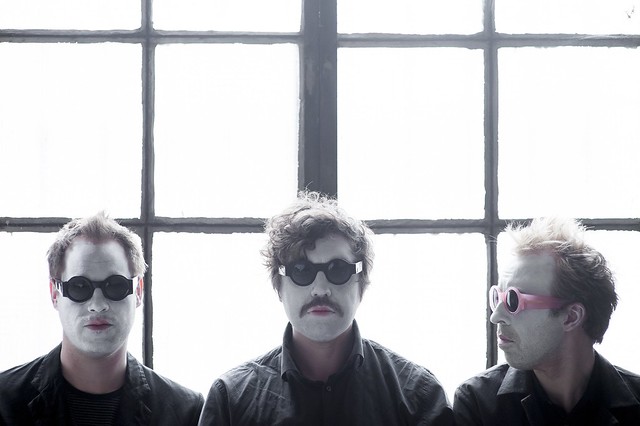 Q: What is your favorite LCD song?

AD: Gotta be “All My Friends.” Still the best one, right? I mean I could go for something more obscure but really why not pick the pinnacle?

Q: What is your favorite LCD lyric?

AD: There are a lot of knowing lyrics that are cool and referential, and I loved seeing people’s reaction to those, but some of the things that were closer to James’ heart seem to hit home with a little more force. “The coffee isn’t even bitter, because what’s the difference?” (from “Someone Great”) is a trenchant examination of the way grief makes you want to see the transformative in everything, but at one step removed there isn’t anything other than the mundane, and there’s a sadness in that too.

Q: What do you miss most about the LCD days?

AD: Jesus, this is a trip down memory lane isn’t? I feel like you’re coming to see me at the old people’s home, and I’m finishing all the stories with lines like “he’s dead now of course, poor chap”. But ok I’ll humor the idea. I miss the experience of injecting something of an American punk rock way of thinking (which I knew nothing about at the start) into some incredibly posh, professional settings. We never seemed to go about things in a straightforward way, and it was infuriating sometimes, but in retrospect it was pretty thrilling, and I’m not sure that there’ll be another band that gets the chance to do some of the things we did. The money’s not really there anymore.

Q: What do you predict James will do next!?

AD: He’s gonna do the music to a film about coffee.

Q: What should we expect from your new band’s live show?

AD: Monolithic, immersive dance music that goes on longer, and gets louder, than even we expect.

Q: What should we expect from your new band’s album?

AD: Same as the live show but with more attempts at intimacy, not all of it welcome.

Q: What LCD song would best fit into your new band set, as a cover version?

AD: Ha. I really wouldn’t want to try. Maybe “Get Innocuous”? We were kind of already a covers band in LCD so it’d definitely be a little too weird to tempt fate again.

Q: What instrument would James play if he was in your new band?

AD: Dude, that guy can’t really play anything that well, that’s why he hired us. Actually that’s not true, James is a great musician; I’d probably stick him on the timbales though, and then position them far away.

Q: What is next for your bands respectively?