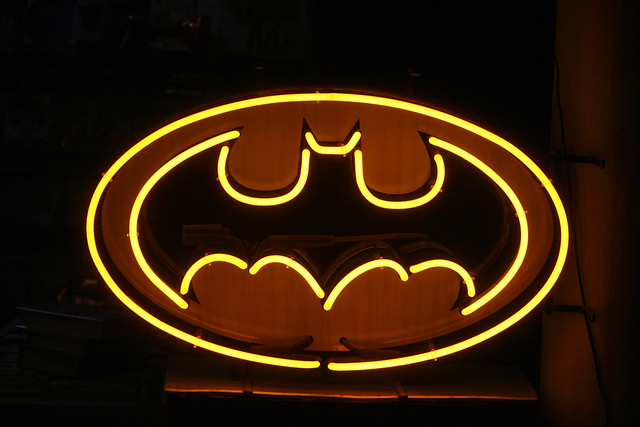 Flying V Theatre will host the reading of the 13-issue comic book series at The Writer’s Center (4508 Walsh St., Bethesda, Md.). It’s a good choice for comic book aficionados and novices alike. The story features a murder mystery that tours through the entire Batman rogues gallery from Joker to Catwoman to Poison Ivy to The Riddler and beyond, and it looks like Flying V has assembled an entertaining cast to tackle the story.

“Taking place during Batman’s early days of crime fighting, The Long Halloween tells the story of a mysterious killer named Holiday, who murders people on holidays, one each month. Working with District Attorney Harvey Dent and Captain James Gordon, Batman races against the calendar as he tries to discover who Holiday is before he claims his next victim each month, while attempting to stop the crime war between two of Gotham’s most powerful families, Maroni and Falcone,” according to Wikipedia.

Inspired by genre fiction, comic books, and other modern mythologies, we produce work that embraces high concept situations without sacrificing the emotional resonance of real characters in intimate moments. The company is made of a core of multi-disciplinary theatre practitioners committed to productions of engaging, high impact theatricality and fearless content.

The theater company selected this staged reading as an opportunity to announce its fifth year of programming in 2015. Attendees are encouraged to pay what they can for the one-night only performance.

Based on the story by Jeph Loeb and Tim Sale, Flying V’s adaptation is written and directed by Jason Schlafstein*.