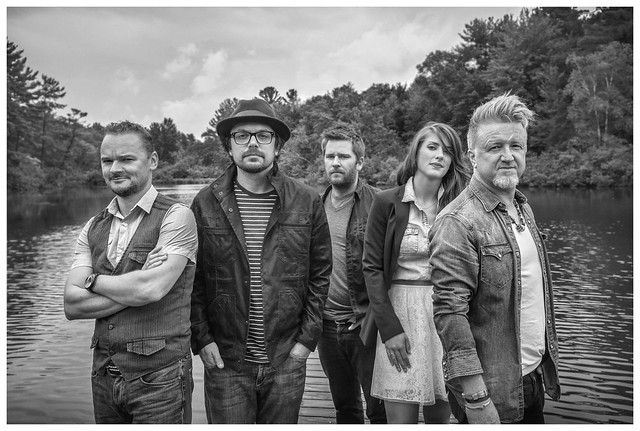 Gaelic Mishap, from Baltimore, played a selection of hard-rocking tunes, including a cover of “I’m Shipping Up to Boston” by the Dropkick Murphy’s. They also played a rendition of “The Fairytale of New York” by The Pogues. A solid start for the day.

Scythian, celebrating 10 years together, were lively and entertaining as usual. If I had to pick one band I most wanted to see, it was Scythian. Even though I’ve seen them already 7-8 times at festivals or the 9:30 Club (this doesn’t include shows in local DC Irish bars, of which I’ve lost count). For a more complete review of their set, go here.

Go Go Gadget started off their set like rowdy street performers, with a montage of quick takes from multiple songs while banging away on large overturned buckets. From there it was all cover songs, until we went for the next band.

Carbon Leaf, from Richmond, gave festival goers a range of introspective songs such as “Shine”, about not waiting to live life, “A Life Less Ordinary”, a personal favorite from them about being humbled when finding the right partner, and “War Was In Color” to honor Vietnam veterans. Lead singer, Barry Privett, also announced that their performance at ShamrockFest was being recorded as an iTunes concert.

Gaelic Storm would like you to kiss them. They’re Irish. And with songs titles like “Kiss Me I’m Irish”, “The Night I Punched Russell Crowe” and “One More Day Above the Roses” you can believe them. Yet only lead singer, Patrick Murphy, hails from Ireland. Switching lead vocal duties, Patrick Murphy and Steve Twigger had the crowd dancing in a sea of green and crowd surfing (granted only one girl, who was probably from Galway). On the jaunty “Devil Inside Her”, Kiana Weber, who joined Gaelic Storm in 2012, played the fiddle so emphatically, strings broke left and right.

Reel Big Fish, from California, were clear on what to expect. Lead singer, Aaron Barrett, captured elegantly, ‘We’re not going to get drunk…we’re already drunk!’ They played a mix of original songs and covers, but I wanted to check out the main act, so didn’t stay too long.

Blues Traveler played their biggest hit “Runaround” early in the set. The crowd transformed instantly from passive (possibly tired) listeners to active dancers. Then they transitioned to a melancholy new song, “Castaway”, which was the first time they had performed it in front of a live audience. Before they finished, I decided to walk around and see what else was still going on.

The Electric Isle tent was jam-packed with jumping and moving people.

Celtica performed to a tiny, but enthused crowd at the Dewey Beach stage.