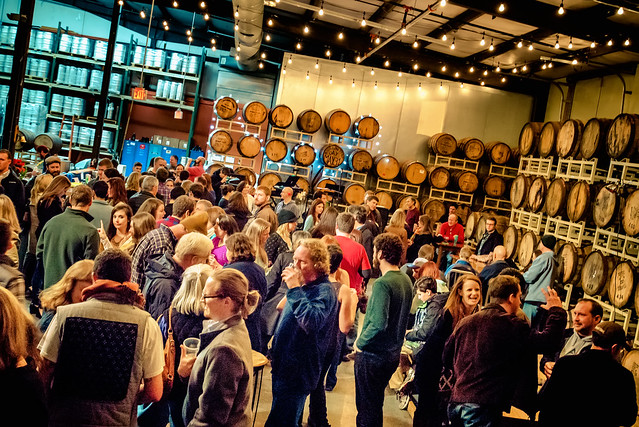 Snallygaster 2015 offers revelers choices among more than 300 beers, roughly 50 of which are appearing at the festival for the first time. With only four days left to go until Snallygaster 2015, Jeremy and I spotlight a beer for your tasting pleasure.

Jeremy’s Beer of the Day: Hardywood Park Gingerbread Stout (Vintage 2014), ABV 9.0%
This year, I intend on giving in to the whims of the high ABV beers…especially imperial stouts, porters and pumpkin beers. Unfortunately, those will probably cost the most tickets…oh well. My first choice is the Gingerbread Stout from Hardywood Park Craft Brewery (in Richmond, Va.) because it has ginger, vanilla and cinnamon. That sounds like the recipe for something amazing or something that doesn’t work. I love sweet, so I’m in.

Mickey’s Beer of the Day: Bell’s Hopsolution, Imperial IPA, 8.4%
It’s hard to go wrong with just about anything from the Bell’s Brewery, out of Kalamazoo, Mich., and it’s doubly hard to go wrong with anything offered by them as a double india pale ale. The Hopsolution provides a unique mix of hop varietals from the Pacific Northwest alongside classic German hops that give aromas of fruit, citrus and pine. It’s dry finish and caramel malts provide it with some lovely balance.

What beers will you choose?