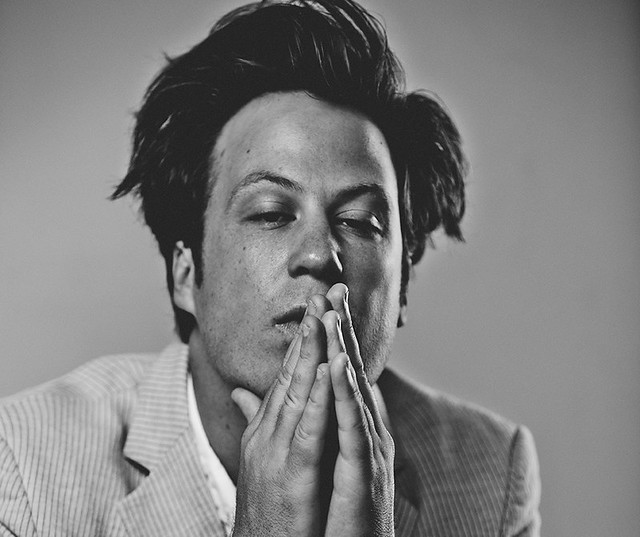 The press surrounding Australian musician Jack Ladder is quite fascinating.

Is Jack Ladder himself a cross between Nick Cave and Bryan Ferry?

Could you describe his band Jack Ladder and The Dreamlanders as the Temptations stepping in for Sparks as the #1 band in heaven?

These questions seem valid given the release of Jack’s fourth album, Playmates, and his first in the United States, published last month via Fat Possum. Jack Ladder and The Dreamlanders are touring in support of that album with a stop at DC9 tonight, Thursday, Dec. 3.

“On his fourth album and second outing with backing band the Dreamlanders, Australian singer/songwriter Jack Ladder transforms himself once again, this time from shadowy goth crooner to lush synth pop romantic,” said Timonthy Monger of AllMusicGuide.

The sparse pacing of the song along with Jack’s baritone vocals belie the sparkling sythesizers around the corner of his recent single, “To Keep and to Be Kept,” which features backing vocals from Sharon Van Etten.

Watch the official video for “To Keep and to Be Kept,” which was shot on vintage video equipment:

Jack Ladder and The Dreamlanders seem like they belong to another era -– which in this case is a good thing. It is as if they stepped out of a hazy period between 1970 and 1985, but you cannot quite pin them down.

So of course such a band would mix the familiar with the unfamiliar, such as with their cover of “So Far Away” by Dire Straits.

Listen to Jack’s cover of “So Far Away” by Dire Straits on Soundcloud:

DC soul and reggae artist Caz and DC post-punk quartet Shooting Down Asteroids open for Jack Ladder and The Dreamlanders. Tickets are available online and at the door.