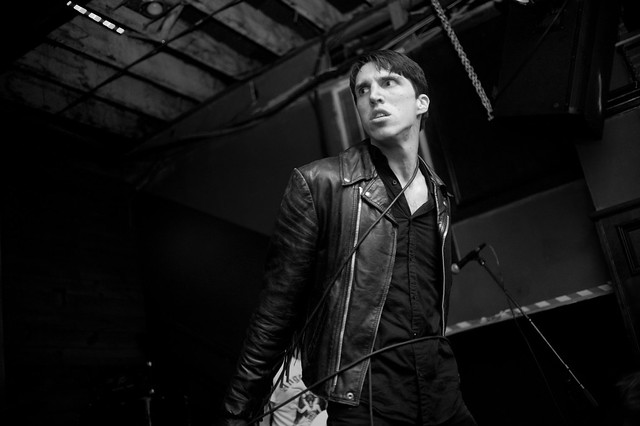 “You don’t deserve VIDEO,” spits frontman Daniel Fried as he gazes out over the audience. “We’re too good for you. But we’re going to do you a solid and give you the best damn show of your life.”

Daniel’s band VIDEO threw down some amazingly raucous garage punk rock at DC9 on Wednesday night as part of a traveling showcase from Third Man Records. Detroit rock-n-rollers Timmy’s Organism were the headliners of the Audio Social Dissent Tour but VIDEO, zipping into the middle set of three bands, certainly captured the room to my ears.

The frontman (who goes by “TV’s Daniel” in the band) began the show with his back turned to the audience as he knelt before the drums. His bandmates — Payton Green, Harpal Assi, and Gregory Rutherford — played a pleasing post-punk instrumental while Daniel meditated, perhaps gathering his strength. Then he stands to sing a smoky punk tune, “I Will Wait.”

With “I Will Wait,” Daniel gives a stark rootsy vibe to his band’s punk oeuvre. Daniel is an intense performer fully affixing not only his voice and his body to a spot in the room but also burning through members of the audience with his dark eyes.

Whether or not Daniel’s cultivated “cult of personality” is effective, VIDEO’s music speaks very well for them. Hailing from Austin, Texas, the quartet recently released their second full-length album, The Entertainers, via Third Man Records.

The 11-track album consists of occasionally dark punk rock, which the band calls “hate wave.” (VIDEO even have an early song called “Join the Hate Wave,” released in 2013 by Total Punk Records. VIDEO perform a searing version of it live.) It’s really not a new genre although it’s rather good stuff.

In the second live song on Wednesday, “New Immortals,” Daniel bursts to the front of the stage in a full-throated performance pitches straight at the audience. Songs like “New Immortals” benefit from catchy hooks, rolling drums, and thrashing guitars. In the song, VIDEO also carry the banner of classic punk themes with defiant (“I’m not afraid”) yet doomed (“there is no future”) lyrics.

But really, are the songs any good? The answer is a resounding yes, they are. They are everything you could want from a punk band in Texas. Listen for yourself.

Listen to “New Immortals” by VIDEO on Soundcloud:

Ha – I saw a meme on the band’s Facebook page that said “If Kylo Ren started a post-punk band, it would be VIDEO,” accompanied by an image of Adam Driver looking intense in one panel and Daniel Fried looking intense in another. I heartily endorse that sentiment! Perhaps VIDEO are the musical equivalent of the First Order. 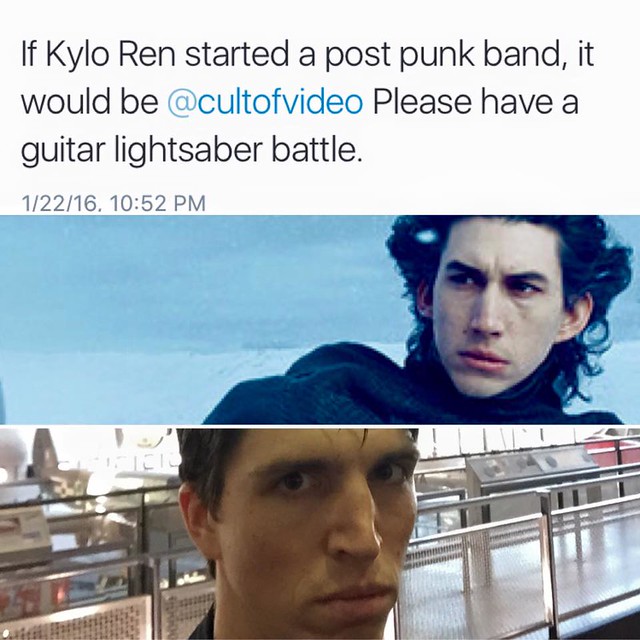 VIDEO have hit a few cities since DC, including New York and Philadelphia, and they play next on Tuesday, Feb. 23, in Cleveland! Then they continue across the country to the West Coast over the next few weeks. Steel yourself, and submit to VIDEO when they visit your town.