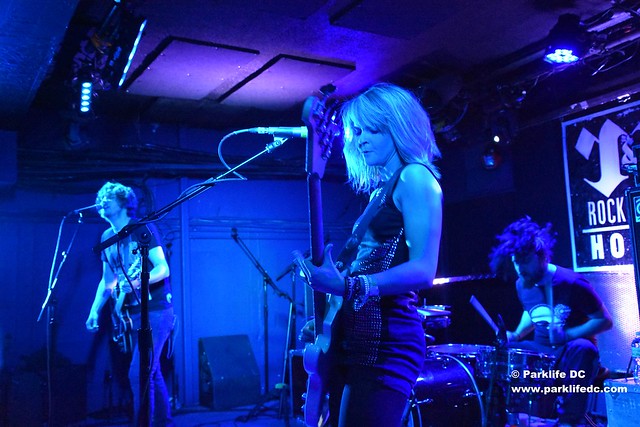 The Subways perform at the Rock and Roll Hotel on Tuesday, April 12, 2016. (Photo by Mickey McCarter)

Billy Lunn had a friend who lost his job at an underwear factory in Essex, England. To cheer his friend up, Billy and other friends took the unemployed chap out to an awesome ‘80s pub called Billie Jean’s. (Billy informed his audience that Billy Jean’s has since sadly closed.)

As the night wore on, the unemployed friend began to feel down because his friends were being too generous. He didn’t want to be a charity case! So although people were having a good time, the friend suggested he would retire for the night, play ‘80s music at home, and break out some video games.

That all happened while Billy and his bandmates Charlotte Cooper and Josh Morgan spent an extended time away from the United States. That changed Tuesday when The Subways came roaring back at the Rock and Roll Hotel to launch a US tour (their first since 2008) in support of their fourth album, The Subways, released here this week. (The Subways also have a Record Store Day exclusive out tomorrow. Find out more about it at http://www.thesubways.net.)

And boy did they roar. Billy may the lyricist and de facto leader of the band, but in live performance, he hands the keys to the shop over to his bandmates. Charlotte and Josh form the most thrashing, kinetic rhythm section in all of garage rockdom. Charlotte moves up and down the stage in a blur of hair and hands, diving through sound with her bass, while Josh never stops pounding away on his drums. He never stops. The man is a machine. 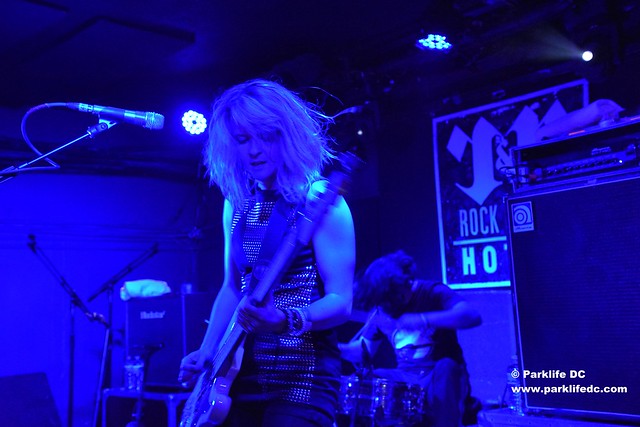 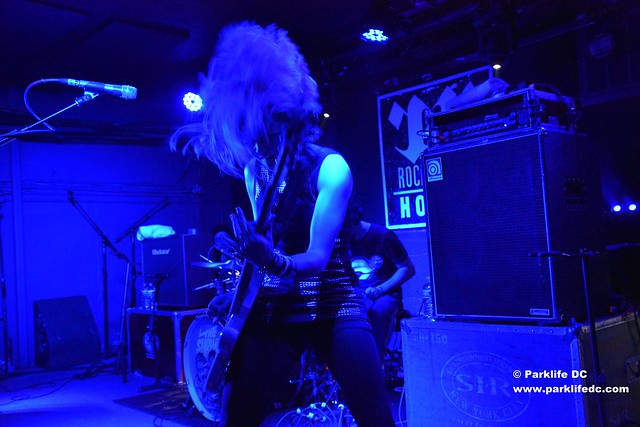 After a few songs, The Subways warmed up the crowd and so by the time the band got to the song “Oh, Yeah” from their debut album, Young for Eternity, the very full room at the Rock and Roll Hotel was singing along and executed a well-orchestrated clap-along to the song as well!

“Let me hear those beautiful American voices!” Billy exclaimed, and the audience obliged.

Next up, The Subways performed their latest single, “Dirty Muddy Paws,” and the room ate it up although it was undoubtedly new to most of us. It was relatively sedate, for a song by The Subways that is, but the signature elements are intact with the intensely focused drums and the spiky bass along with rolling guitar.

The Subways change it up a little in the next song, “Taking All the Blame,” from the new self-titled album with a duet about a breakup. It’s a light breakup song where Billy and Charlotte trade off verses, an unusual but effective move for the band. The two were once an item through the recording of the band’s second album, but there is no hint of any acrimony or honest bad feelings in their shared break-up song, which instead is mostly just a fun song to which you can sing along.

The Subways’ performance at our DC show was not at all stopped by a drunken stage invasion shortly before “Kiss Kiss Bang Bang,” which Billy wrote about the “craziest girl he ever knew” — who still apparently wasn’t as crazy as our friend the drunk, escorted out of the building by security. You know, a lot of folks actually were getting pretty rowdy for a Tuesday night, but The Subways took it in stride, savoring their return to American stages.

Of course, The Subways closed their entire set with “Rock & Roll Queen,” the big single that earned the admiration of audiences worldwide with their first album. The audience sings it, lives it, loves it. And the band are pleased with the results.

The Subways continue their tour tonight, Friday, April 15, in Boston, and they spend the next several weeks ripping through the United States and Canada to close up in Los Angeles on May 3. You’ll have a damn good time at their show, so go and party as if you were your carefree self, listening to “Rock & Roll Queen” for the first time 10 years ago. You won’t regret it.

Read our interview with drummer Josh. See some pix of PINS, the opening act for The Subways! And here are some more pix of The Subways, heavy on Charlotte and her bass from my location at the corner of the stage. 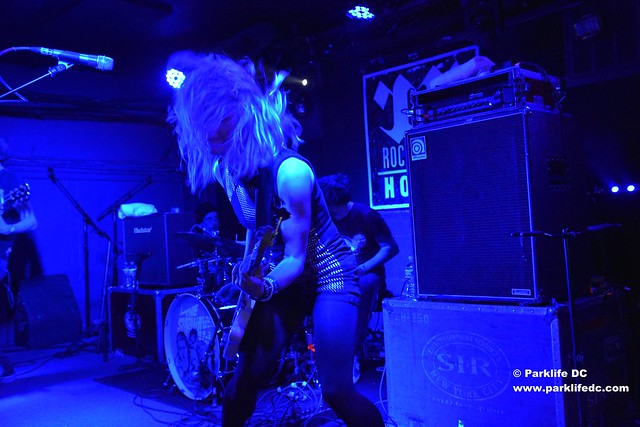 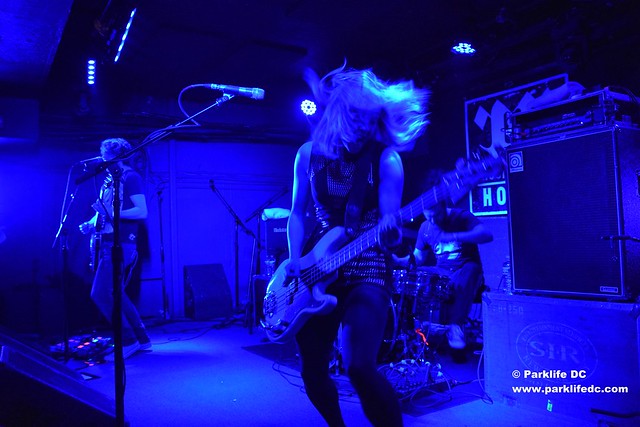 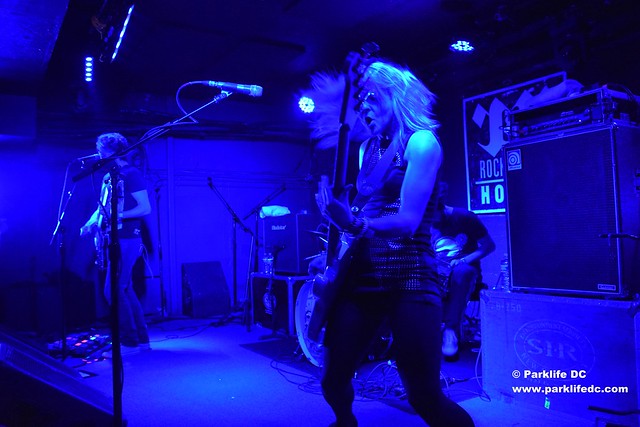 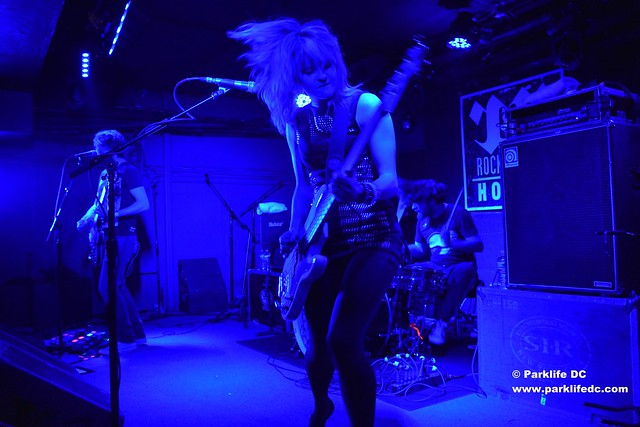 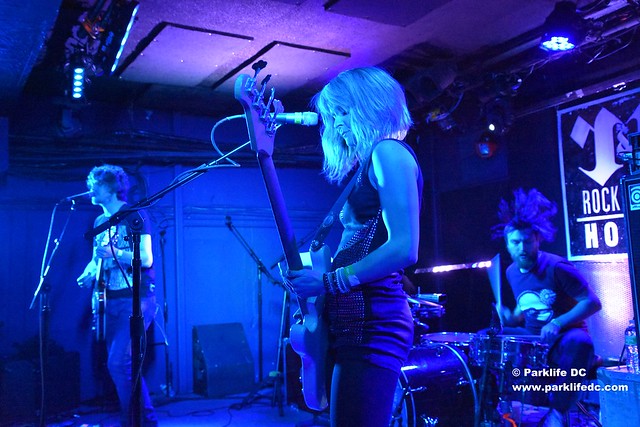 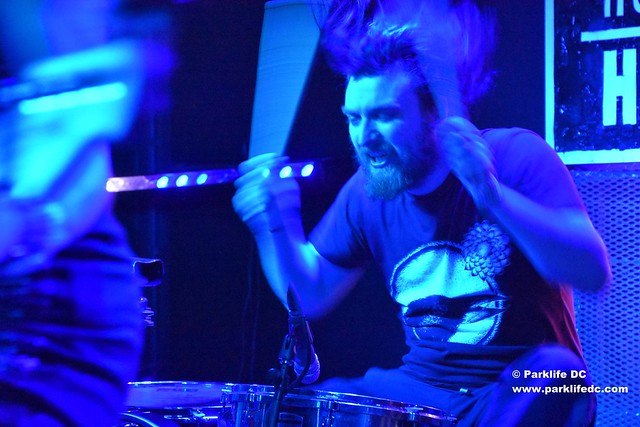 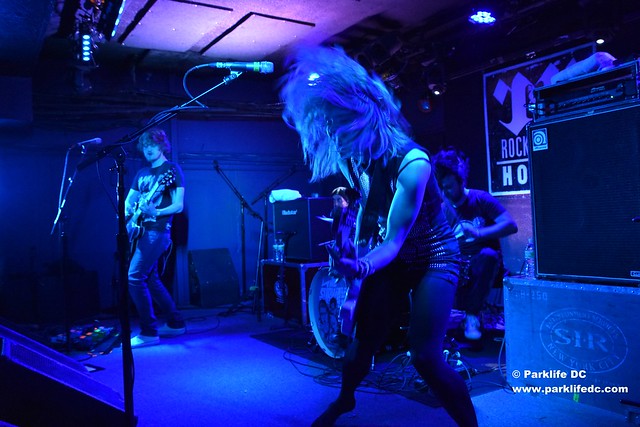 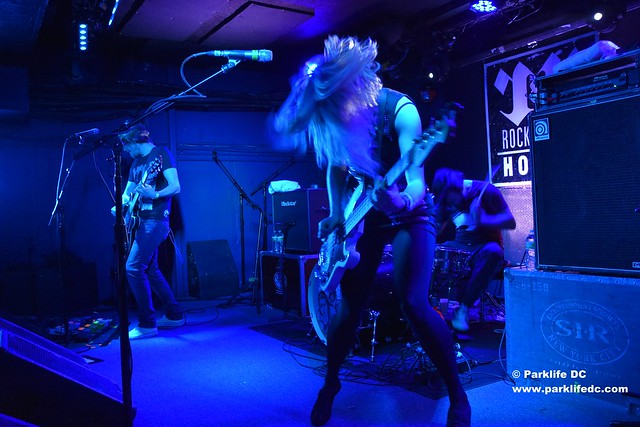 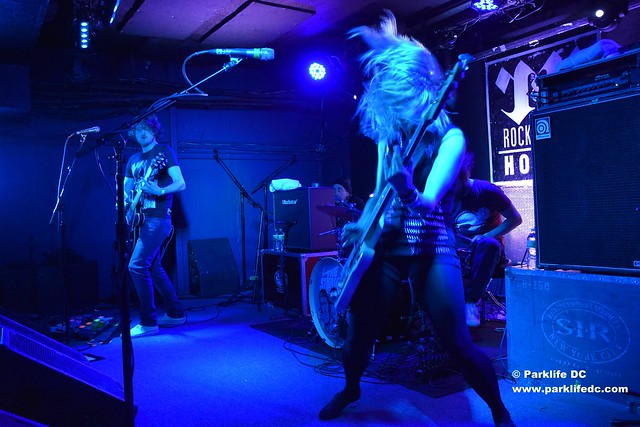 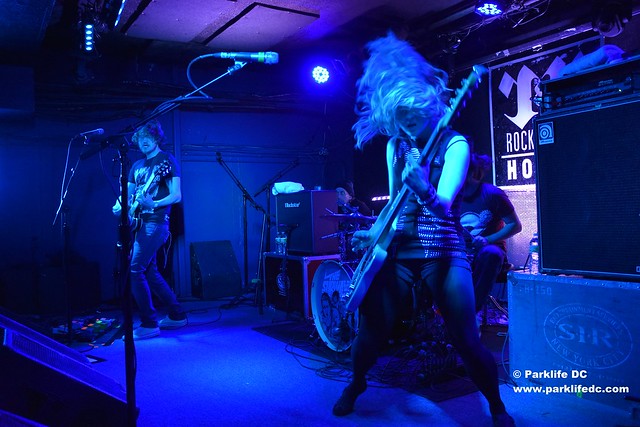 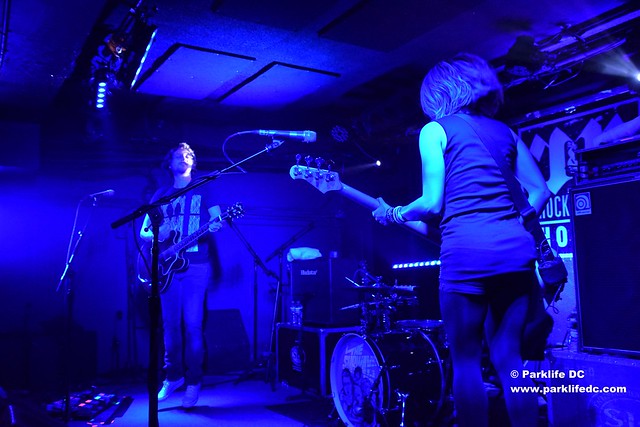 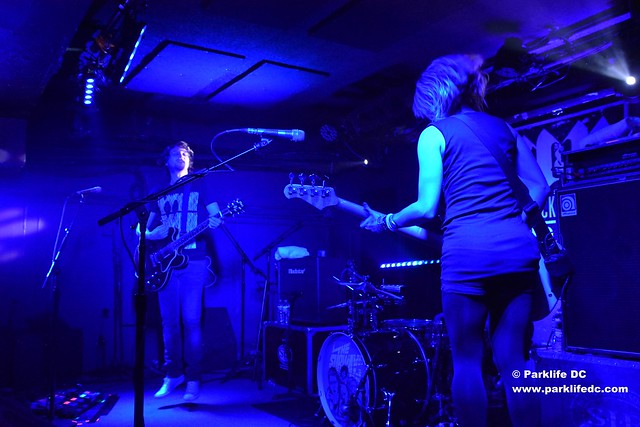 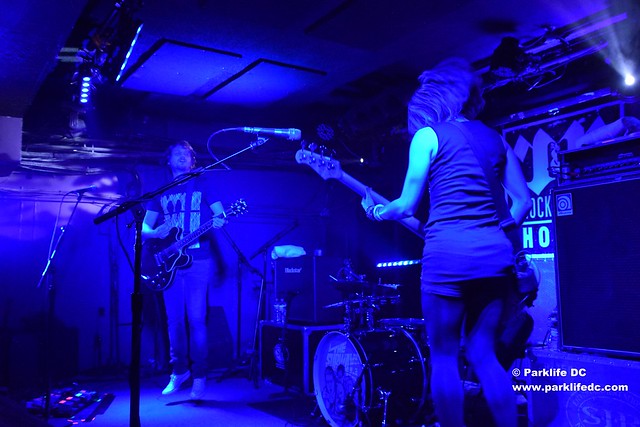 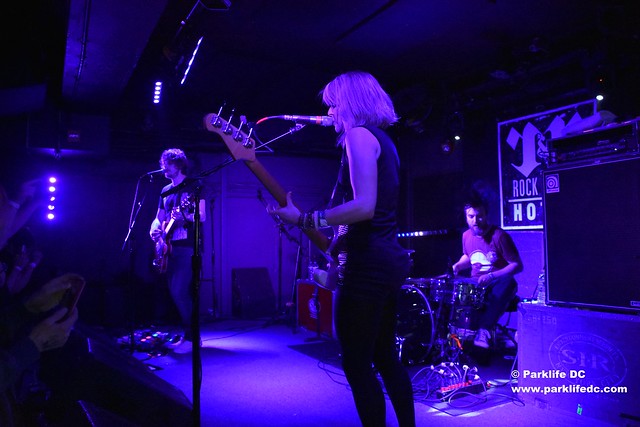 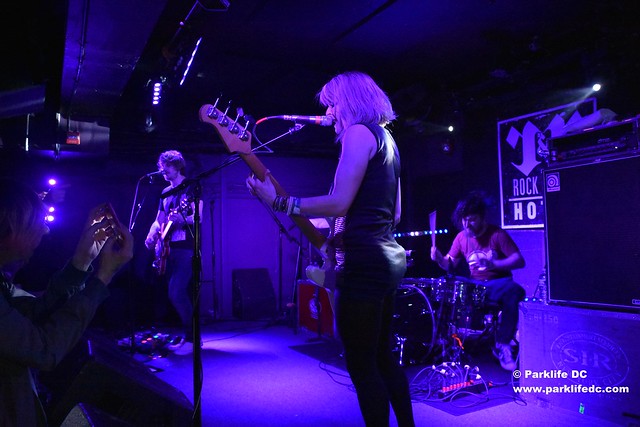 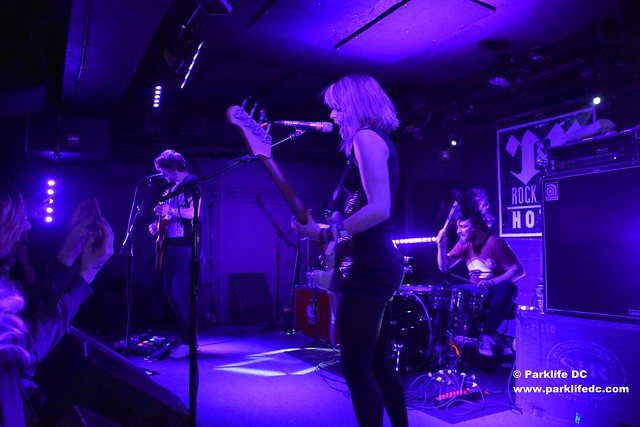 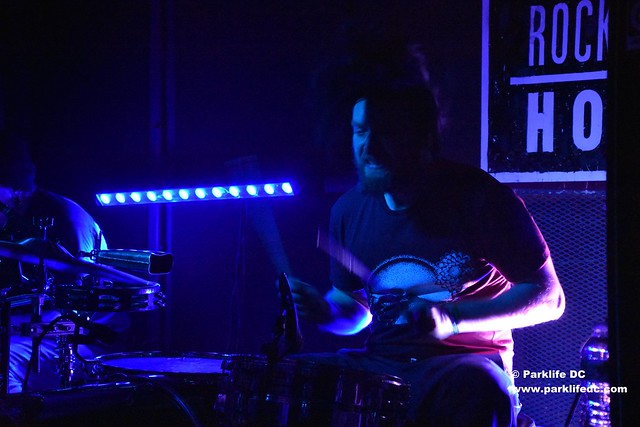 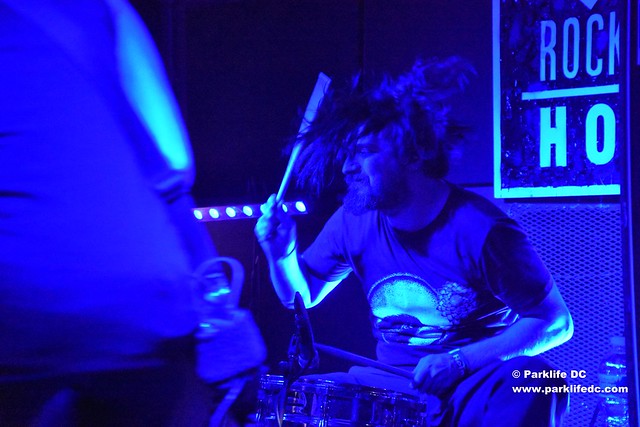