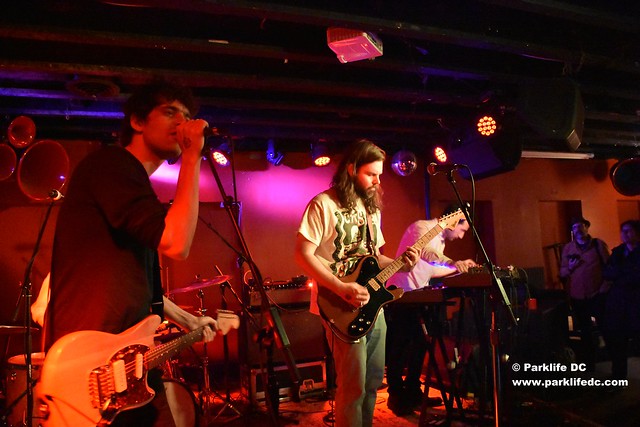 Canadian quartet Suuns start their show with “Infinity,” a brief, soaring number from their new album, Hold/Still released recently via Secretly Canadian. Suuns actually are overtly Canadian, but their music is less easy to discern. Surely, they are concerned with psychedelic rhythms and foreboding atmospherics. Their music is easily digested as it slowly, minimally arches out toward you in the audience and falls lightly upon you, wave after wave.

And so there is an undeniable component of early experimental electronica via German Krautrock, particularly in the minimalist moments, as well as UK bands ranging from Cabaret Voltaire to Joy Division. Yet the result is undeniably a tonally hypnotic strain of electronic psychedelia.

In performance, the band focuses intently upon their instruments, Ben on his mic and his guitar, Joe Yarmush on his bass, Liam O’Neill on drums, and Max Henry on keyboards. As a synth enthusiast myself, Max is a pleasure to watch with his position changing from song to song, as he straightens up or slinks over his array depending upon the tempo of the song. His concentration is tremendous, and you gain an immediate appreciation for how much effort he is putting into songs that even seem dissolved into their most fundamental elements.

At the end of their set, Suuns play “Powers of Ten” from their previous studio album, Images du Futur (their second full-length, released in 2013), and the number demonstrates some of their versatility as it’s a hazier, heavier song. Still, like many other selections by Suuns, the song feels as if it’s continually building toward a theoretic moment when the beat will drop — and yet it never does. For Suuns, this isn’t a bad thing. It gives their music a consistent, droning character, and helps you realize what a steady hand they have in their drummer Liam.

Sadly, Suuns have wrapped up their current US tour, but they hop to Europe later this month and then play some US West Coast dates later next month. Suuns aren’t necessarily a band that a pop music savant like myself would have sought out, but they should be as they make intelligent use of pop conventions in their own deliberate footprint of neo-psychedelic noir. They are well worth your time, particularly if you are in the mood for pensive and thoughtful yet accessible electronic minimalism with a groove.

Here are a few pictures of Suuns from their performance at DC9 on Wednesday, April 27. 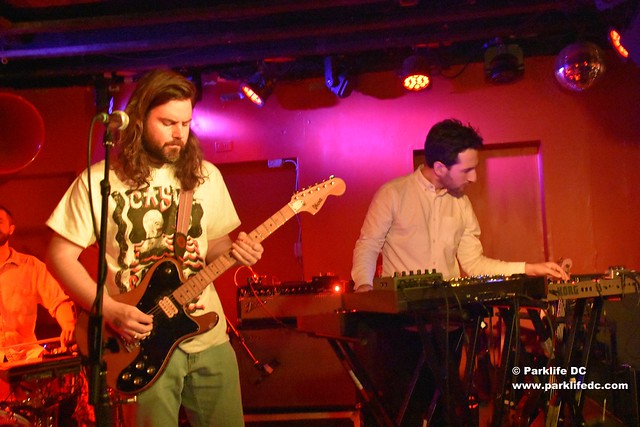 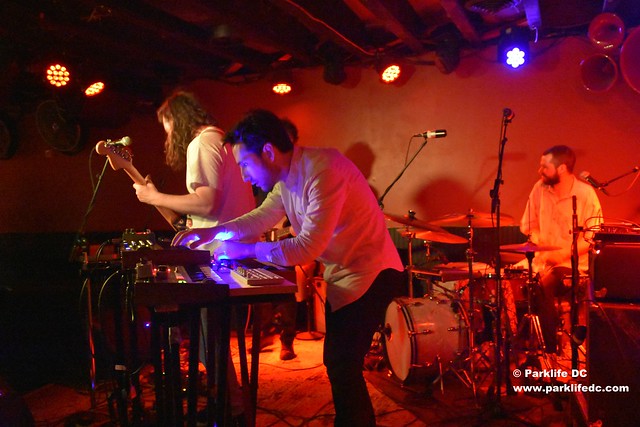 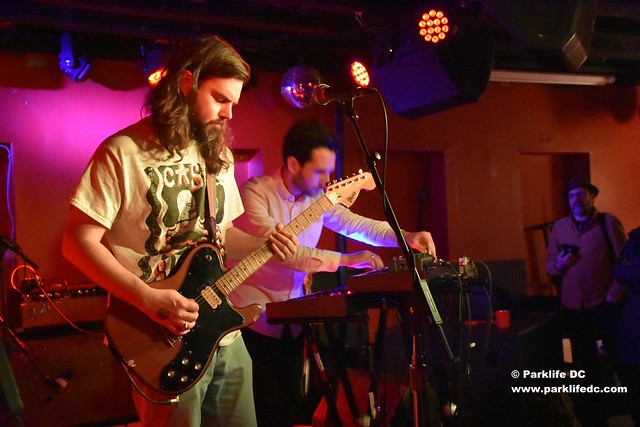 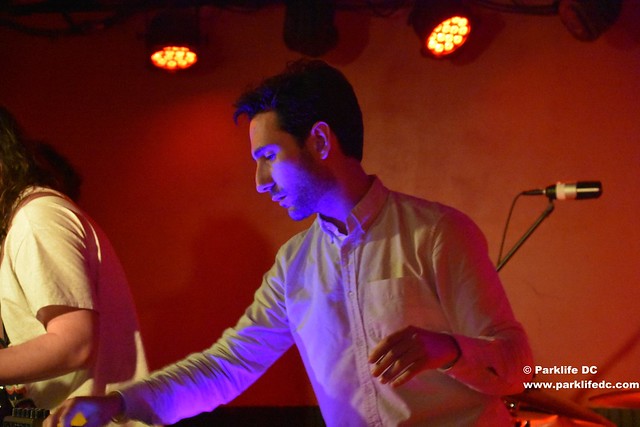 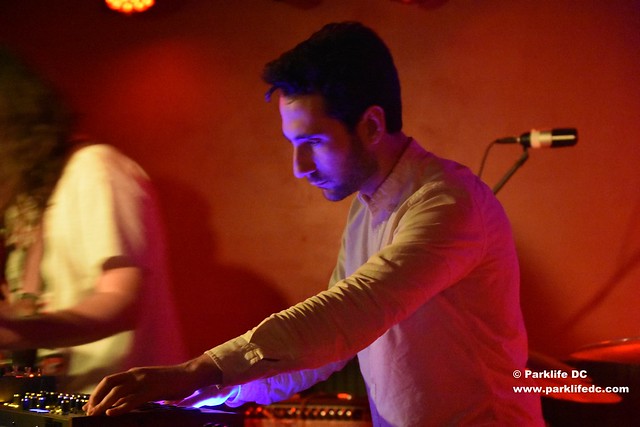