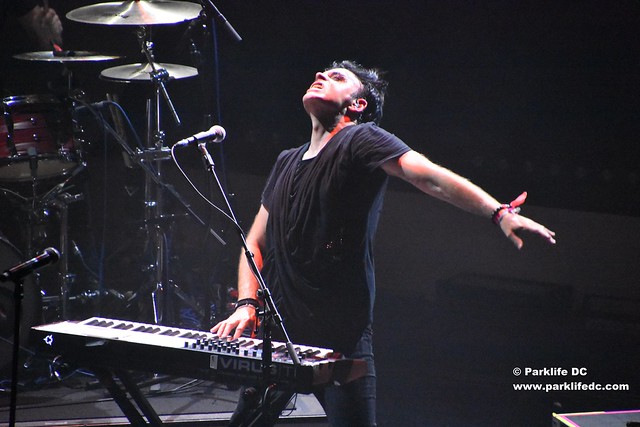 “This song is called Calon Peiriant, which means the heart of the machine,” said Gwenno during a performance at the First Presbyterian Church. “But you can pretend it’s about something much happier since it’s written in Welsh and you may not know the lyrics in a foreign language anyway. So this song is called ‘Heart of the Machine,’ or if you prefer, ‘I Love Red Wine.’”

The line was demonstrative of the pop chanteuse’s wit and grace, which were on full display during Moogfest 2016.

It was a winning show, and I look forward to seeing her again in the hopefully not-too-distant future. Here are a few pictures of Gwenno performing at Moogfest on Saturday, May 21. (You can find more pix and more about Gwenno’s show in my special review of her show.) 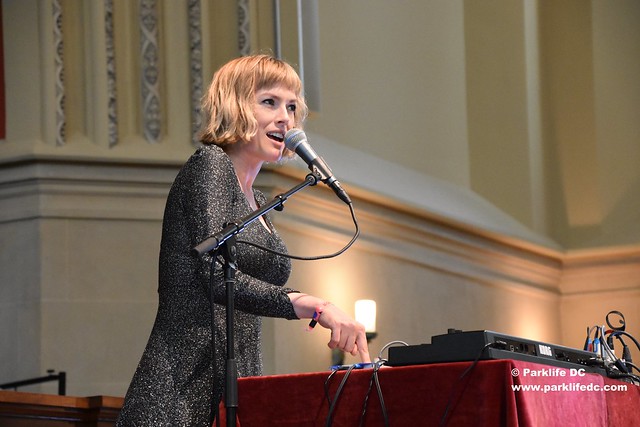 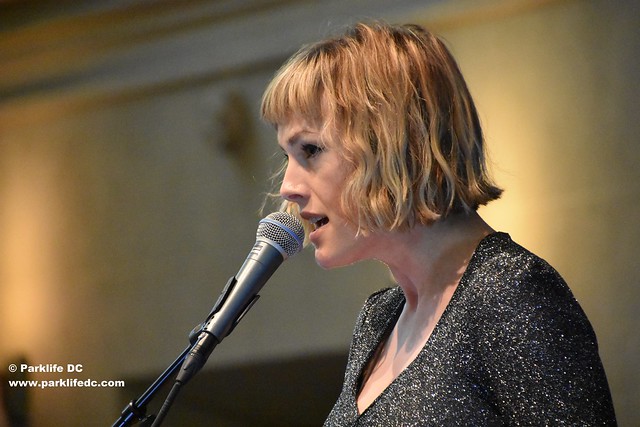 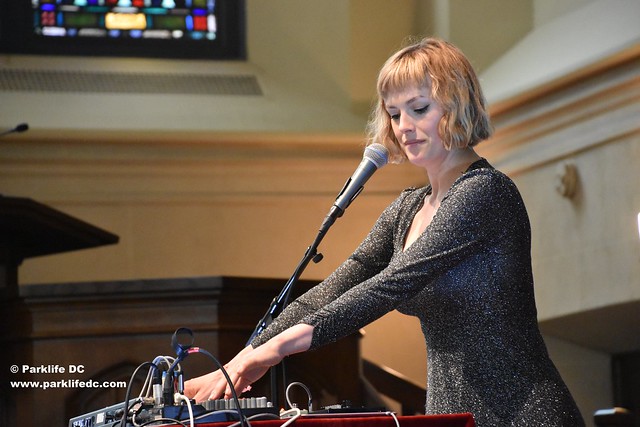 As I indicated on my first day of Moogfest, the festival hosts plenty of things other than concerts, such as conversations! And after Gwenno’s show, I attended a very interesting talk by Steven Marks, general counsel at the Recording Industry Association of America, and Richard James Burgess, CEO of the American Association of Independent Music, hosted by Duke University’s Innovation & Entrepreneurship Initiative Center.

It was there I first heard public confirmation that Moogfest would return to Durham in 2017, rather than skipping a year as it did in 2015, when a student introducing the speakers said Duke University students would help curate some of the programming for the festival next year.

Anyway, Steven and Richard ably provides insights into music industry sales in the past several years, noting that retail and wholesale sales hit a post-Napster high in 2015. Retail sales were up 0.9 percent over 2014 to $7 billion in 2015; wholesale up 0.8 percent to $5 billion. Of those numbers, streaming comprised 34.3 percent; digital downloads, 34 percent; physical products, 28.8 percent; and synchs, 2.9 percent.

The gents put that into some context to note that music industry sales overall are down one-half to one-third from 20 years ago, making for a rapidly shrinking industry. They saw a lot of hope in the improving numbers, however, especially in subscription and vinyl trends.

Paid subscription revenues grew quickly in 2015 to about $1.2 billion, up from about $0.8 billion in 2014, and the business associations foresee continued growth there. Meanwhile, for physical product, vinyl continued a surge in growth to 21 percent of retail sales in the physical segment of the market, while it was only 14 percent in 2014, and 6 percent in 2012!

Steven and Richard agreed that vinyl’s continued popularity was a result of an individual desire to own an attractive physical product for display. Steven also postulated the price of vinyl may drop a bit in the near future as vinyl pressing factories build more capacity and catch up with demand.

Both Richard and Steven were collaborative and open to dialogue during their presentation, particularly when they discussed difficult patches related to sales with people that might necessarily agree with them, such as the owner of a small label and the owner of a young streaming service, both of whom might clash over revenue shares and royalties. It was an interesting, informative, and substantive conversation among well-informed participants all around.

Here are pix of RIAA and A2IM in their chat at Duke University on Saturday, May 21. 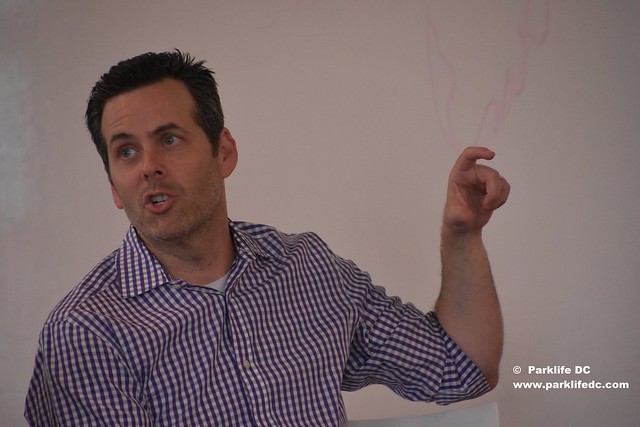 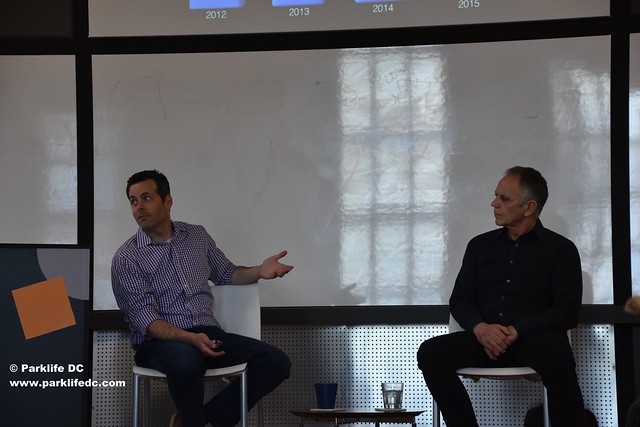 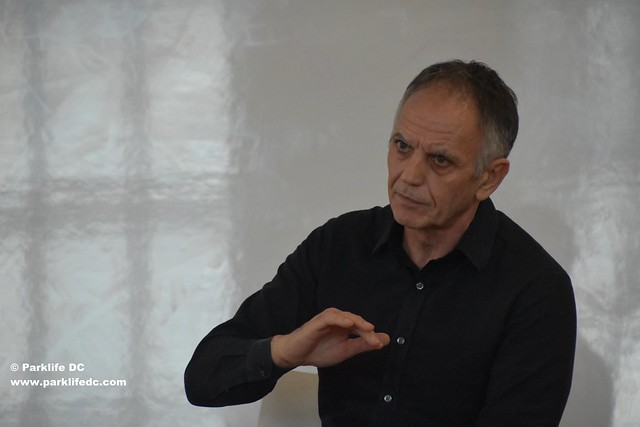 Only a few hours later, I would catch Gary Numan’s third and final show in his Moogfest 2016 residency. The third and final show was devoted to the album “Telekon,” following dedications the previous two nights to the first two parts of his famed “Machine Trilogy” of albums.

Gary raced through 12 track of the albums, hitting highlights such as “I Dream of Wires” and “I Die: You Die” and closing on “The Joy Circuit” while largely rearranging the running order of the album for performance. Given time for one encore, Gary excited the house with yet another rollickin’ performance of “Cars,” which again receives a wildly glorious reception from people who burst out dancing in the aisles.

Here are a few pictures of Gary Numan closing out his Moogfest residency on Saturday, May 21. (You can find more pix and chat about Gary in my full wrap of his show.) 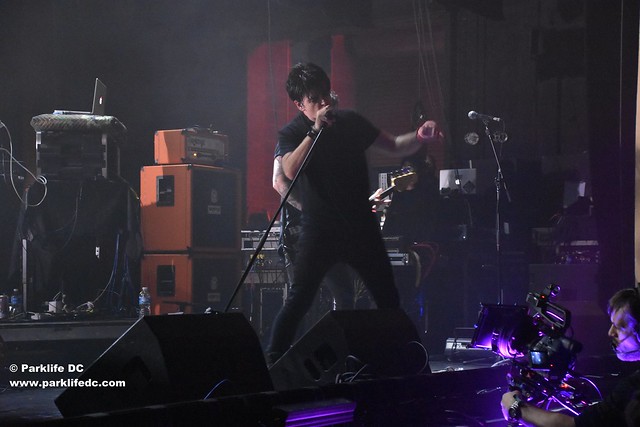 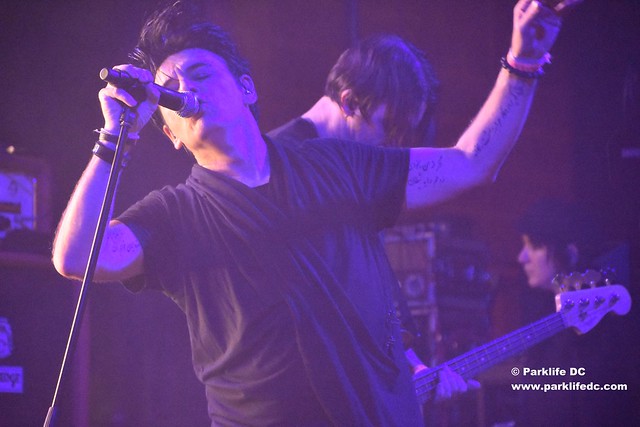 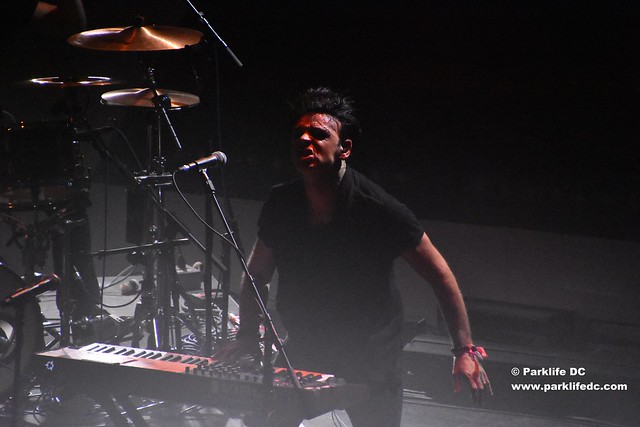 Travel commitments prevented me from staying for the fourth day of Moogfest, so the last act I will catch at the best urban music festival ever is YACHT at the Motorco Music Hall. I have vastly underestimated YACHT’s popularity, however, and the line to enter the Music Hall, even for press access, is staggeringly long. By the time I do get in for some of the show, there is no way for me to get a good spot for pictures so I am forced to go without!

The crowd goes wild for YACHT, and Claire L. Evans and Jona Bechtolt deliver a high-energy show heavy on art-punk selections from their new album, I Thought the Future Would Be Cooler.

Early in the set, Claire uses a conversational segue for the new song “Ringtone,” a catchy dance number she introduces by pretending a phone is ringing on the stage. She “answers” it, and informs the caller, “I can’t talk right now. I’m at Moogfest.”

And so YACHT serve up some great disco-punk, occupying a very unique sonic signature that I often compare to LCD Soundsystem’s new wave-inspired dance numbers. The full house and overflow crowd all dance like mad to “LA Plays Itself,” “I Thought the Future Would Be Cooler,” and “I Wanna Fuck You ‘Til I’m Dead,” the latter a cover song for which YACHT released a video (and inciting some minor controversy in the process when they pretended it was as sex tape of the band — all appeared forgiven at Moogfest, however).