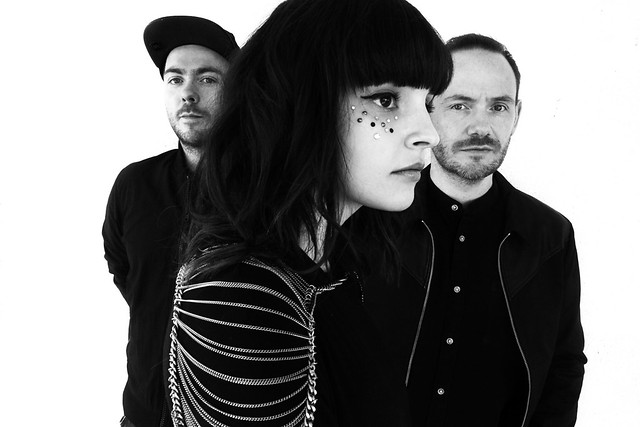 Synthpop trio CHVRCHES are quite popular on the festival circuit lately, and they are indeed heading to the Firefly Festival in Dover, Del., this month. But on the way, they’ve booked some independent shows, including a newly announced concert at Rams Head Live! in Baltimore on Sunday, June 12.

What a fantastic time and place to see CHVRCHES, who released one of the best albums in 2015 with their sophomore effort, Every Open Eye, on Sept. 25 via Glassnote. With their second album, they accomplished the rare feat of making an album better than their excellent debut, The Bones of What You Believe.

Glasgow’s favorite sons and daughter — Iain Cook, Martin Doherty and Lauren Mayberry — recorded both albums in a hometown studio (their own Alucard Studios), and the second time around they found even more gold in the sparkling synthesizers of the gents and the lilting, pleasing voice of the lady.

Check out the results in the official music video for “Clearest Blue” by CHVRCHES on YouTube:

One of the things I love about CHVRCHES is that they write, record, and produce everything themselves. Not to say there isn’t room for collaboration in the future, in my opinion, but I enjoy their focus and purity of vision.

New songs are about getting over heartbreak (“Leave a Trace”) — and making your own way unapologetically (“Bury It,” “Never Ending Circles,” “Playing Dead”) — and moving on to better things (“Down Side of Me,” “Afterglow,” “Clearest Blue” [above!]).

All in all, it’s fantastic synthpop, very much evocative of New Romantic synthpop from the early ’80s and groups like the Eurythmics, Cocteau Twins, and even Orchestral Manoeuvres in the Dark.