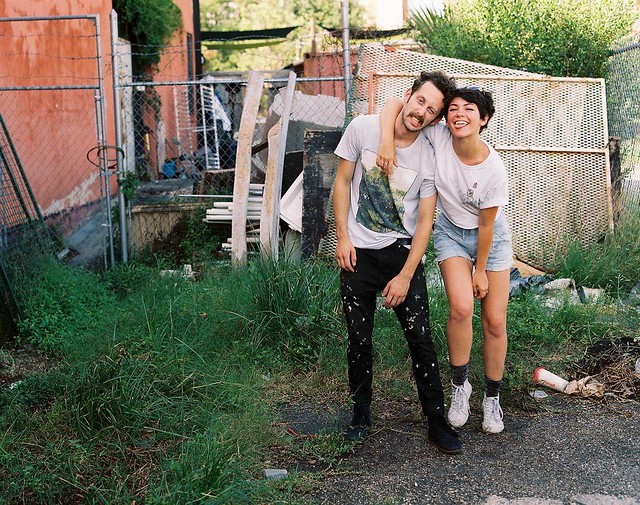 Vocalist and guitarist Alex Luciano and drummer Noah Bowman met in New Paltz, N.Y., in 2014 and promptly formed a band together. They soon released their debut EP Over Easy on Father/Daughter Records. And then last fall, the released a 7-inch single, Sleep Talk.

Diet Cig put on a high-energy show, kicking up a storm with a kind of music they have labeled “slop pop.” In practice, Diet Cig seem to have an appetite for sunny jangle pop. You can hear it for yourself when they stop at DC9 to play a show on Wednesday, August 10!

Watch the official music video for “Sleep Talk” by Diet Cig on YouTube:

Diet Cig is working on their debut full-length album, which will come out in 2017 via Frenchkiss Records.