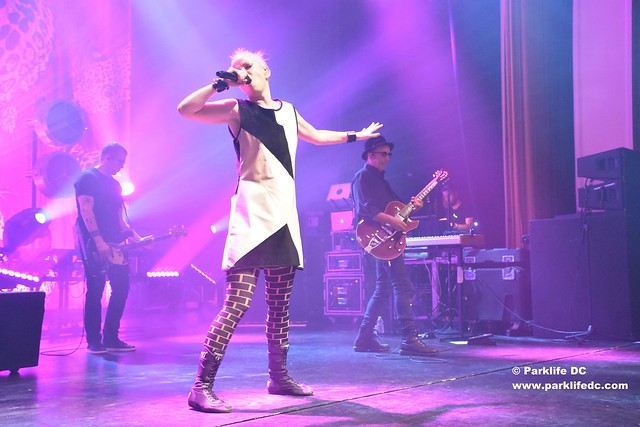 About midway through the set, just after finishing “Even Though Our Love Is Doomed”, they suddenly went into full blazing rock mode with a block of songs with heavy riffs and epic drops starting with “Why Do You Love Me” and ending with “Blackout”.

In one of the few moments that Shirley spoke to the crowd, she encouraged people to think beyond the Democratic or Republican partisanship. Think about what you believe in. She described watching television (which she tries to avoid), and feeling a sense of despondency in light of the news cycle around the current U.S. Presidential Race.

I’m sure she does indeed watch a little TV, as 9:30 Club’s new streaming series, Live at 9:30, featured Garbage in their very first episode. Roughly the first 15 minutes showcase their performances of “Stupid Girl” and “I’m Only Happy When It Rains” at the 9:30 Club in 2015. Watch it here. It should help alleviate some of the despondency!

Speaking of “I’m Only Happy When It Rains”, they crushed it again at Lincoln Theatre. As a native Washingtonian (born south of Seattle), I easily identify with the title (but maybe not all the lyrics). I always think of living in the Pacific Northwest, and how the rain (or just overcast) was sometimes better than the sun. If it is raining or overcast, you can do whatever you want and not feel guilty. Stay in. Go outside. Go somewhere. No guilt. And you accept the situation. But if it’s sunny out, you just have to leave the house. Otherwise, you get the creeping sense you’re missing out (FOMO). Does the sun equal joy? No, you make it what it is. Maybe it only makes sense to someone who grew up in the rain.

One compelling song I enjoyed was “Blood for Poppies” from their previous album, Not Your Kind of People. More of a pop sound, with Shirley doing a semi-rap of the lyrics. It almost seemed out-of-place, but wasn’t.

Near the end of the main set, they played the explosive “Push It”, with a renewed energy in which Shirley danced much more than previously.

Garbage first formed in Madison, Wisconsin in 1993, releasing their self-titled first album in 1995. Besides Shirley on vocals, the band is Duke Erikson on bass, Steve Marker on guitar and Butch Vig on drums. Due to an illness, Butch isn’t able to tour, so Eric Gardner is taking on drum duties on this tour in his absence.

They ended the already potent show with the sultry “#1 Crush”, giving the packed theatre everything they could ask for.

I did enjoy their show at 9:30 Club in 2015 slightly more (just a smidgen), but also enjoyed hearing the new songs, so it’s a win-win all around.

Kristin Kontrol (Kristin Gundred of Dum Dum Girls) opened the night. You can read about it here. 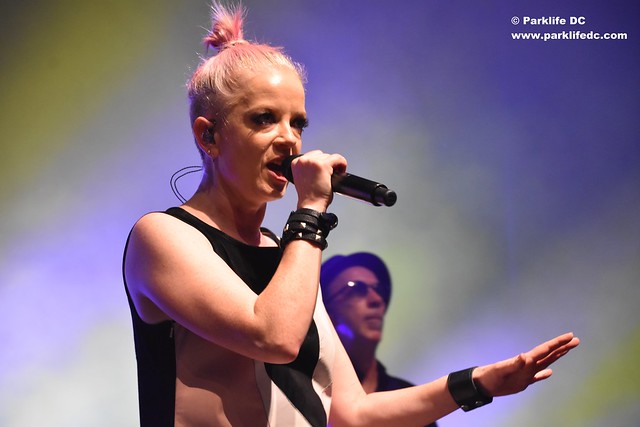 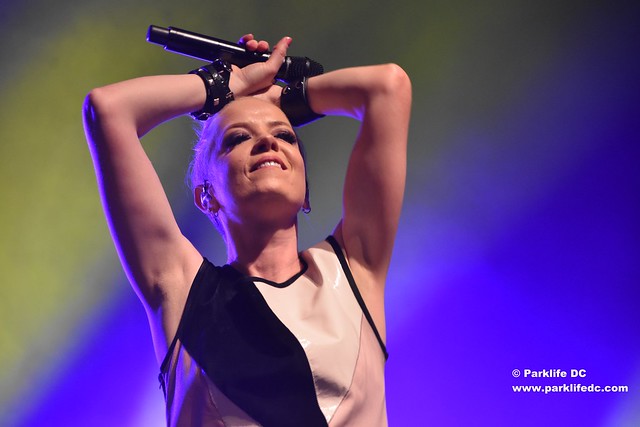