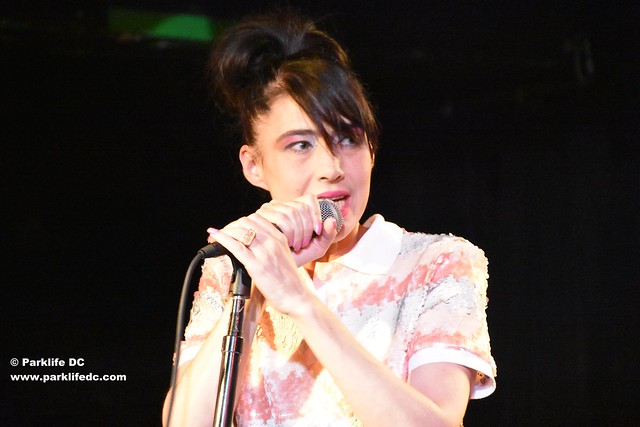 Kathleen Hanna sings with the Julie Ruin at the Black Cat on Friday, August 19, 2016.

Kathleen Hanna is angry. She seethes about her hatred for an alcoholic father. She rails against unwelcome attention from men. She spits on Internet trolls.

All of this naturally fuels some rather self-assured punk rock, such as with “I Decide,” the first single by her band the Julie Ruin from their new album Hit Reset, released on July 8 via Hardly Art.

The song is an hypnotic cocktail of Kathleen’s clear, appealing voice and a strong rhythm section. And although Kathleen’s righteous anger fuels such songs, they follow a smartly crafted blueprint for easily digested pop songs. More importantly, the songs, new and old, are well received by the sold-out room at the Black Cat on Friday night, when Kathleen came home to DC metro to play a show with the Julie Ruin in support of the new album.

Listen to “I Decide” by the Julie Ruin on Soundcloud:

And so despite her anger, you could tell that Kathleen was pleased and proud of her work and its results, and she even shared some nostalgia over her time growing up in the DC area, recalling joys of listening to bands such as Squeeze and the Boomtown Rats as a girl and being continually mystified as to how Kensington, Maryland (where she once lived) managed to stay a dry city for so long (until an end on its alcohol ban in 2013). She also seemed healthy and well after famously recovering from a battle with Lyme disease.

Forever a heroine to her audience (especially her local audience), Kathleen is the big draw here, but the rest of the Julie Ruin step up for a strong show as well. Kathi Wilcox, also formerly of Bikini Kill with Ms. Hanna, is responsible for much of the instrumental sound of this band. Together with drummer Carmine Covelli, Kathi forms a powerful and engaging rhythm section, which is essential to the Julie Ruin catalog. Guitarist Sara Landeau, who hews close to Kathleen during performance, deftly fills out the sound with some cool garage rock.

But perhaps the most important player here after Kathleen is Kenny Mellman, the big hearted piano player who always adds a touch of optimism, and hence balance, to the Julie Ruin’s stage act. Kenny recounts, for example, how he wrote a fan letter to Kathleen before ever meeting her, and that letter inspired them to come together in the Julie Ruin after Kenny spent a career in cabaret acts like Kiki and Herb.

When the band comes together on the new songs, the resulting sound has the snap and sass of skate punk but the depth and social commentary of classic rock protest songs. And the Julie Ruin also would like to see us dance a little bit too as Kathleen reminds us with her surfer chic strut during her breaks between vocal duties. The vast majority of the songs in the show were taken from the new album, along with a few selections from the Julie Ruin’s debut — and also “Radical or Pro-Parental” from the self-titled Julie Ruin album (which was actually Kathleen solo in 1998) and a cover of “Pedestrian at Best” by Courtney Barnett.

The Julie Ruin wrapped the current leg of their US tour in Philadelphia on Saturday, but Kathleen and company are poised to hit the road again soon with an appearance at Riot Fest in Chicago on Sept. 18. The Julie Ruin will tour the US west coast in October and then tour Europe in November and December.

Go see the Julie Ruin and soak up their catchy (if angry) new album, and revel in Kathleen’s still-sharp punk snarl. You’ll feel a little better about everything for having done so.

Here are some pictures of the Julie Ruin, and Kathleen Hanna specifically, from their performance at the Black Cat on Friday, August 19, 2016. 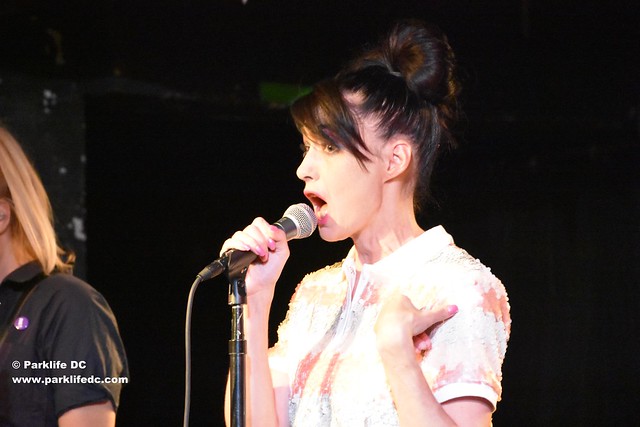 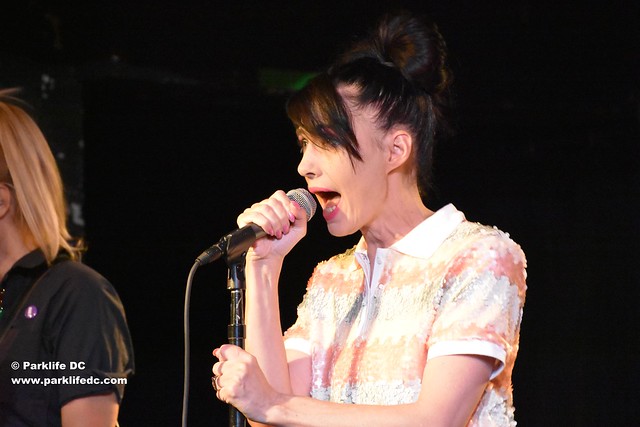 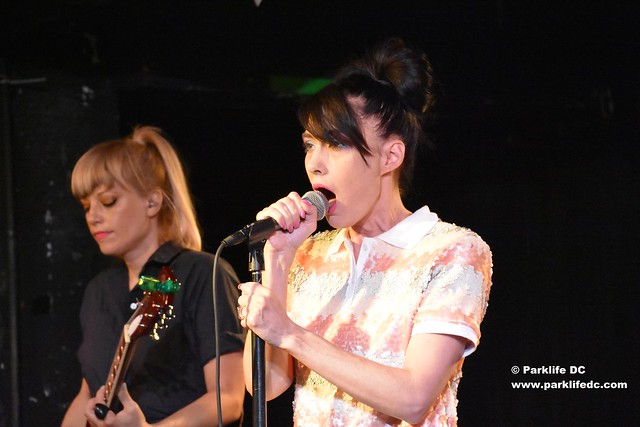 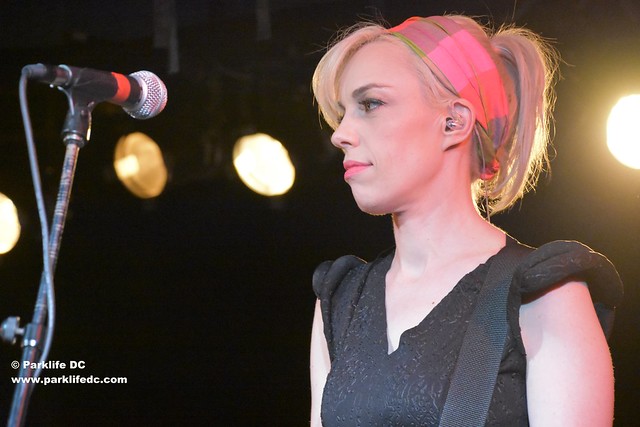 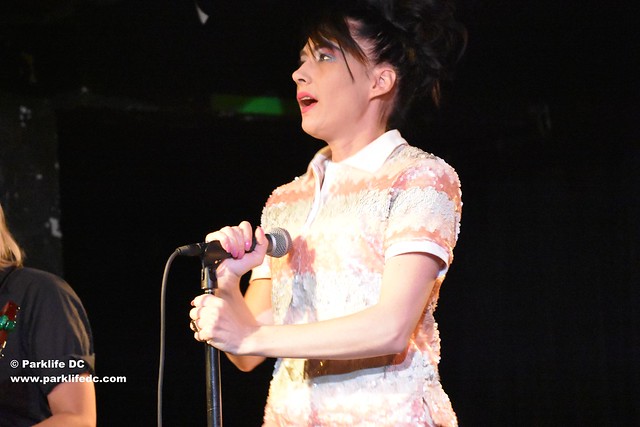 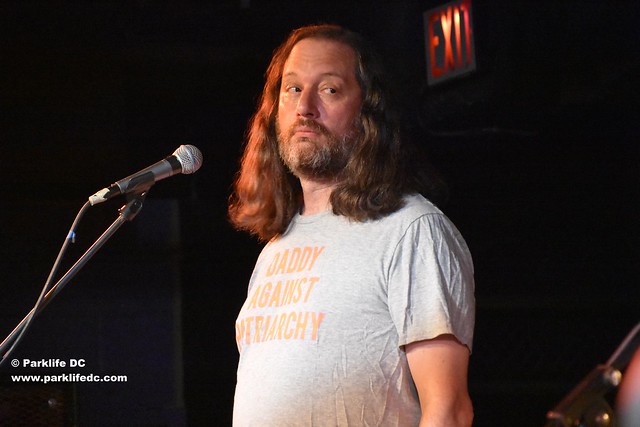 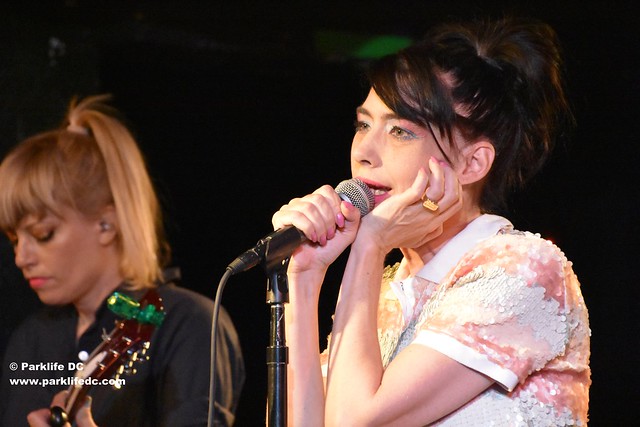 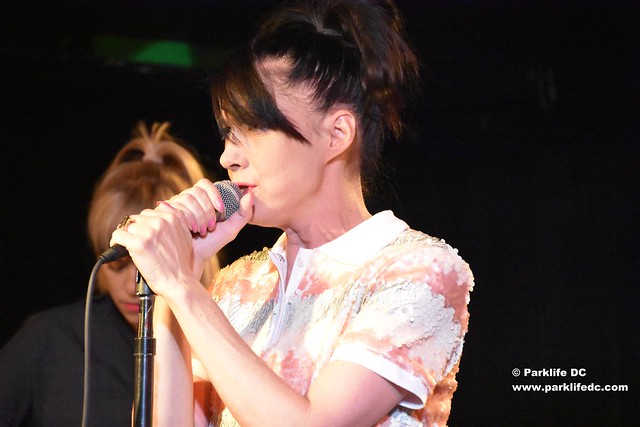 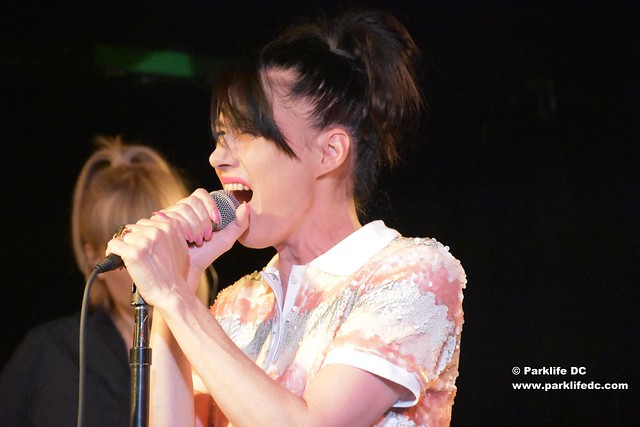 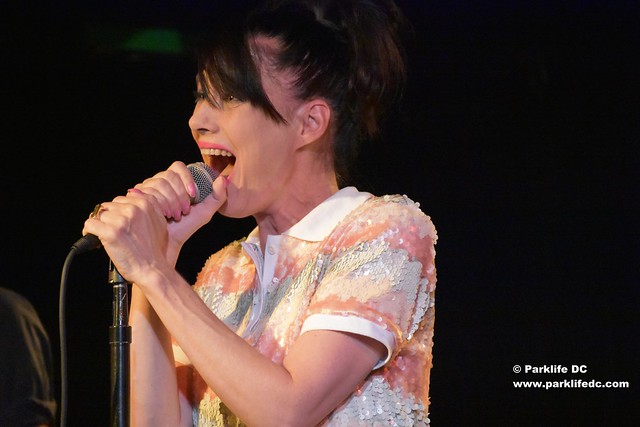 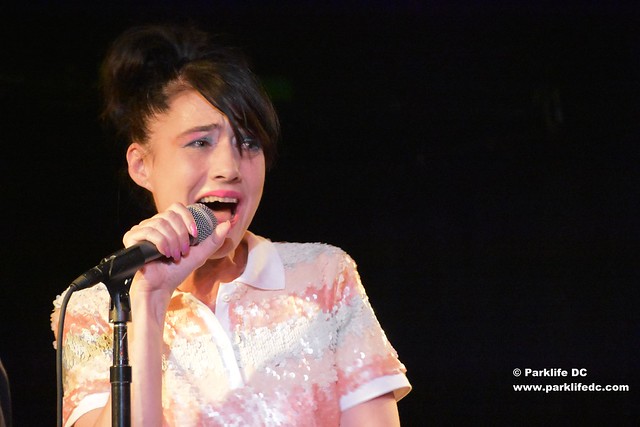 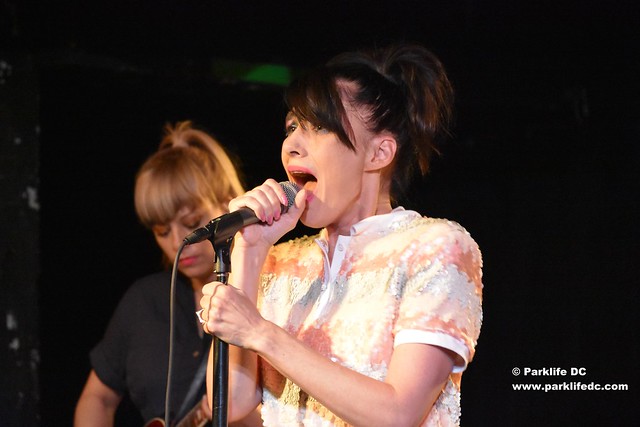 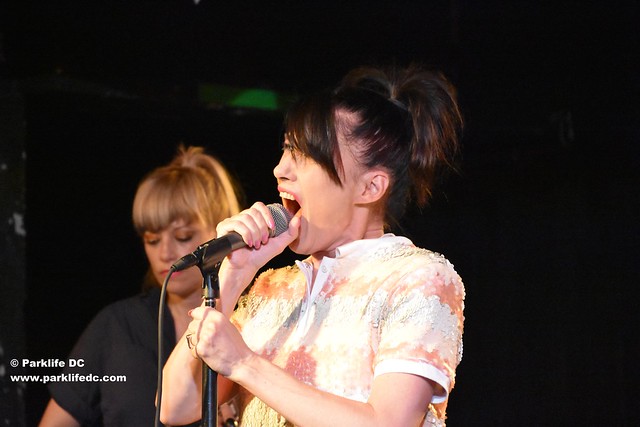