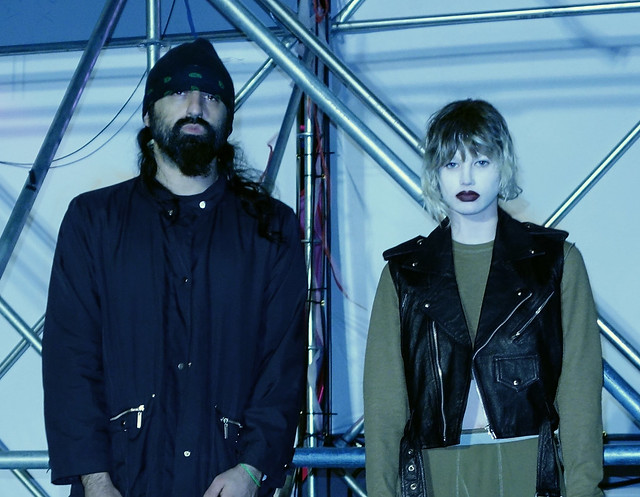 Fans of Toronto electronic outfit Crystal Castles let out a collective gasp when Alice Glass left the group to go solo in 2014. But producer Ethan Kath shrugged and suggested he always intended to collaborate with singers other than Alice, and he promptly recruited Edith Frances as the new Crystal Castles frontwoman.

On August 19, the electronic duo released a fourth Crystal Castles studio album, Amnesty (I) via Casablanca Records. Admirers of the band are likely to find it very reassuring as it hits all of the upbeat glitchy notes you would expect from Crystal Castles and Edith’s washed out vocals on songs such as “Concrete” dovetail nicely with the noise.

Watch the official music video for “Concrete” by Crystal Castles on YouTube:

In support of the new album, Crystal Castles hit the road on Tuesday, Sept. 6 in Carrboro, NC, and perform in a show at the Black Cat on Saturday, Oct. 8. It’s already sold out.

Other singles from the new album – “Frail” and “Deicide” — hit #1 on The Hype Machine, suggesting a reinvigoration of the Crystal Castles mythos. NME ranked the band’s self-titled debut album in 2008 at #39 in its list of Top 100 Greatest Albums of the Decade. In 2010, the second Crystal Castles album, (II), gave us the memorable “Not in Love,” which featured vocals by Robert Smith of The Cure. And in 2012, the third album (III) was the #1 album of the year on The Hype Machine.

The show is sold out!