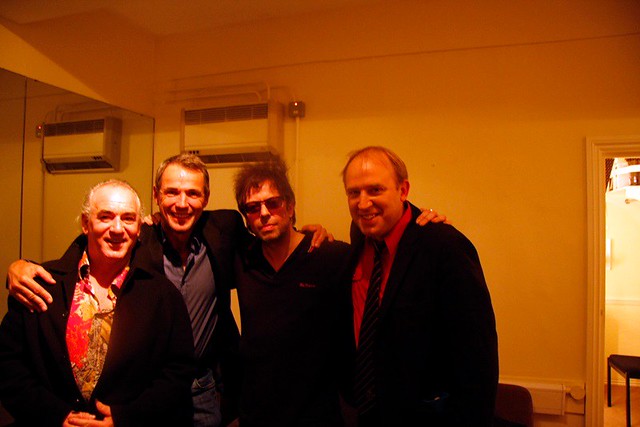 Did you score tickets to the sold-out show by Echo & The Bunnymen at the 9:30 Club on Friday? Want to celebrate? Join us Thursday at Dodge City for Careless Memories: A New Wave Party as we present a Salute to Psych, which will include an extra big dose of songs by the Bunnymen.

Did you miss out on tickets to the sold-out show by Ian McCulloch and crew at the 9:30 Club on Friday? Then what better way to make up for it than to join us at Careless Memories on Thursday, where we will play a healthy amount of classic tracks by Echo & The Bunnymen and make our own Bunnymen party!

This month, Careless Memories is paying tribute to the crossover bands of neo-psychedelia and new wave, and taking a look at how one subgenre informed the other! This means you’ll hear more than usual from bands like The Church, The Psychedelic Furs, The Teardrop Explodes, XTC, and more!

But of course, our primary concern will be to raise a glass to the leaders of this pack — Echo & The Bunnymen.

Watch the official music video for “Bring on the Dancing Horses” by Echo & The Bunnymen on YouTube:

Last week, Parklife DC gave away a pair of tickets to see the Bunnymen show, and in so doing we asked folks about their favorite Bunnymen songs! People overwhelmingly named “The Killing Moon,” but we also saw love for “Bring on the Dancing Horses,” “The Cutter,” “Lips Like Sugar,” “The Back of Love,” “Rescue,” “Villiers Terrace,” “In Bluer Skies,” “No Dark Things,” “Crocodiles,” “Never Stop,” and “Read It in Books!”

I’m going to try to play our fair share of those tracks, so don’t miss it. You can RSVP on Facebook or simply show up — admission is free.