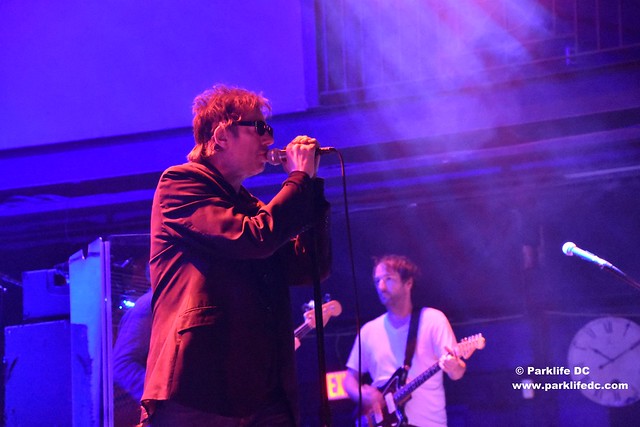 “Yes!” exclaimed DJ Rick Taylor with his characteristic exuberance. “Echo & The Bunnymen are playing ‘Angels and Devils’ — this is a B-side that I’ve never before seen live!”

And so it was that Ian McCulloch and his band took up the rarely played song, originally the B-side to “Silver” from Ocean Rain, as Rick explained to me, recorded as an homage to the Velvet Underground by Echo & The Bunnymen during their Ocean Rain sessions. (And it was actually included on the 2008 remastered edition of the album.)

Ocean Rain, the fourth studio album by Echo & The Bunnymen in 1984, figured prominently into the set Friday night at the 9:30 Club as an overly crowded house clamored for every little bit of cool they could suck out of Ian, much as he sucked down cigarettes from in front of the drum kit right on stage. (Who, after all, was going to stop him from smoking during the show? He’s Ian Fuckin’ McCulloch.) Ian and his studious compatriot Will Sergeant, who focused intently on his guitar the entire show, obliged the overly sold-out house by generating the coolest damn sound, which wafted into the heads and hearts of their patrons. 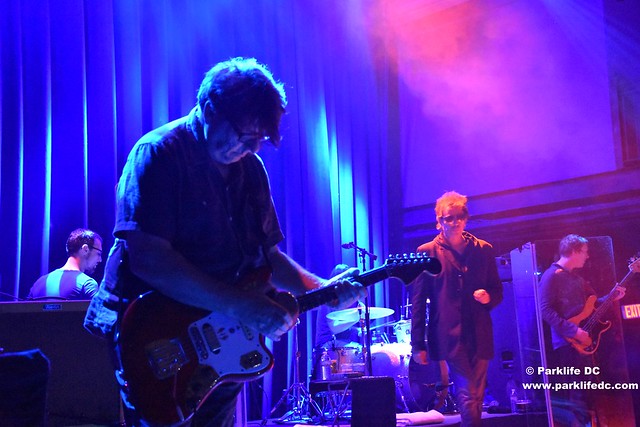 Will Sergeant plays guitar in the foreground as Ian approaches from behind.

Although Echo & The Bunnymen have a new album, Meteorites from 2014, they did not play a single track from it, preferring to turn back the clock to their first five albums, and their first in particular. But let’s remind ourselves how Ocean Rain triumphantly captured our attention as in addition to “Angels and Devils,” Echo & The Bunnymen played popular single “Seven Seas,” which just has that pleasing, popular neo-psychedelic Bunnymen sound. Toward the end of the set, Ian sings “The Killing Moon,” which he has consistently proffered as the greatest song ever written.

And stunningly, Ian and the band treated DC to a second encore at the very end of the show, when they returned to the stage to harvest the dulcet tones of “Ocean Rain,” the song. The room had been cheering loudly for more after Echo & The Bunnymen wrapped the encore with “The Cutter,” the wildly popular smash from third album Porcupine. Despite that ardent cheering, the choice of final song amazed everyone, who collectively held their breath in wonder upon realizing they were hearing the tranquil ode to renewal.

We later heard through the grapevine that Ian was inspired to return to the stage for that second encore due to the “beautiful girls swaying upstairs” at the 9:30 Club. Never think you’re going unnoticed on the balcony level, my friends!

Otherwise, as aforementioned, Bunnymen debut album Crocodiles dominated the proceedings with full, straight, and proper versions of “Going Up,” “Crocodiles,” “All That Jazz,” and “Rescue.” I had seen Ian and company once previously at the Black Cat, but Rick warned me this time to listen carefully for when the band played songs within songs and rearranged the structure of various selections. Two Crocodiles songs received special treatment in such a manner, as Ian blended “Do It Clean” with “When I Fall in Love” and “Sex Machine” by Nat King Cole and James Brown, respectively. Next, the band mix “Villiers Terrace” with “Roadhouse Blues” by The Doors.

Ian pulls the blending trick again in the encore when the band performs “Nothing Lasts Forever” from the 1997 reunion album Evergreen, and he throws in a cover of “Walk on the Wild Side” by his hero Lou Reed. I congratulated myself on that one as I broke out Lou’s song in a train of early Bunnymen singles the previous night during our Careless Memories set at Dodge City. 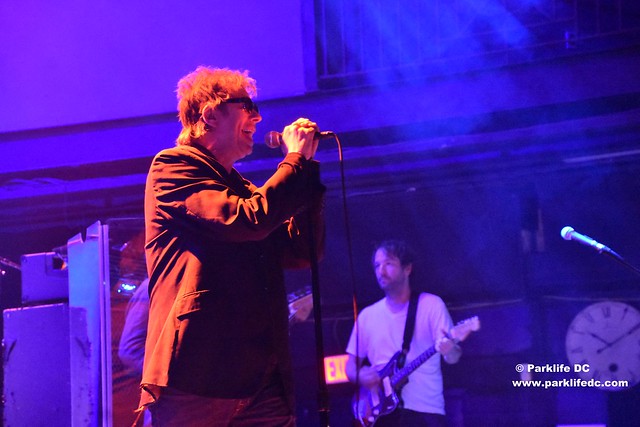 Well, the bottom line is that Ian sounded incredible. Friends joked that they were wondering if he were dubbed because he sounded so perfect. But of course, the Liverpool legend was simply absolutely nailing it all night with high spirits and a lucid focus on his craft. All agreed that it was the best Echo & The Bunnymen show they had seen, and I believe them all from people like myself who have now seen two up to people who had seen closer to 10.

You can see for yourself as Echo & The Bunnymen have only just begun the US tour of this remarkable set. Tonight, they hit Webster Hall in New York City, and they continue across the country to California, only to swing back through the South and close out in Atlanta on Oct. 18.

I urge you to go see them! This was easily one of the top 10 shows of the year for me, and Echo & The Bunnymen are certain to leave an indelible impression upon you, leaving you as transfixed as Rick and I on their amazing catalog. (Speaking of Rick, catch him spinning songs like “Angels and Devils” at We Fought the Big One, first Fridays of the month, Marx Cafe, 3203 Mt. Pleasant St. NW, DC.)

Here are some more pictures of Ian McCulloch, Will Sergeant, and the touring members of Echo & The Bunnymen performing at the 9:30 Club on Friday, Sept. 9, 2016. 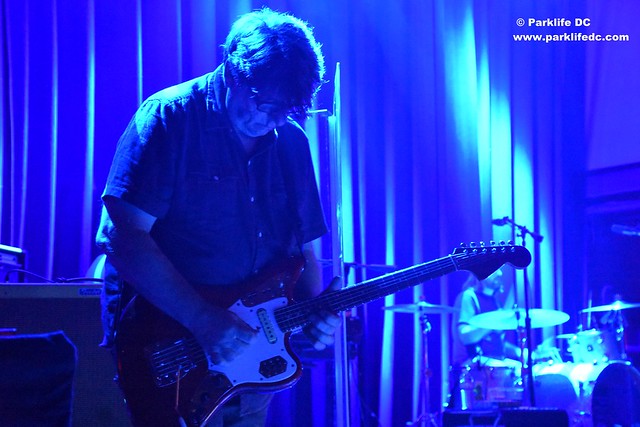 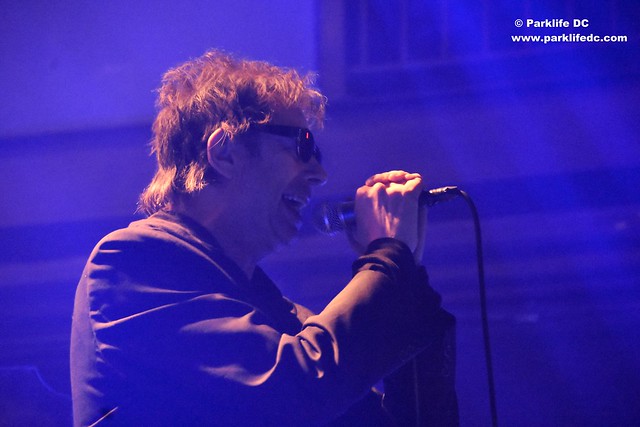 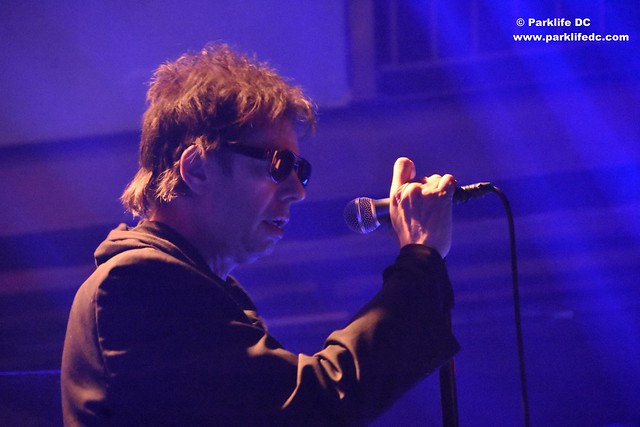 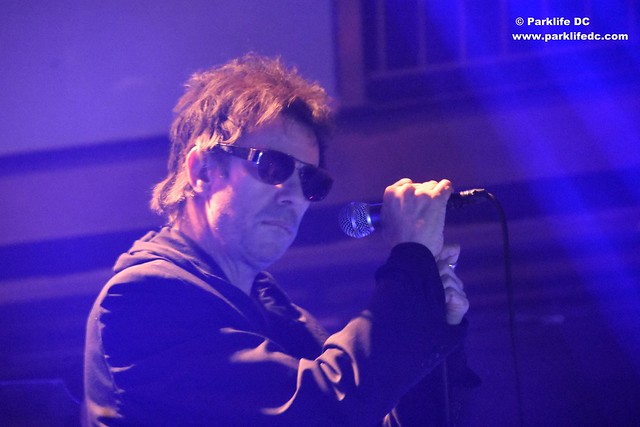 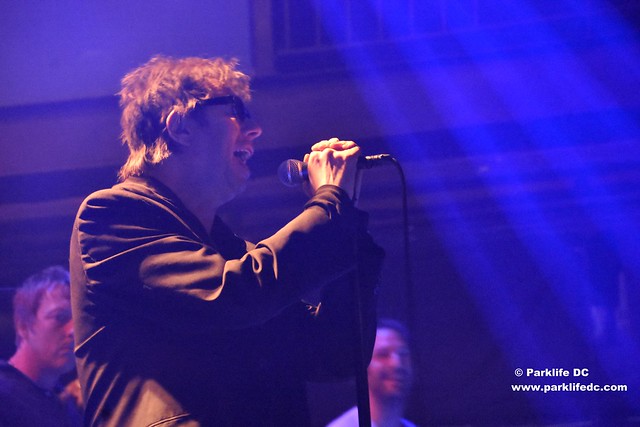 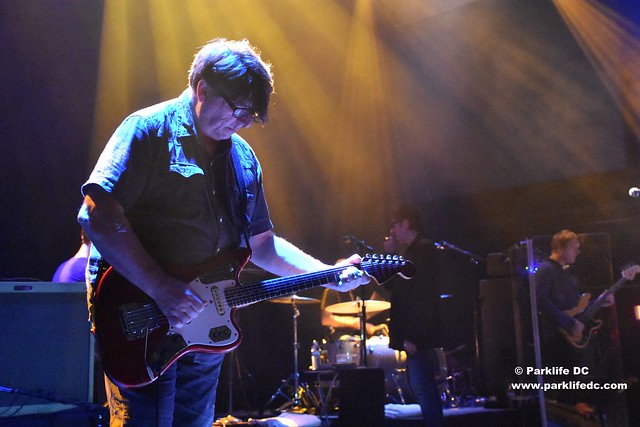 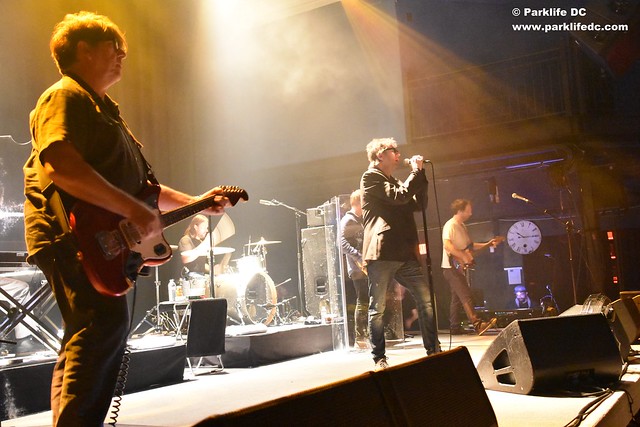 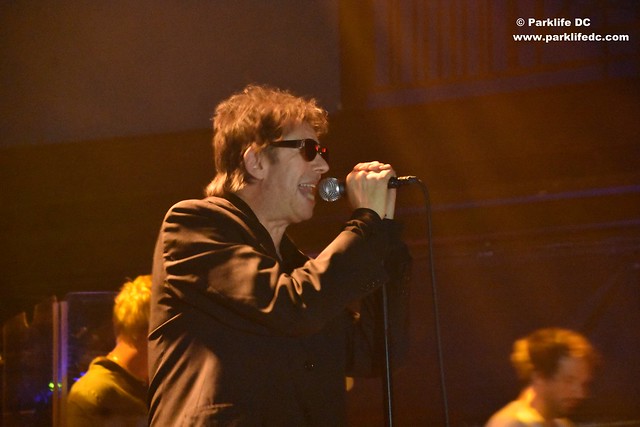 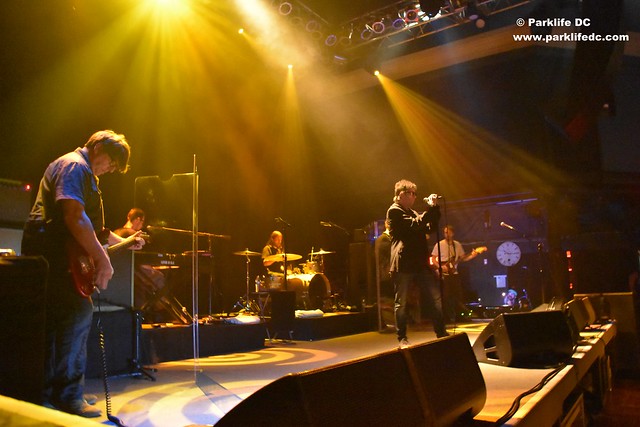 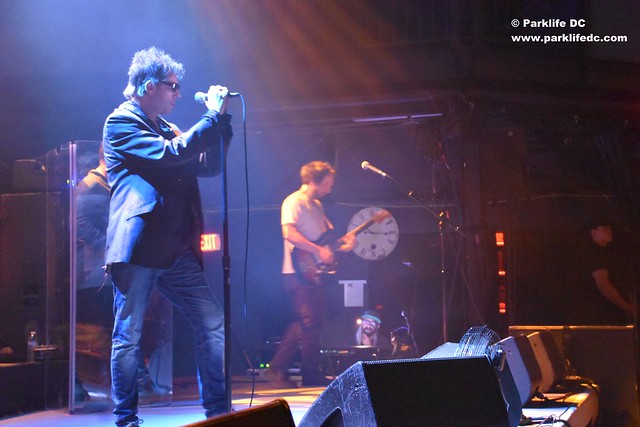 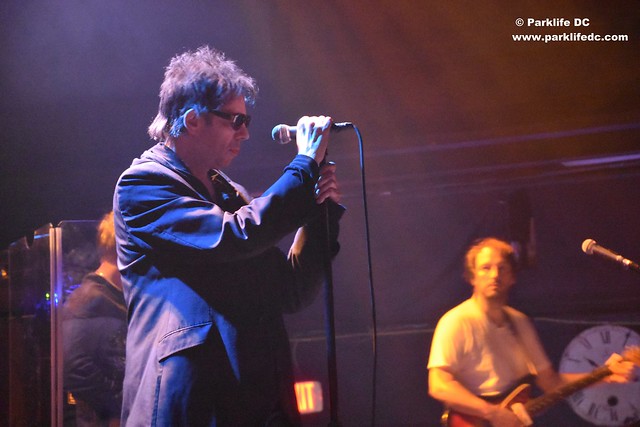