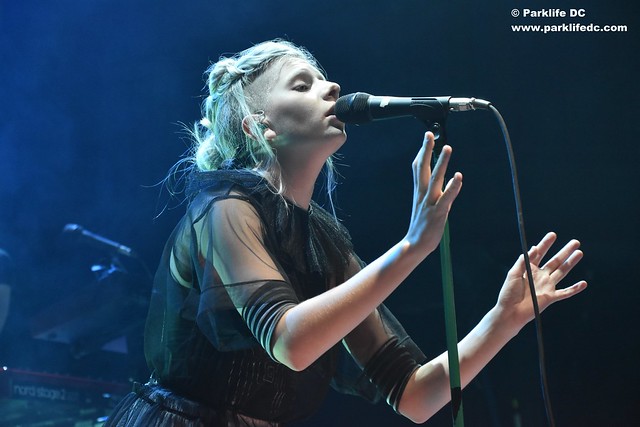 “If you have felt small in the past, hopefully you will not feel small again in the future!” declared Aurora, as she is known. “But this song is about feeling small and about the people that make you feel small.”

With that, she launched into her song “Went Too Far,” a meditation on wasting your love on those who do not return it.

Aurora’s electronic folk songs are largely about empowerment through struggle, and this one is no exception. Throughout the show, she returns time and again to themes of seeking freedom, fighting for what you’re worth, and finding yourself. She began her set with “Lucky,” a song about freedom from your past. Soon, Aurora is into her haunting, well-known “Murder Song,” which I interpret as an allegory for lost love (assuming it’s not a literal murder ballad in reverse). Then, she delivers “Runaway,” another song about freedom.

As Aurora winds toward the end of her set, she reaches two of her most popular songs of course — “Running with the Wolves,” with its memorable mock howling refrain, and “Conqueror,” a ballad again to lost love. 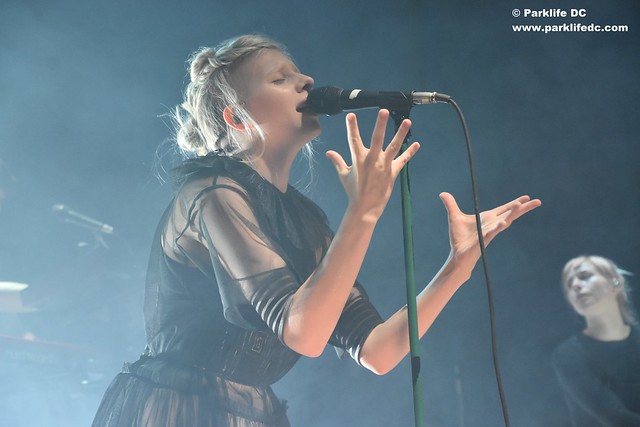 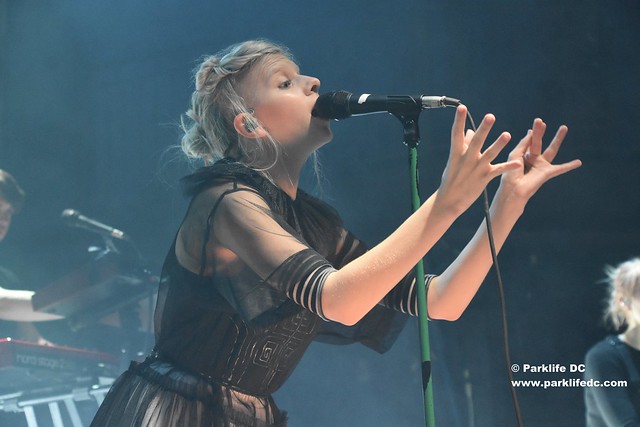 The audience, very nearly filling the 9:30 Club, revel in Aurora’s very full falsetto, and she sings her own songs with power and conviction. That would be performance enough for many, but for Aurora, it’s only half the story.

As she sings, she emotes with her body. She sings with her hands. She swings from imaginary places. She rises above clouds and she sinks beneath seas. She writhes in place, standing.

Aurora stretches long thin arms outward and upward and bellows plaintively, occasionally with a soft sadness or a sweet smile. Hearing the songs may be enough for a lot of folks, but for Aurora, to see is to believe.

It was very good to see her on a stage, such as the 9:30 Club, where she could stretch her wings, so to speak! In her last visit to DC in April, Aurora visited U Street Music Hall, where the tiny performance stage seemed to strain to contain her movements, much less hold her very good band. (Read our Parklife DC review of Aurora’s show at U Street Music Hall.) By the way, the synthesizer musician often next to Aurora, Selma Frida Stang, is a standout performer in the ensemble. In addition to her talent, her bond and friendship with Aurora lends the overall show some warmth and fun, particularly when they look to each other for nonverbal cues or, as in the case at the 9:30 Club, pause to pantomime briefly together as cats.

Aurora continues her tour tonight, Thursday, Nov. 3, in New York City, and then she continues across the United States and Canada for a last North American date in Vancouver on Dec. 3.

I predict if you see her, much like our 9:30 Club audience, you’ll find yourself soaring new heights and dredging new depths along with the elfin blonde siren. 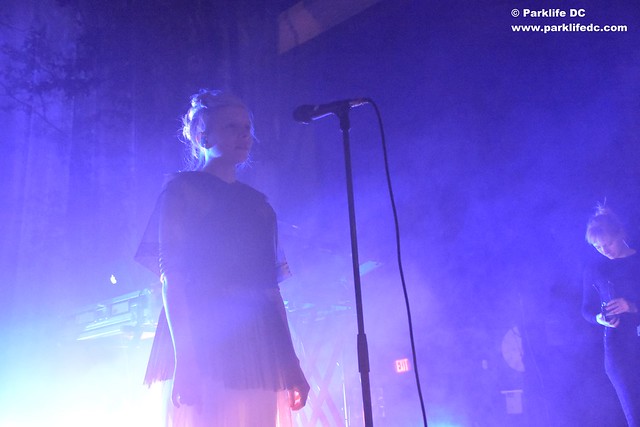 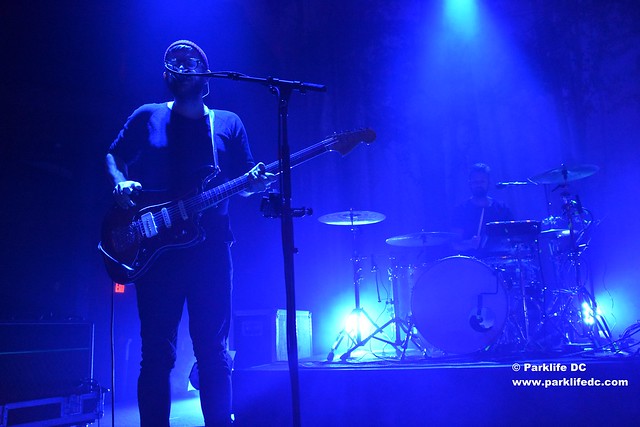 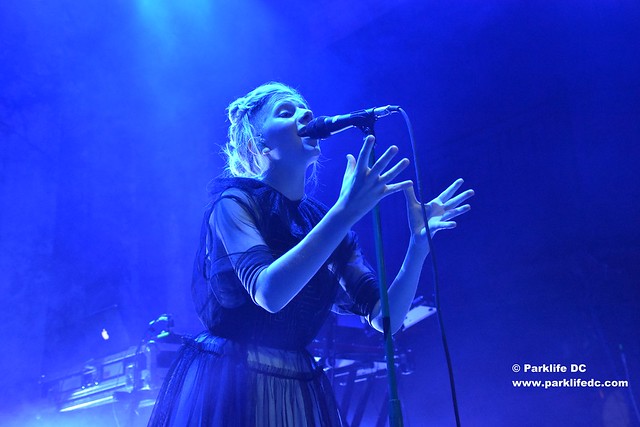 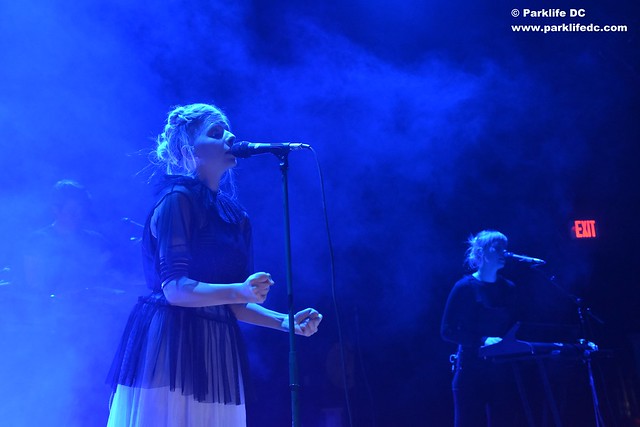 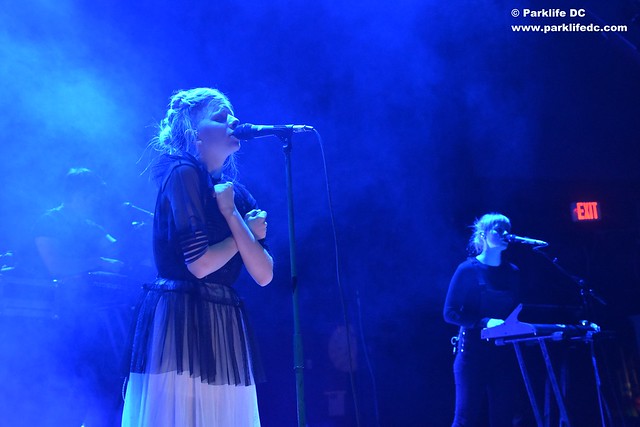 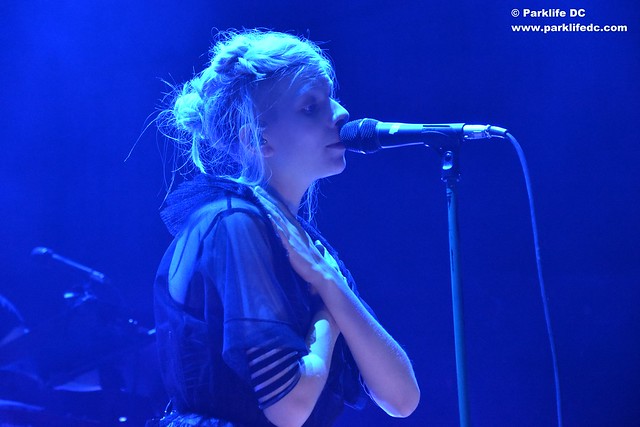 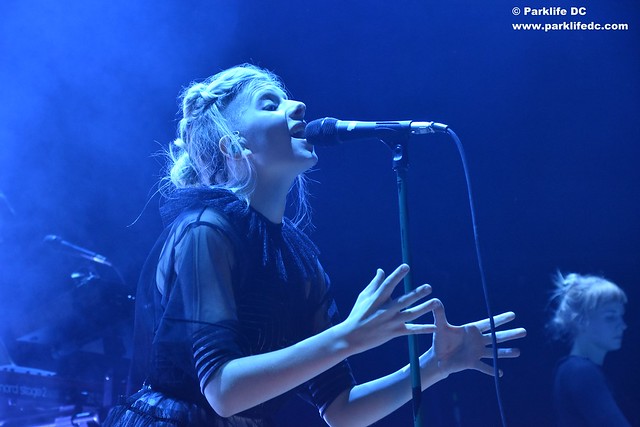 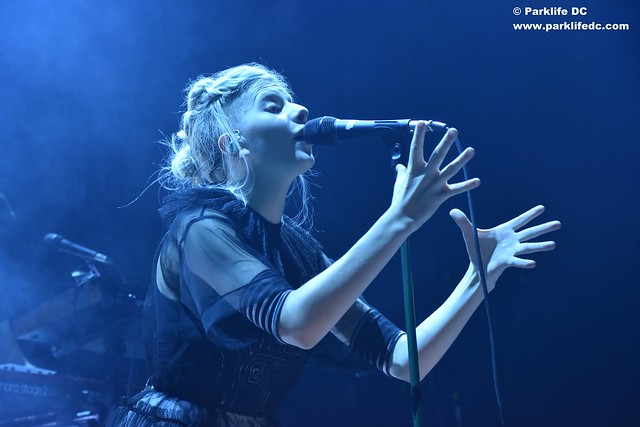 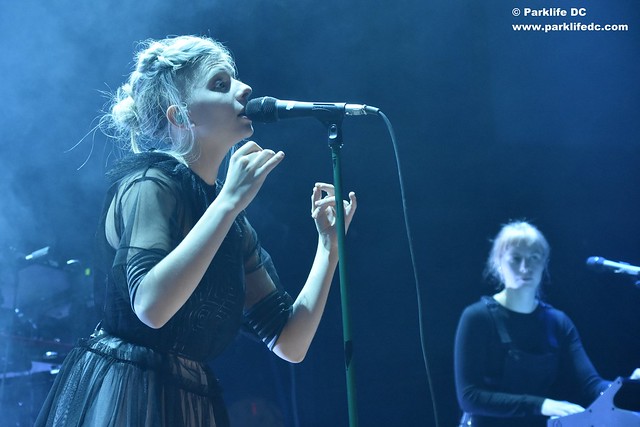 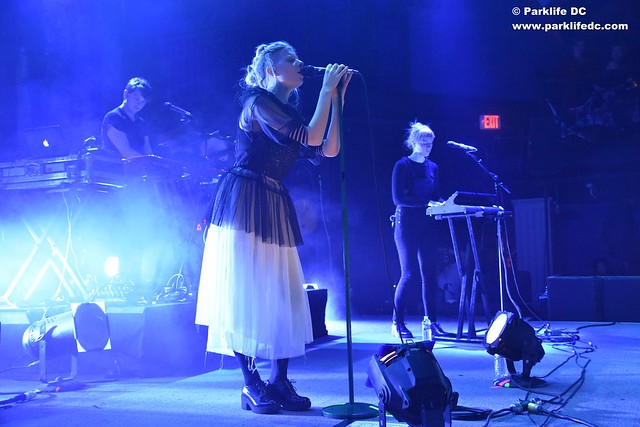 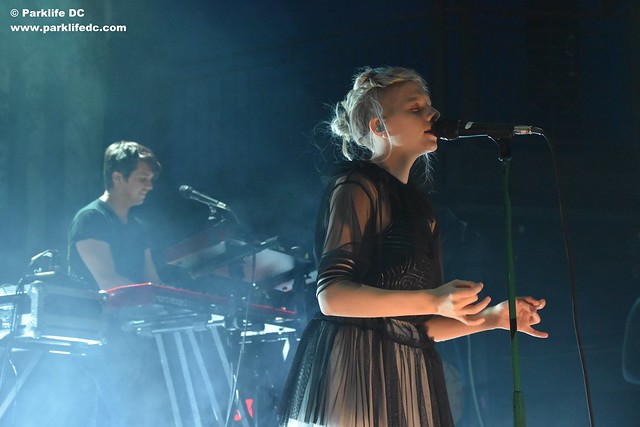 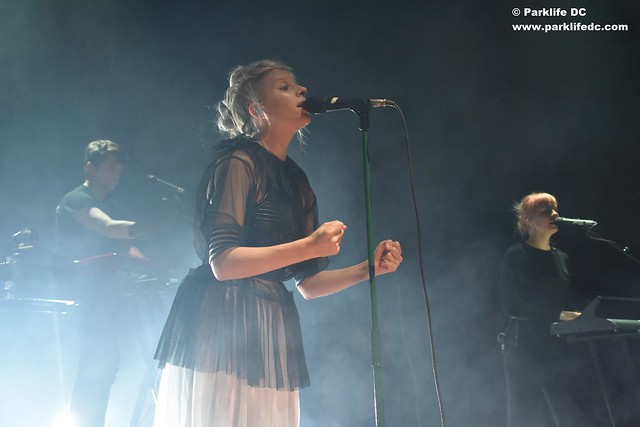 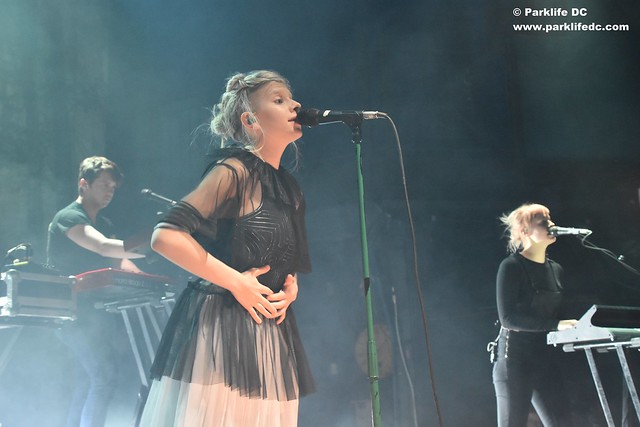 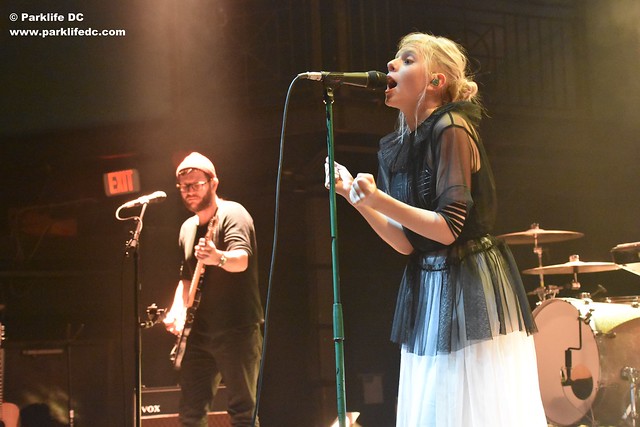 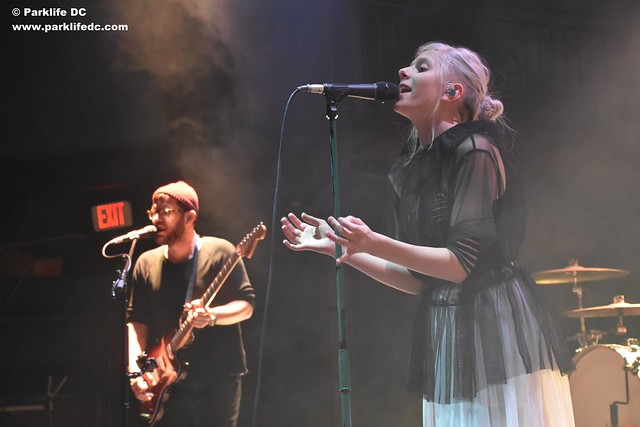