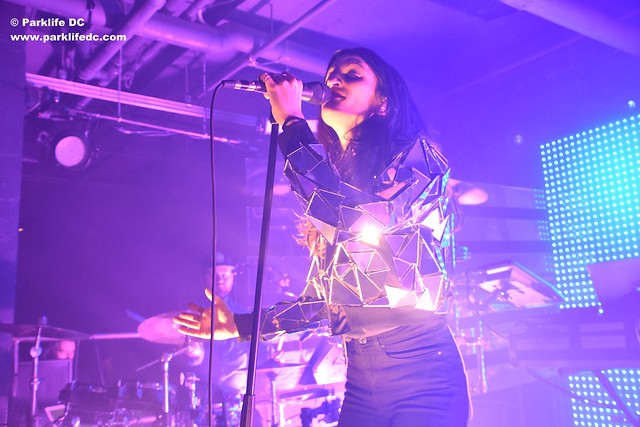 Dragonette’s second song is also a new one, and the very full house at U Street Music Hall welcomes “Let the Night Fall” with as much enthusiasm as they later applaud “Hello,” Dragonette’s most famous collaboration with French DJ Martin Solveig. It is no mean feat to win an audience as quickly with new songs as did Dragonette; I’ve seen many a show by other bands where crowds sit patiently to wait for the “hit” songs in a set with little enthusiasm for other stuff. Dragonette do not have that problem!

For the first several songs of the show, Tina wears a brilliant stage device — a mirror ball jacket that produces its own light show when struck at the right angles by the alternating white, blue, or purple lasers deployed by the band. It also reflects the dot-matrix pattern of the digital screen behind Tina, making innovative use of the small stage area afforded by U Street Music Hall.

As a band, Dragonette have done a fair amount of collaborations with Solveig and other DJ producers. Soon, they revisit one of those collaborations — “Fire in Your New Shoes,” a song written with Kaskade. As much as I like the song, I am reminded that I like it even more live. One reason is that I appreciate Dragonette’s smart use of guitar and bass and “Fire” is a rare song where Tina picks up a guitar at the front of the stage, augmenting the band’s synthpop with warm accompaniment that place them firmly in a new wave camp whereas at other times they explore a space a bit closer to house. 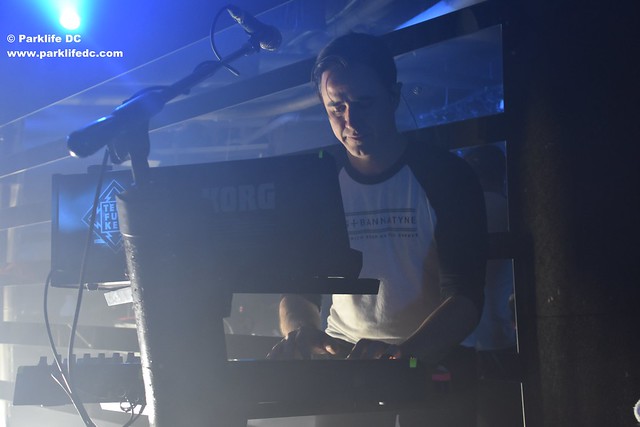 As cool a frontwoman as Tina is, however, the star player in Dragonette for me is Dan. Dan is an excellent, polished musician who always impresses when he’s behind his synthesizer or when he switches over to bass. Dan fills out the sound elegantly on great Dragonette numbers like “Pick Up the Phone” from their great second album, Fixin to Thrill. Dan’s synths win me over still later in “Live in This City” from Dragonette’s third album Bodyparts, which has been my least favorite of the band’s four albums but to which I still warm in live performance.

Lest I forget, drummer Joel Stouffer is a welcome sight on stage as well. His steady hands on drums are a key ingredient to the rhythmic character of Dragonette’s punchy pop, and his scholarly devotion to his kit gels well with Dan’s cerebral gregariousness. Joel’s drumming becomes an important element in encore song “Stupid Grin,” for example, where its roiling addition drives some urgency to the song as the audience shouts along with the lyric “I just let your love in!”

Dragonette wrapped up their current tour in Boston last night. But do keep your eyes peeled for more from Dragonette, as I suspect our Canadian friends will keep busy in 2017 with more tour dates at some point!

Here are some more pictures of Dragonette performing at U Street Music Hall on Friday, Dec. 9, 2016. 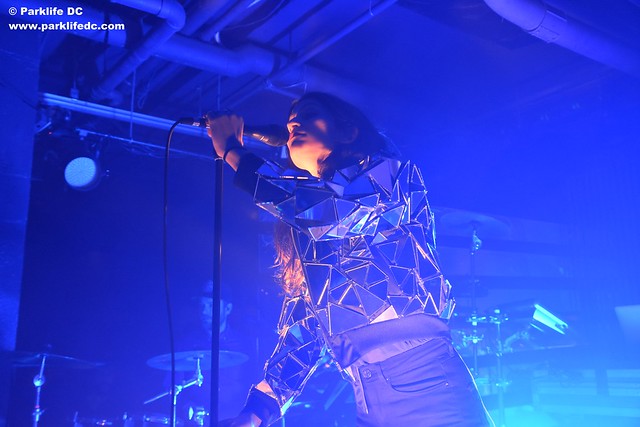 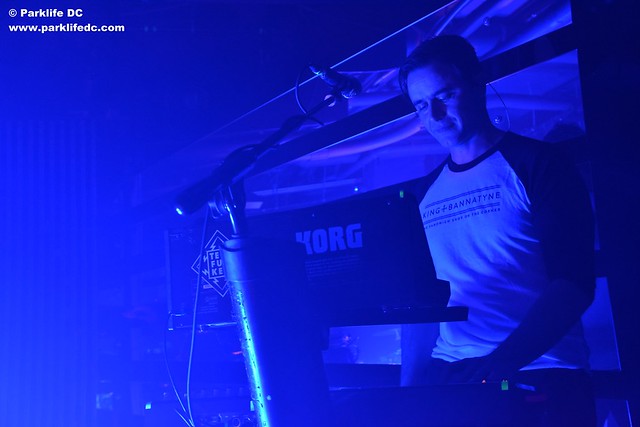 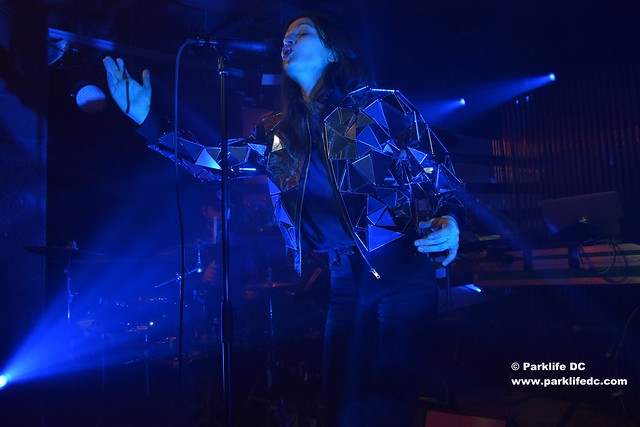 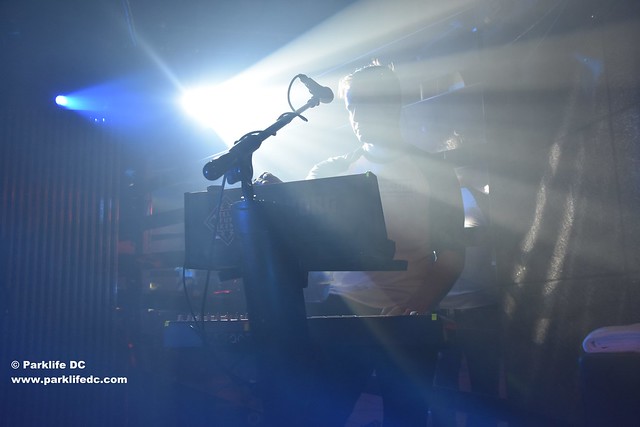 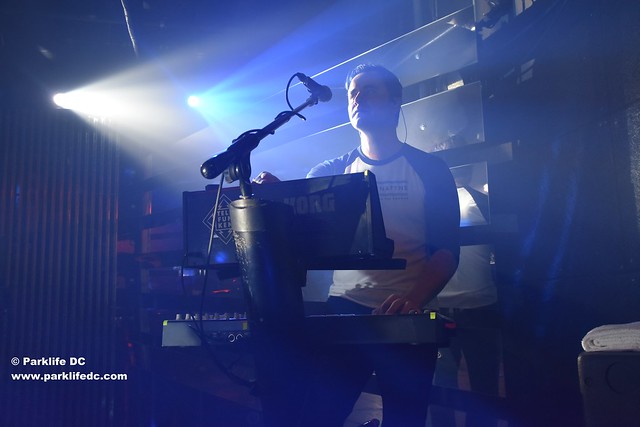 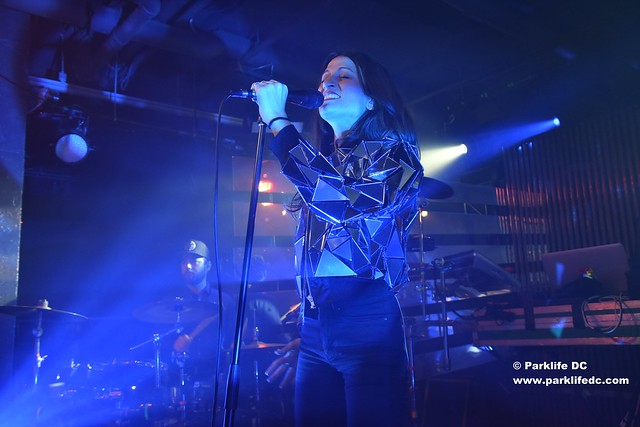 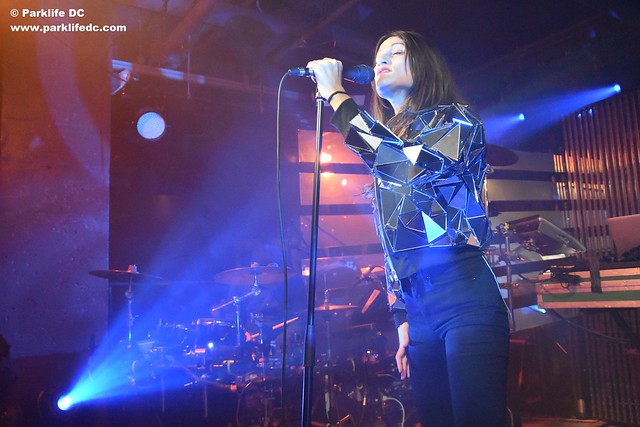 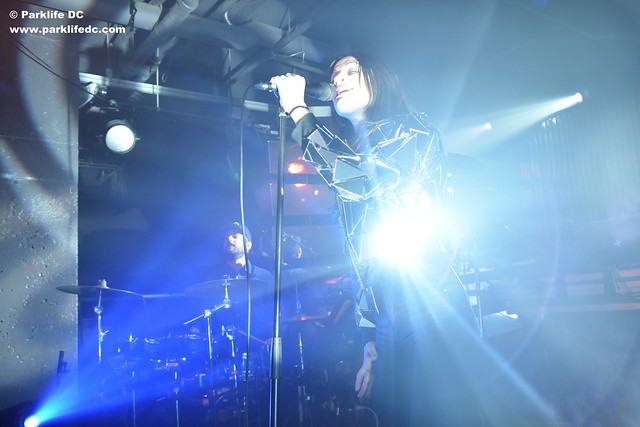 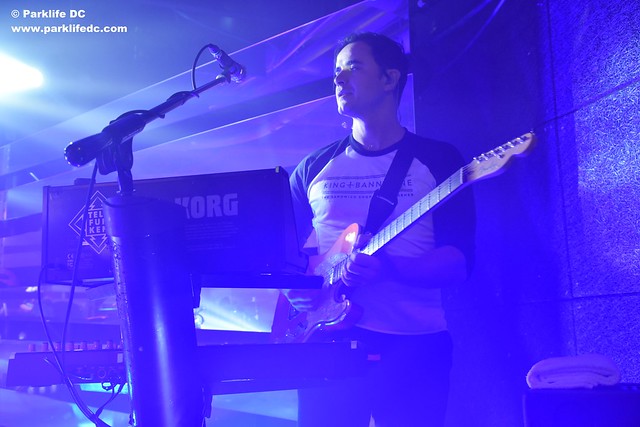 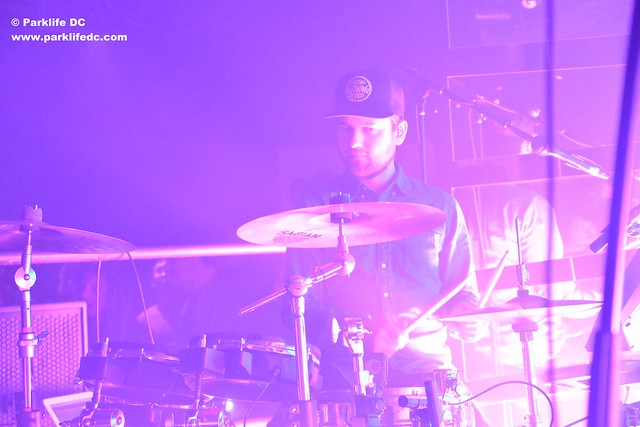 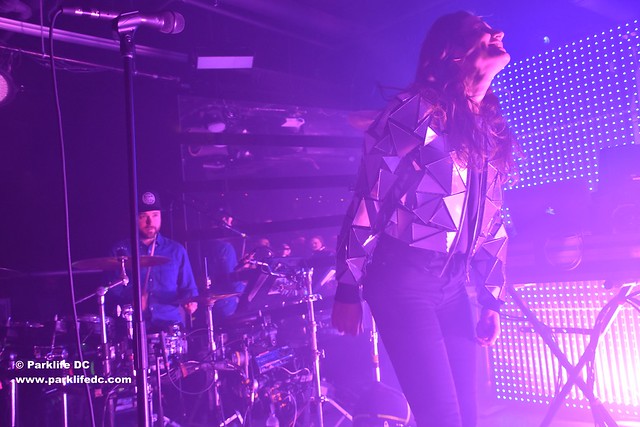