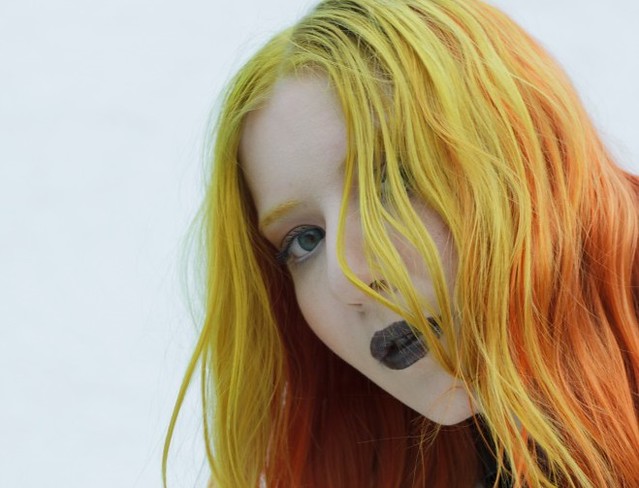 Canadian vocalist and producer Katie Stelmanis has been receiving praise with the upcoming third album by her band Austra, which is visiting the Black Cat on Saturday, Jan. 28.

“Stelmanis’ personal satisfaction derives from artistic validation… and having a voice… and with ‘Utopia’” she’s found both in the form of a steely cold and cascading swirl of a track. One that’s anthemic, too, in a way that encourages you to find your own resolve, as well,” said Stereogum in praising the song “Utopia” from the upcoming album, Future Politics, due Jan. 20 via Domino.

Watch the official music video for “Utopia” by Austra via YouTube:

In a statement, Katie said the new album has a point: “a commitment to replace the approaching dystopia.”

The goal then is to inspire hope and thus spur individual people to make the right decisions (and while offering good dance music, of course). “Not just hope in the future, but the idea that everyone is required to help write it,” she said.