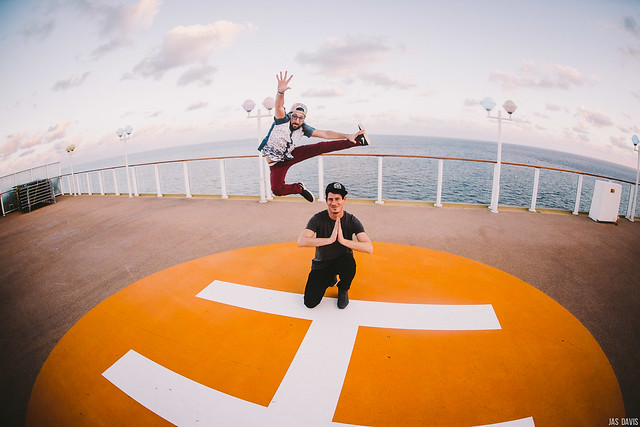 The electronica duo, based in Boulder, Colorado, will hit Echostage on Friday, Feb. 17, with a fresh batch of material from their new album Brighter Future, released via Big Gigantic Records in August. Dominic Lalli (saxophone/producer) and Jeremy Salken (drums) sound as vital as ever in new tracks like the funky new song “The Little Things.”

Listen to “The Little Things” by Big Gigantic featuring Angela McCluskey via Soundcloud:

“The Little Things” has been ubiquitous since its release. The World Series played it between innings. Apple recently used it in a Macbook Pro announcement. The song shot to #1 on iTunes Dance, and to date it has sold more than 30,000 copies.

With six albums under their belt, Big Gigantic have toured quite a bit since their beginnings in 2008. They’ve hit every major US festival including Coachella, Lollapalooza, Ultra Music Festival, Hangout, Austin City Limits, Governors Ball, Electric Forest, Outside Lands, and Bonnaroo. So clearly the best way to experience Big Gigantic is to see them live!