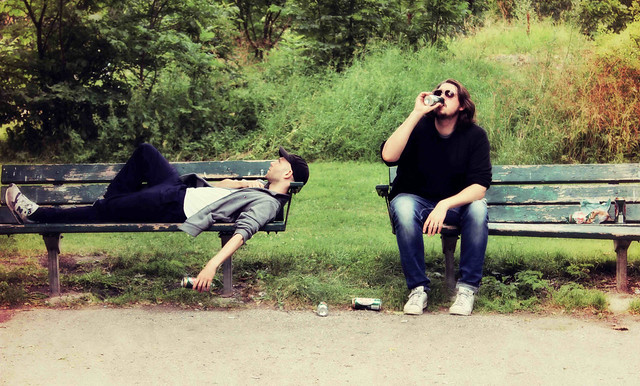 Swedish duo The Radio Dept. released their fourth studio album, Running Out of Love, via Labrador in October, and the dreampoppers find themselves getting rather political!

“It’s an album about life in Sweden in 2016 and how our society seems to be in regression on so many levels. Politically, intellectually, morally…It’s an album about all the things that are moving in the wrong direction. It’s about the impatience that turns into anger, hate and ultimately withdrawal and apathy when love for the world and our existence begins to falter,” Johan Duncanson and Martin Carlberg said in a statement on the album.

With new songs like “Swedish Guns,” a criticism of Sweden’s arms industry, The Radio Dept. have embarked on a tour, and they stop at the Black Cat on Wednesday, Feb. 15.

Listen to “Swedish Guns” by The Radio Dept. on Soundcloud:

“Running Out of Love [addresses] xenophobia, police brutality, and shady arms dealings. The work is a collection of dreamy dance tunes that confronts what its creators see as the darker side of the Scandinavian nation,” said The Atlantic.

At least with The Radio Dept., we can try to dance our worries away!