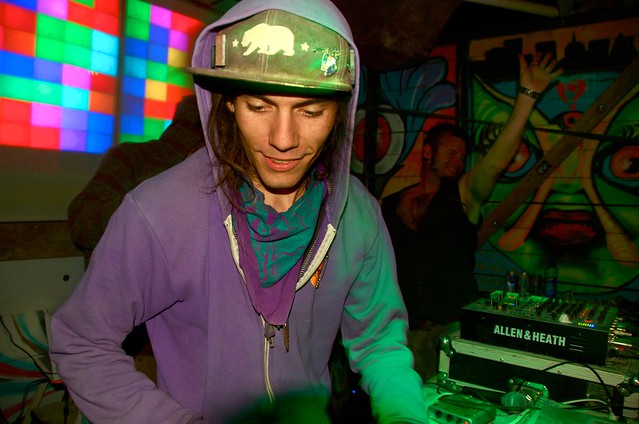 On Friday, G Jones drops his new EP, Visions, and before that he will spin at Soundcheck on Wednesday, Jan. 25, kicking off a tour that will take him to Bonnaroo in June.

Hailing from Santa Cruz, California, G Jones (born Greg Jones) is fond of cross-genre experimentation, heavy bass, and hip hop beats in his electronic dance music. He keeps that flame alive on the new EP with tracks like “Pull Up.” Listen to “Pull Up” by G Jones on Soundcloud:

Although only active for a few years, G Jones keeps busy. He’s collaborated with Bassnectar and Eprom and teamed up with DJ Shadow on Nite School Klik. G Jones also is known for his big festival appearances at events like Coachella, Symbiosis, Shambala, Burning Man, and Lightening in a Bottle.

His last release, Eyes, published via Robox Neotech, represented the latest in West Coast bass music. That 2013 EP demonstrates many of the signature elements of G Jones’ style: big basslines, pulverized vocals, and spaced-out sounds. He’s sure to keep you dancing at Soundcheck on Wednesday.