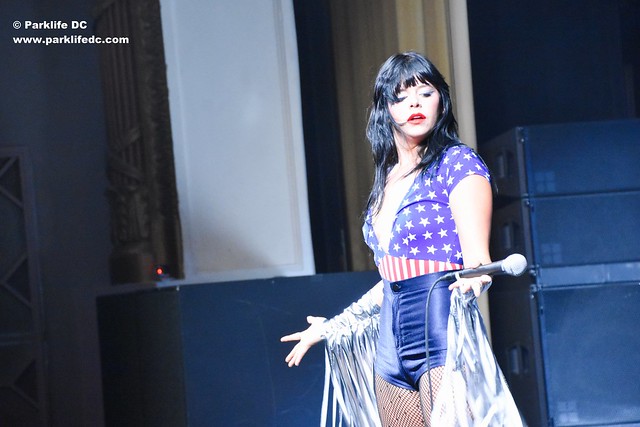 Vocalist Ali Cat of Glam Skanks catches her microphone at the Lincoln Theatre in DC on Monday, Jan. 23, 2017. (Photo by Mickey McCarter)

What do you get when you combine Wonder Woman with a motorcycle daredevil and give her the voice of Suzi Quatro?

You get Ali Cat, lead singer of Glam Skanks, a rock-n-roll girl band from Los Angeles. And when you put Ali with her bandmates, you get a ton of musical hijinks and a stageful of fun.

Glam Skanks partied down with a sold-out audience at the Lincoln Theatre on Monday, when they came to DC to open for Adam Ant, himself on an extended 35th anniversary tour of his seminal album Kings of the Wild Frontier. (Read our Parklife DC review of Adam’s show.) In that capacity, the four ladies from Los Angeles played 10 kick-ass songs that blew the audience away and won them a lot of new admirers.

Appropriately, Glam Skanks start their show with “G.L.A.M.,” a team anthem that warns the band are coming to town and they aren’t going to take any crap. Immediately, the crowd is rocking out and clapping along with the band. That song and many of the rest hail from Glam Skanks’ debut full-length album, Glitter City, published last summer via Unison Music Group.

The band immediately remind you of heroes like T. Rex and The Sweet with “Teenage Drag Queen,” a shout-along sonic boom that tackles gender roles, a favorite subject of glam rockers and does so in a fabulously fun, irreverent manner.

As Glam Skanks move through their set, the band’s dynamics become clear. Ali struts like her feline namesake, and she cuddles up to BFF guitarist Veronica Volume. The playfulness and bond between the two women is one of the keys to Glam Skanks. The joy they experience while performing together radiates throughout their music and into the audience, and we are all having as much fun as they. 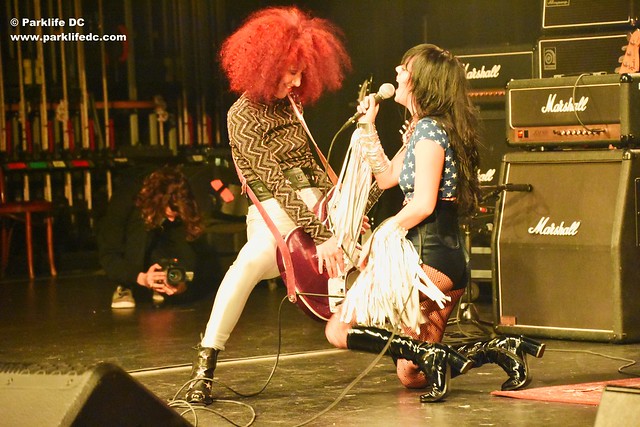 Soon, Glam Skanks move into a favorite song of mine from their album — “Fuck Off,” a message to get lost to a former suitor. The song is a cheeky, deceptive number, full of ‘50s girl group charisma, enticing you to sing along as the ladies suggest what their man can go do with himself. Then they play a cover from Dutch psychedelic band Shocking Blue, charming the audience with a pleasing version of “Send Me a Postcard.” (I couldn’t help but see some similarities in how Bananarama famously made Shocking Blue’s “Venus” their own in the ‘80s.)

In the latter half of the show, Glam Skanks song “Bad Bitch” delivers a melody reminiscent of “Jean Genie,” echoing another influence in David Bowie. And they close their all-too-short set with the title track of their album, shooting for nothing less than being stars in “Glitter City.” In this song, as in many others, the outstanding rhythm section stomps out the beats with bassist Millie Chan and brand new drummer Jalilie (–last name a mystery!). Millie is a stoic rocker while Jalilie is a fast-learning powerhouse, pounding out drum beats like a pro, considering the short time she’s been with the band.

Glam Skanks continue as opening act for Adam Ant through the end of his current North American tour, which wraps up in San Diego on Feb. 18. (Tonight, they are at the storied Keswick Theatre in the suburbs of Philadelphia!) As Veronica told me in a recent interview, Glam Skanks are going to try to stay on the road as much as possible this year, so with any luck we will see them return to DC in short order! (Read our Parklife DC interview with Veronica.)

Meanwhile, you will regret missing them if you don’t get out to Adam’s show early enough to see them. They are the perfect fun, carefree rock-n-rollers, destined to open for a great glam artist like Mr. Ant, and they will simply make you dance and smile along to their smashing tunes.

Here are some more pictures of Glam Skanks performing at the Lincoln Theatre on Monday, Jan. 23, 2017. 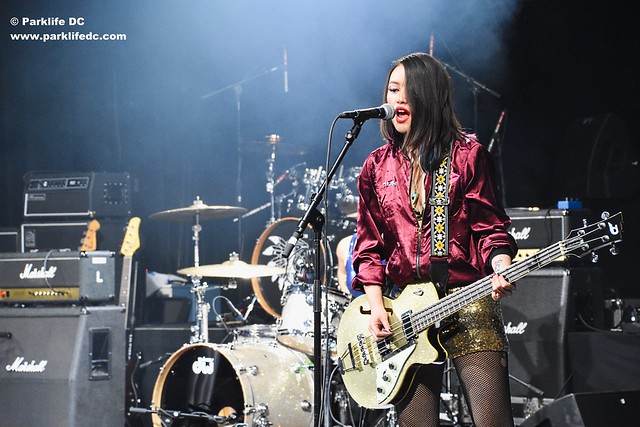 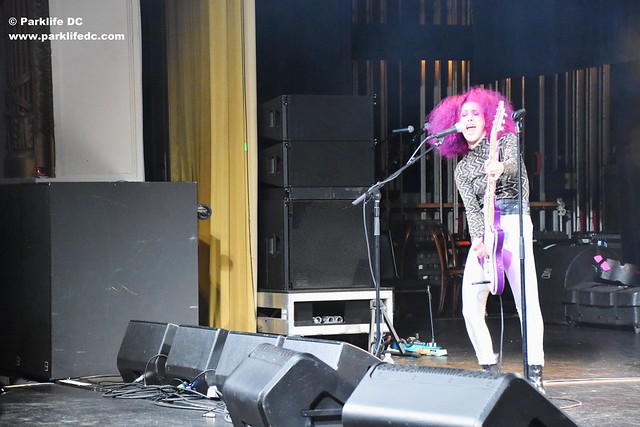 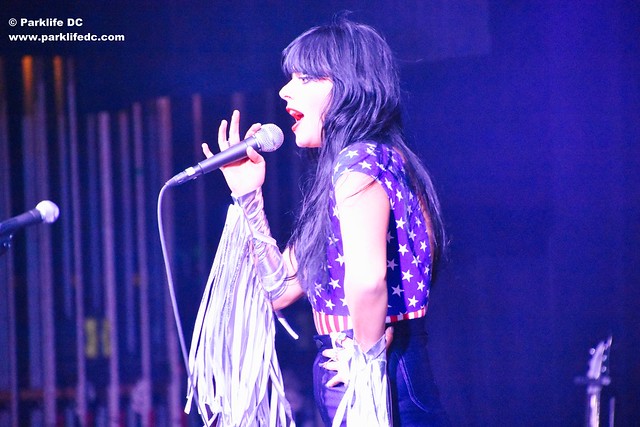 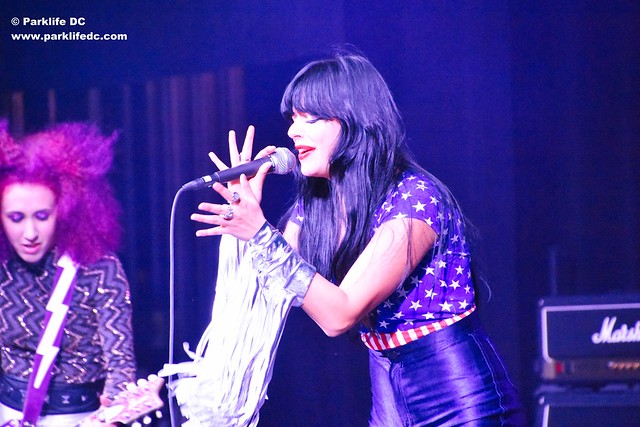 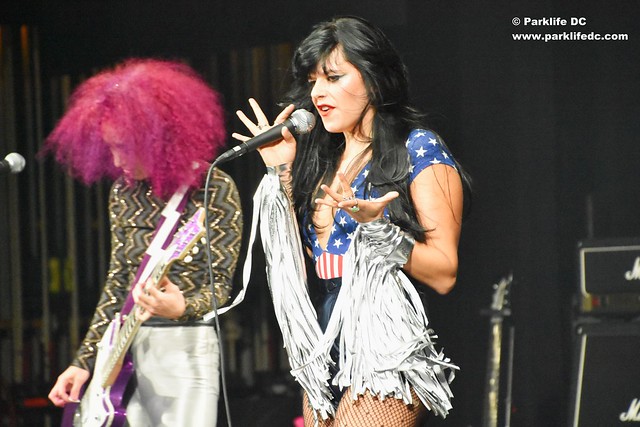 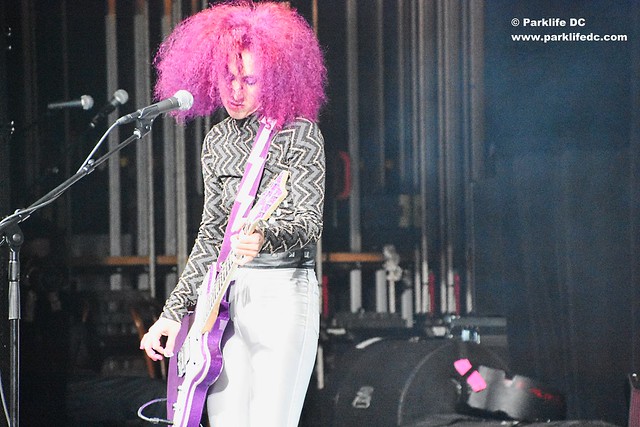 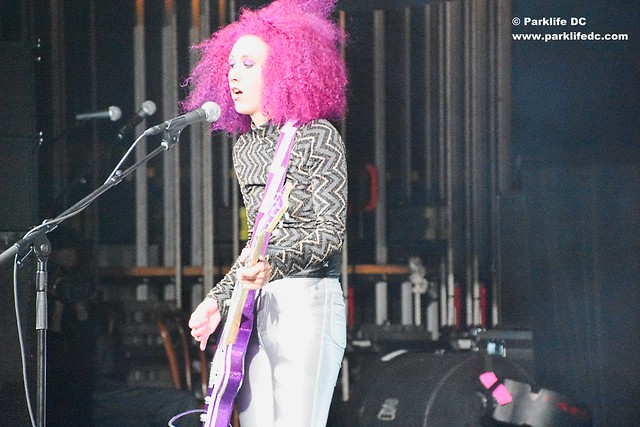 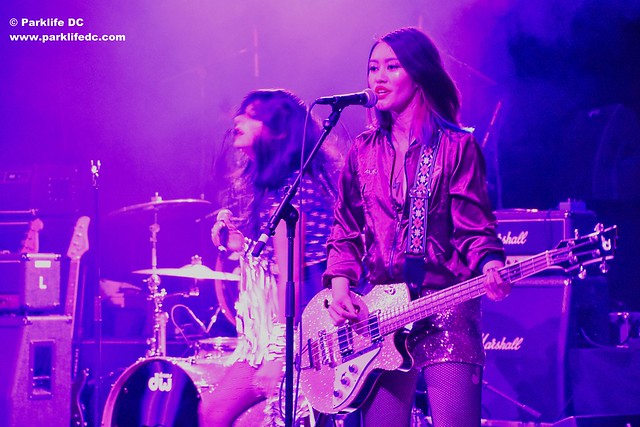 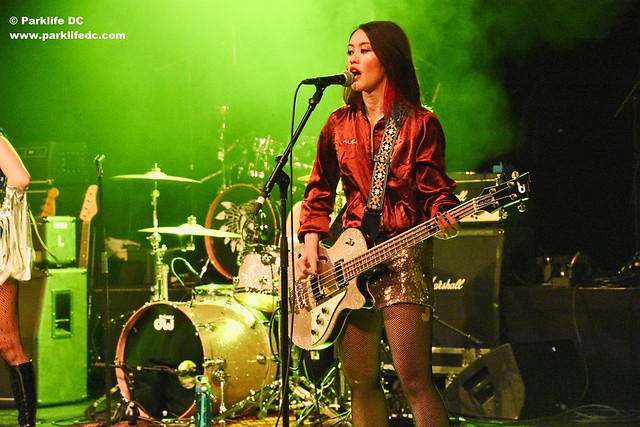 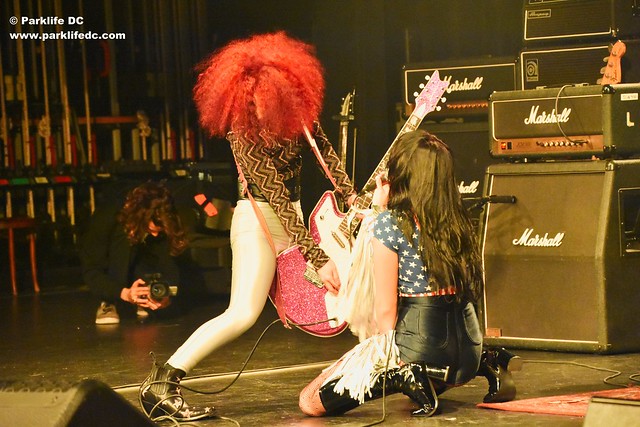 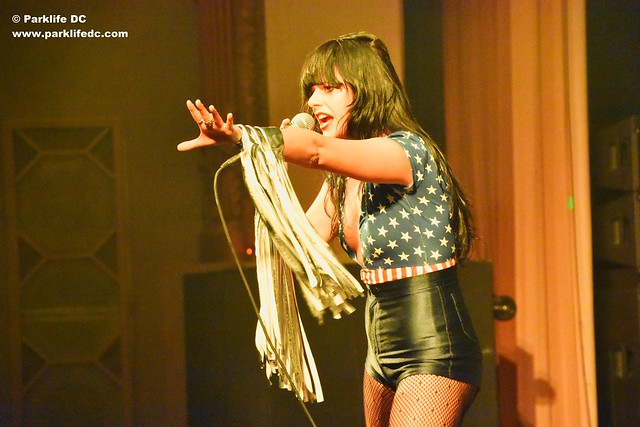 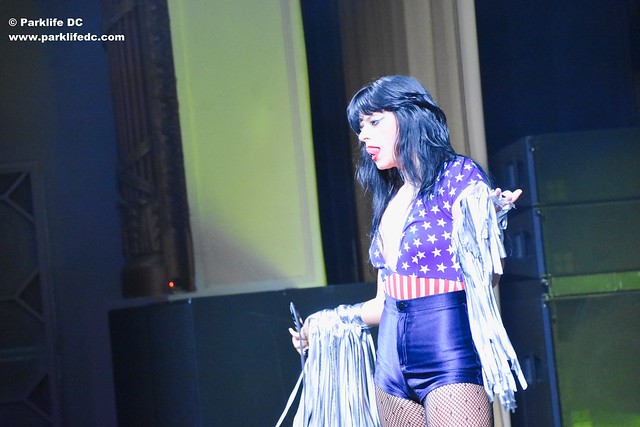