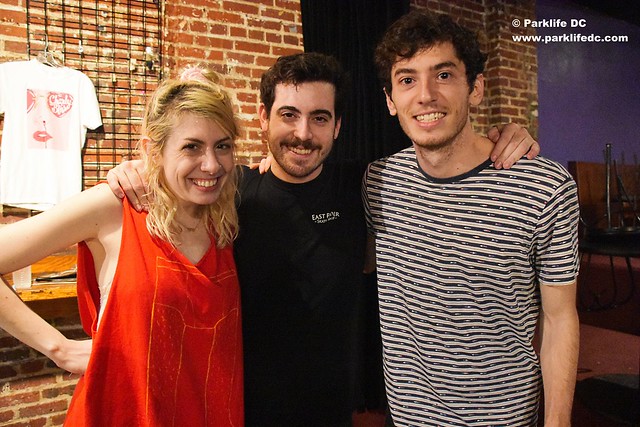 The upbeat band certainly celebrate the more engaging parts of the biggest ’90s American rock movement, launched by grunge from the Pacific Northwest in a revisiting of punk simplicity. However, Charly Bliss calls their own music “bubblegrunge,” referring to the pop nature of their songs, which certainly compel you to do your share of thrashing across the dancefloor.

Led by spritely Eva Hendricks on vocals and guitar, the Brooklyn band also consists of her brother Sam (drums), Spencer Fox (vocals, guitar), and Dan Sure (bass.) They came to town to open for Tokyo Police Club, which was very cool even though a previous visit with Veruca Salt a the 9:30 Club may have been a match made in heaven. (Read our Parklife DC review of the show by Tokyo Police Club.)

Charly Bliss have been touring a lot while releasing singles like “Ruby” on their way to publishing a full-length album in the very near future. Songs performed Sunday like “Ruby” have an extremely familiar ’90s vibe, and Eva’s sweet voice melts like ice cream over the crumbly cookies of the band’s grinding guitars. Charly Bliss’s music creates a sort of seesaw affect where vocals and guitars trade off to go high or low at various points in the song, all while staying in continual motion.

Watch the official music video for “Ruby” by Charly Bliss on YouTube:

Pitchfork said “Ruby” has “the feel-good hooks that defined mid-90s power-pop bands like Letters to Cleo and the Rentals.” And that describes a lot of their other songs as well. Eva and Spencer started the band, writing songs like “Love Me,” one of the three songs on their Soft Serve EP. Most recently, the band released “Turd,” a song exclusively on Bandcamp, to benefit Planned Parenthood through protesting President Donald Trump.

Charly Bliss previously have been to DC to open for Darwin Deez at the Black Cat and as previously mentioned Veruca Salt at 9:30 Club. This spring, they are going to open for Operators, the excellent Canadian synthpop band led by Dan Boeckner, which will take them to nearby Baltimore on April 6.

Check them out soon, and get ready for their headlining tour, coming in the not too distant future once their first full-length album materializes, no doubt. Here some more pictures of Charly Bliss (well mostly Eva due to the crowd limiting our shots of the band) performing at the Black Cat on Sunday, Jan. 22, 2017. 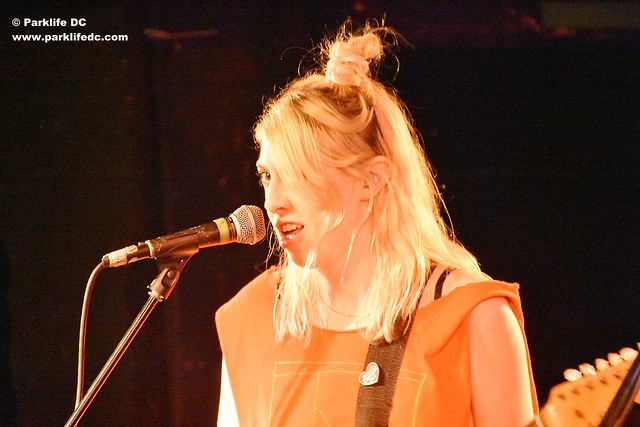 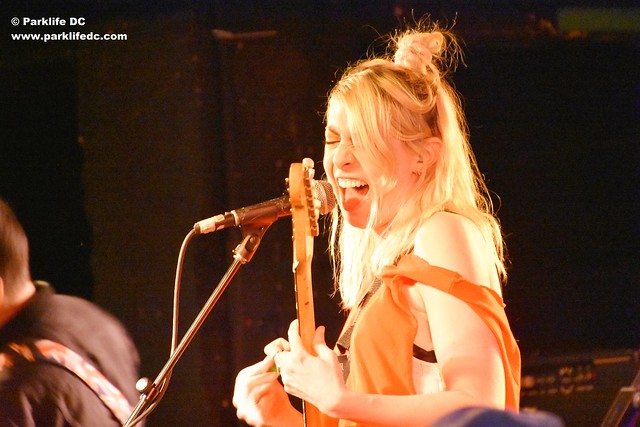 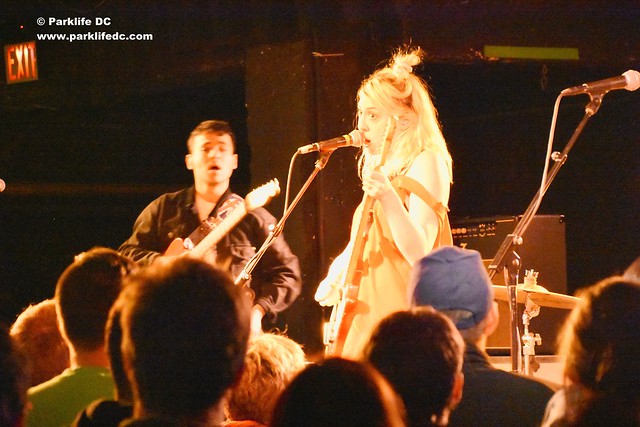 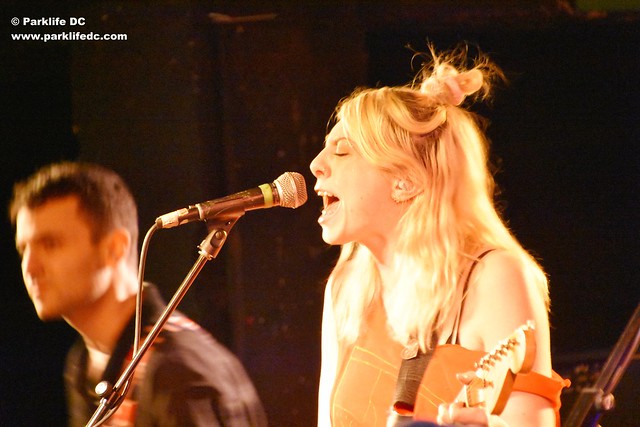 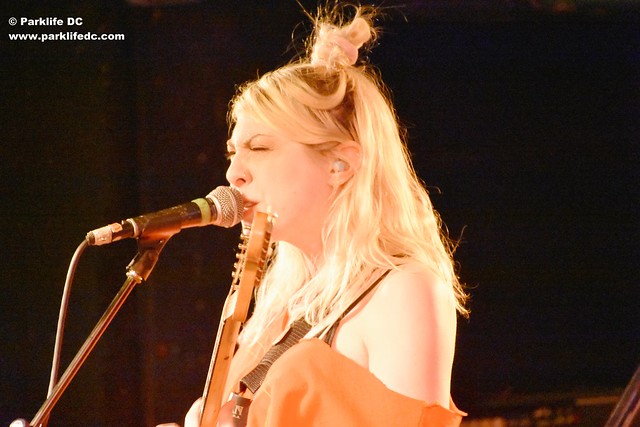 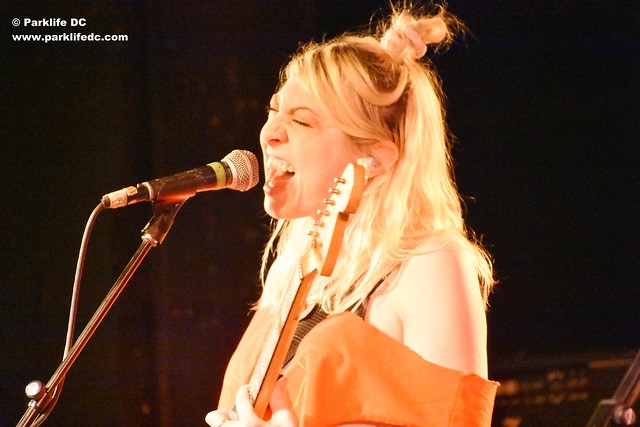 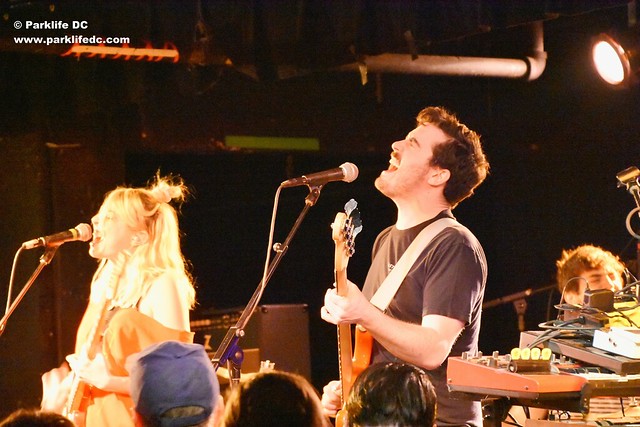 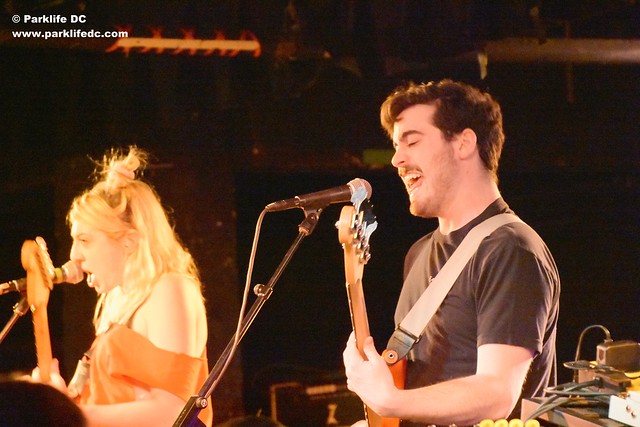 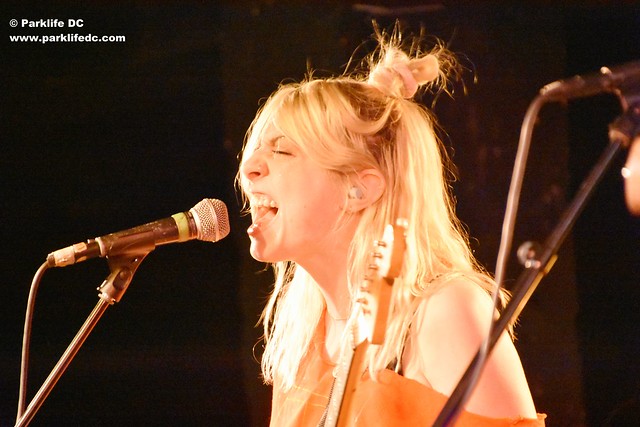 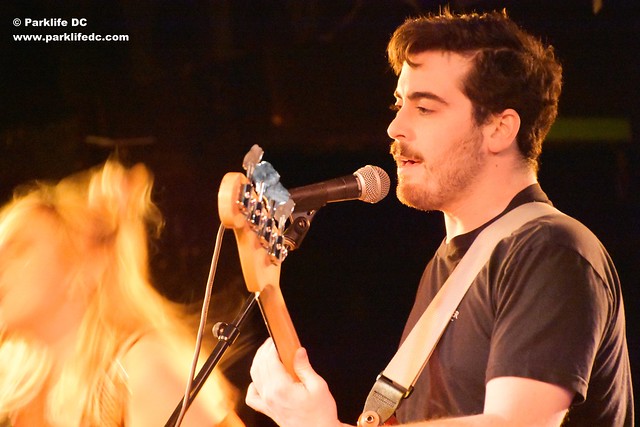