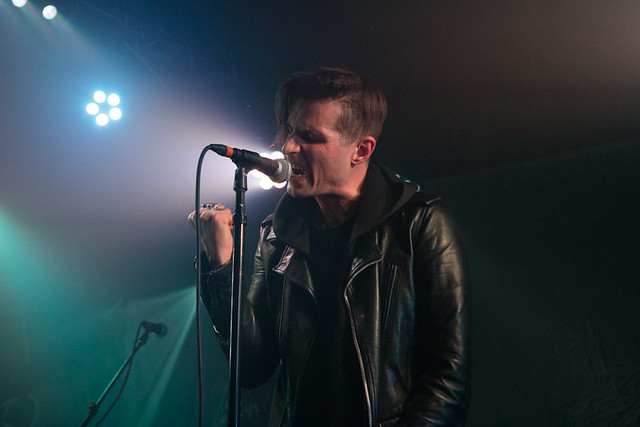 Cold Cave open their show Wednesday night at DC’s Rock and Roll Hotel with “Love Comes Close,” coincidentally the song that first initiated my interest in the band. For the duration of their opener, the look of the stage is appropriately understated.

A pair of scanners cast ice like beams, unmoving, out toward the crowd from dark corners. Two more stage lights closer to the center and facing outwards to the audience seem enormous by comparison, like twin moons. Their slightly yellowish tint creates a sepia tone glow; the club is for a moment like an old photo found in a shoebox.

The band is thus silhouetted by the backlights, which provides a perfect context, because “Love Comes Close” is a throwback. The era it recalls is not actually one of telegraph and dynamos, but rather sodium streetlights and raster scan.

“Love Comes Close” could have easily have been a Factory Records debut, complete with an unmarked record sleeve bearing a painting of flowers. The introspective and shyly approachable nature of this song, with its brooding rhythms and ascending keyboard riffs, does not, in fact, foreshadow the rest of the set. As I am pleased to discover, Cold Cave are anything but monochromatic in their sound. They have arrived at a distinctive blend, but it is not one borne of simply spinning off variations of one formulation.

Eerie-sounding sonic embers seductively draw the crowd into “Icons of Summer,” which discards introspection in favor of buzzing arpeggiations and a sample that sounds like taking a shredder to an old “Berzerk” video arcade console. From there, the set takes us through layers of tension and alienation, pulling selections like “A Little Death to Laugh,” “Underworld USA,” and “Heaven Was Full” from their earlier albums.

Now the keyboard riffs are descending and the rhythms are ominous. The lighting is frenetic and strobing, and the energy is building. The figure at the forefront has pulled back the hood of his black sweatshirt to reveal his solemn features, still partially obscured by his shades and angular haircut.

That frontman is Wesley Eisold, and he is essentially Cold Cave. He arrived at this project through singing for hardcore bands like Some Girls and Give Up the Ghost before deciding to venture out on his own. For tonight’s show, he is backed by a shadowy pair on keyboards and electronic percussion.

Wesley has made a point of describing Cold Cave as solely his project, and has even expressed unease with the use of the word “members.” His companions on stage are difficult to spot through the gloom and haze, mostly leaving Wesley to provide the stage presence by himself. He does so admirably, giving physicality the dark tones and rhythmic aggression of the music through a slightly malevolent and certainly terse presentation.

While the beats and bass come through with great clarity, I feel like the vocals are a bit buried. It’s not unheard of for darkwave acts to prefer a subdued vocal, but it seems less like an artistic call and more of a deficiency in the mix. Thankfully, it does not seem to diminish the crowd’s enthusiasm in the slightest.

The band’s performance of “People Are Poison” from 2014’s Full Cold Moon stirs up long-time fans considerably, and by the time they get to “Confetti” from 2011’s Cherish the Light Years they have the room enthralled. Their three encores included their latest single “The Idea of Love,” making for a concise and satisfying overview of the band’s offerings. This is the kind of show which leaves participants like myself eager to further dig into their catalog.

On the subject of further exploration, I’m now sorry I missed the opening act Drab Majesty (making up for the lost opportunity now by checking out their music online, though.) Trusted fellow travelers who attended the event assured me after the fact that I should give Drab Majesty a listen, and I’m suggesting that you might benefit from doing so as well.

Here are some more pictures of Cold Cave performing at the Rock and Roll Hotel on Wednesday, Jan. 25, 2017. (Photos copyright and courtesy of Paivi.) 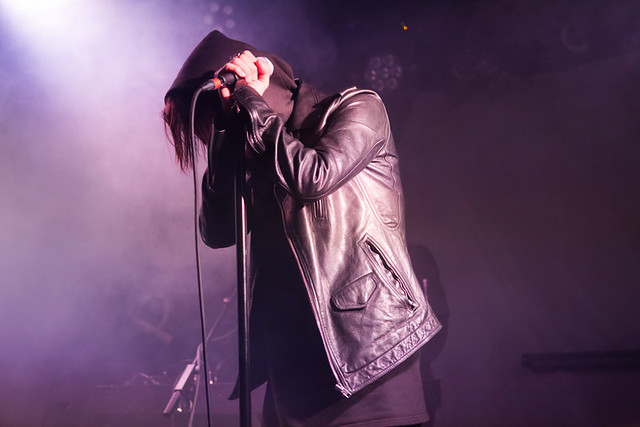 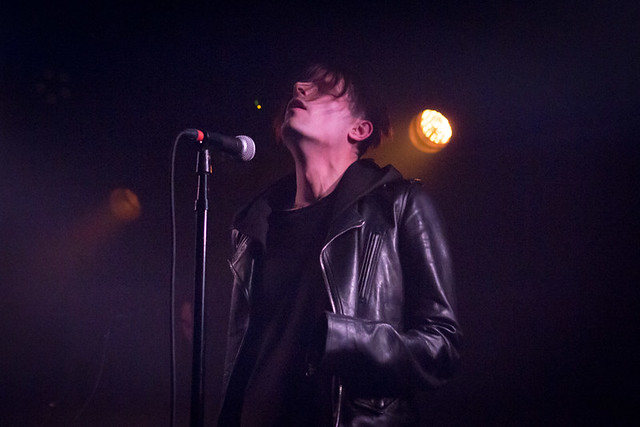 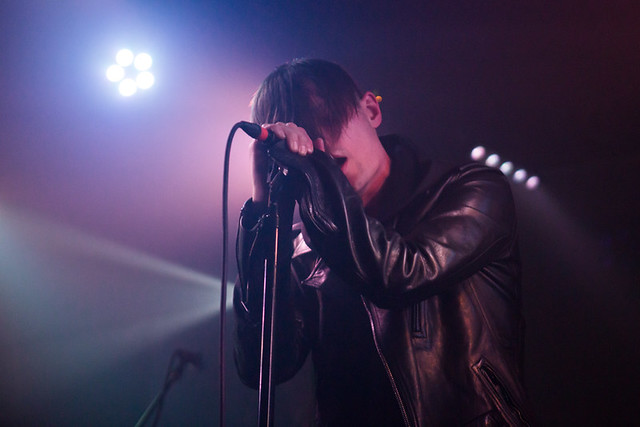 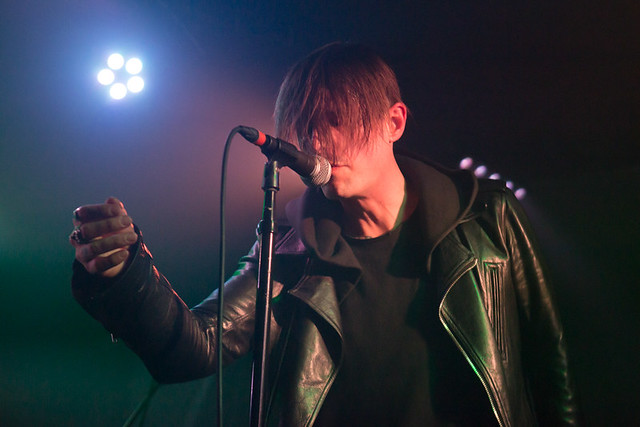 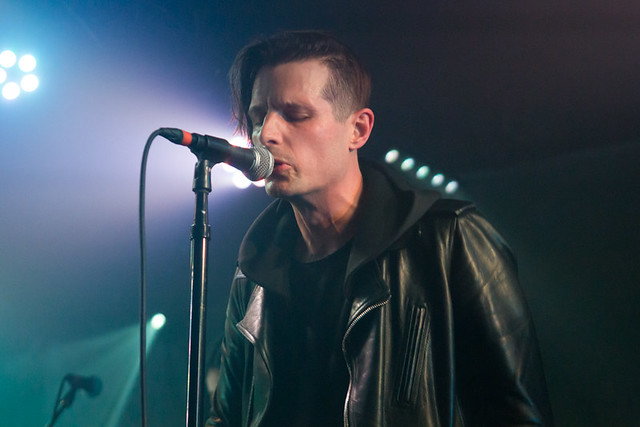 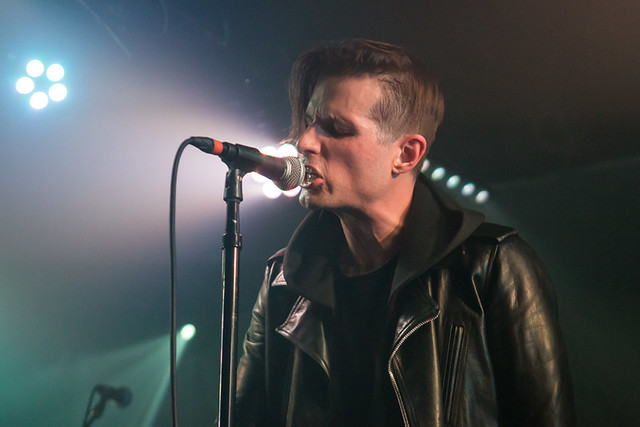 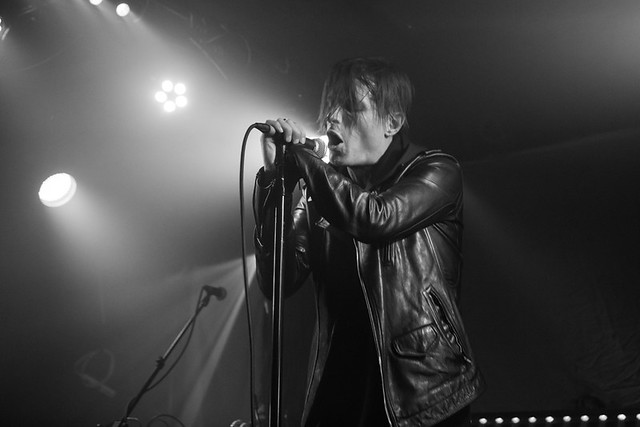 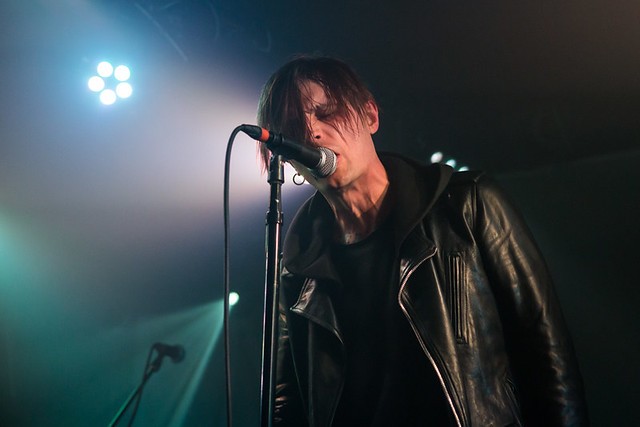 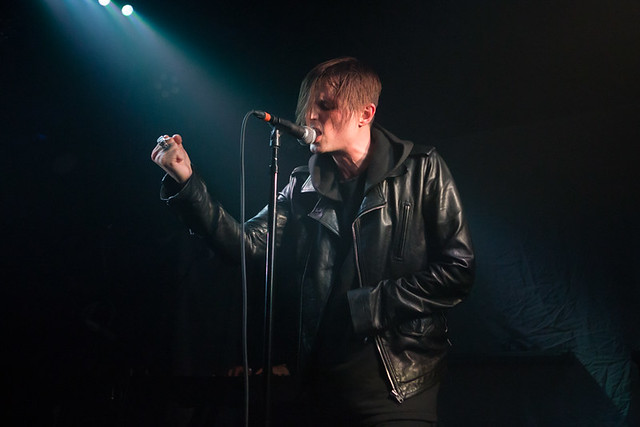