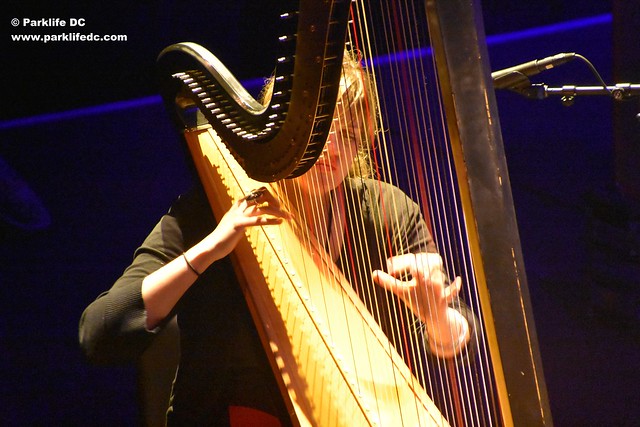 Mary Lattimore injured her jaw not long ago. While her jaw was being treated, the harpist really couldn’t talk to people.

Eventually, she healed, and she went through a period of adjustment where she adjusted to talking to people again after being silent for so long. In her experience, Mary saw a parallel with astronaut Scott Kelly.

The astronaut had been in space recently and returned to Earth. Mary imagined that he went through a similar process of adjusting to talking to people on a regular basis again after his return, much as she did after her jaw healed.

Mary composed a track on her harp, “For Scott Kelly, Returned to Earth,” to capture the sensation. Sharing the anecdote at 9:30 Club on Monday, Feb. 13, Mary added that she sent the track to NASA and eventually heard that Scott Kelly listened to the track and liked it.

Listen to “For Scott Kelly, Returned to Earth” by Mary Lattimore on Soundcloud:

Based in Philadelphia, Mary visited 9:30 Club to open for Parquet Courts. (Read our Parklife DC review of Parquet Courts at 9:30 Club.) Mary started her career with the Valerie Project in 2007. Since then, she’s released three official albums, beginning with The Withdrawing Room in 2013. She followed that up with a collaboration with Jeff Zeigler in 2014 — Slant of Light.

Mary published her most recent album, At the Dam, in 2016 via Ghostly International. Ghostly also released “For Scott Kelly, Returned to Earth.” Between releasing her own material, she has a busy schedule contributing to the records of other artists, such as the latest from Steve Gunn, Eyes on the Lines.

Starting in March, Mary picks up a few tour dates with Waxahatchee, including a date at Johnny Brenda’s in Philadelphia on March 15. Keep your ears open for the faraway melodies of her harp (which she sometimes disrupts with a bit of discordant electronics)! Here are some pictures of Mary Lattimore performing on her harp at 9:30 Club on Feb. 13, 2017. 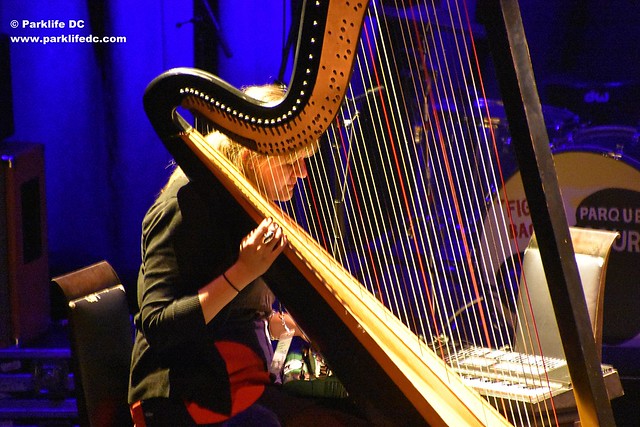 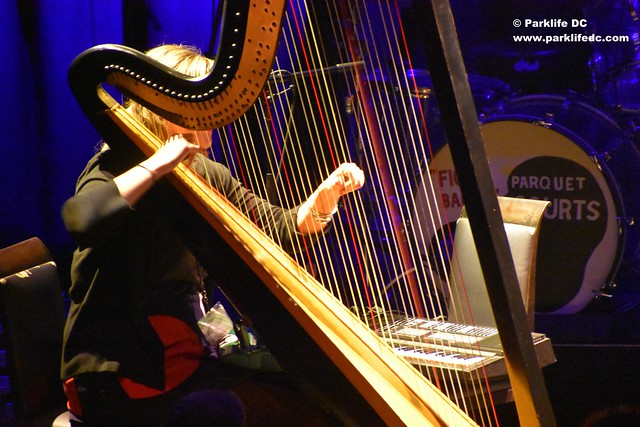 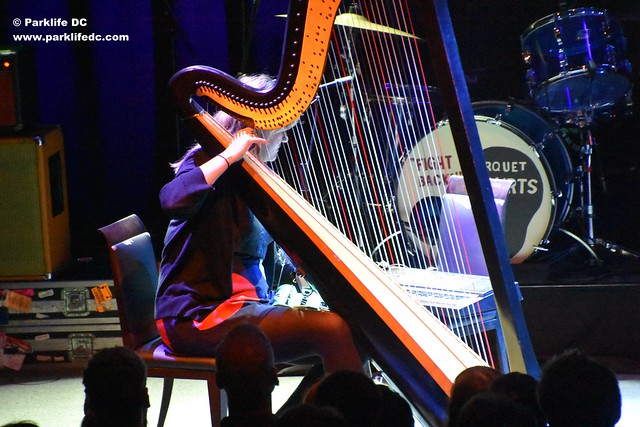 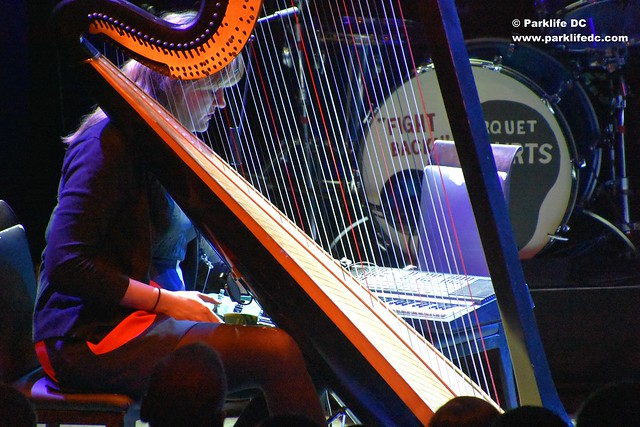 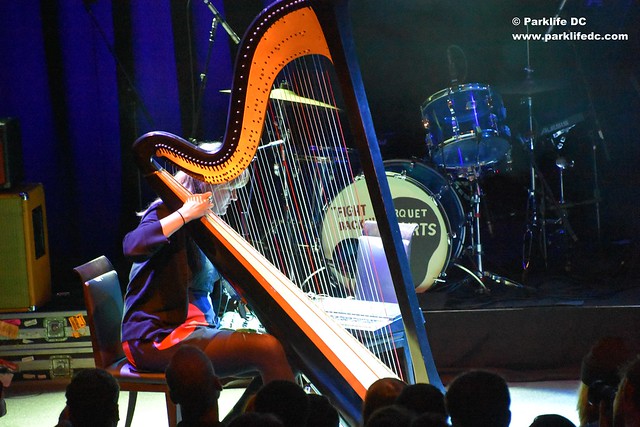