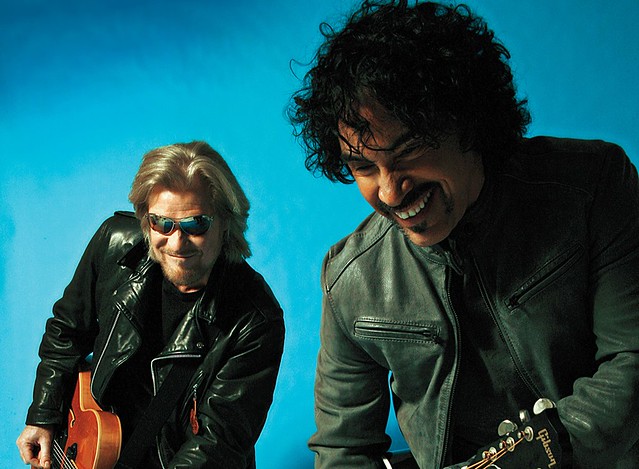 Watch the official music video for “Out of Touch” by Daryl Hall & John Oates:

Also watch the official music video for “Everybody Wants to Rule the World” by Tears for Fears:

Daryl Hall and John Oates released their last album as a band in 2006 with Home for Christmas, but they have worked on solo projects in that time. They continue to successfully tour the world with regular visits to the DC metropolitan area.

Tears for Fears released their last full-length album, Everybody Loves a Happy Ending, in 2004, and they have said they are working on a new one to be released as early as this year via Warner Brothers Records. So perhaps we will hear some new material from them!

“I am very excited to be touring with Tears for Fears. Their music has a timeless quality that complements what we do. I think everyone is going to love this show!” said Daryl Hall in a press release.

Added Tears for Fears, “We’re thrilled to be going out on the road with Daryl Hall & John Oates this summer. We’ve been longtime fans of the band so it’ll be fun to reconnect and also to see our fans throughout the U.S.”