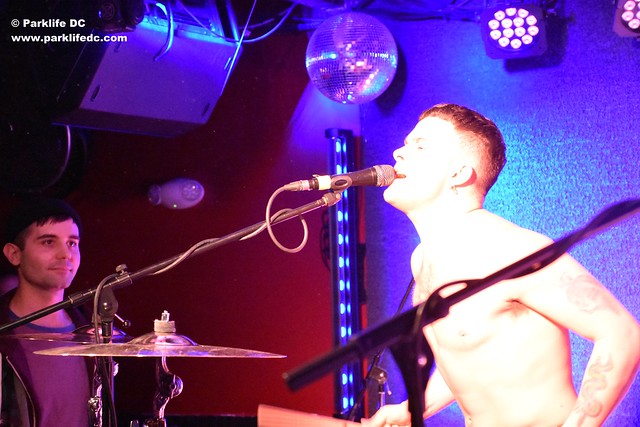 Laurie Vincent and Isaac Holman started out their band Slaves playing small pubs in their hometown in Kent, England. The UK punk rockers were trying to work out their act, and they would often play to one lone pub patron on a slow night, Isaac recalled at DC9 on Wednesday.

Isaac would set up his drums and Laurie would ready his guitar. When it came time to play, as Isaac told it, they would often receive the same question about Isaac’s drumkit — “Where’s the hi-hat?”

Slaves then pound through the lightning bolt of a song, which clocks in at 44 fierce seconds on their second full-length album, Take Control, released in September via Virgin EMI. Stripped down to boxer shorts, Isaac is a maniac on the drum, which he pounds with a tribal ferocity, occasionally literally leaping into the kit. All said, Slaves put on a fine damn show Wednesday, having a good laugh as they shot through 14 rollicking numbers in relatively rapid order.

Laurie (guitar, bass, vocals) and Isaac (drums, vocals) were just as interested in telling stories as they were pounding on their instruments. They soon play “Hypnotized” from the first album, their raucous rip on wasting your life away in front of your television. They do spare a kind word before their caustic attack on the television-watching world, however.

“We only watch television is David Attenborough is on it,” said Laurie. “That man has to be first in line for the fountain of youth.”

“He is!” exclaimed an audience member.

“Well, we haven’t invented it yet, although we are working on it!” Laurie responded. “We are just two boys from Kent.”

The continual lighthearted conversation is as much a part of the show as the three-minute bangers. 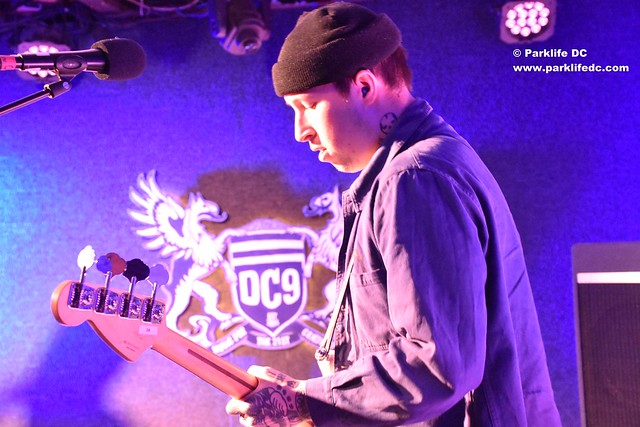 Slaves also present songs from their debut album, Are You Satisfied?, released in 2015. Prior performing fourth single “Cheer Up London,” Isaac and Laurie give the song a spoken word intro, where they deride “briefcases, suitcases, miserable faces, shiny suits, Chelsea boots” before declaring “Cheer up, London, you’re already dead!”

The resulting performance has the entire room stomping along in time with the gents. The spoken word introductions to several songs are reminiscent of the small spoken skits that appear on the new album. The interchanges and the manner in which they enjoy them suggest that Slaves may build on this aspect of their performances in the future and perhaps deconstruct their own songs and genre a bit in future releases.

During last song “Beauty Quest,” Isaac joined the audience on the floor and then unexpectedly jumped onto DC9’s bar to sing and shout along from a different perch. Everyone was suitably amused at the brash maneuver.

Erudite with charisma to spare, Slaves proved to be tremendously entertaining.

Slaves wrapped their US tour last night at Rough Trade in Brooklyn. Don’t sleep on their next US tour! They are off to tour Europe for the rest of the year. Follow their advice and “Take Control” when they are in town next.

by Slaves on Amazon.

Here are a few more (admittedly terrible) photos of Slaves performing at DC9 on March 8, 2017. 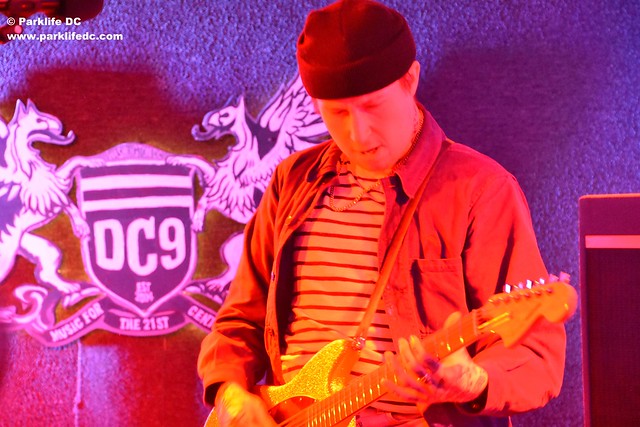 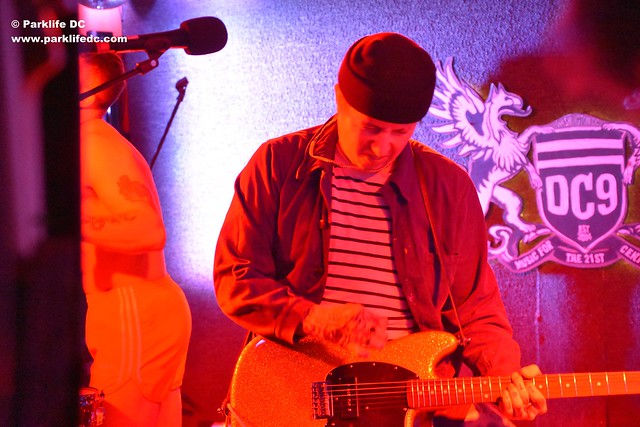 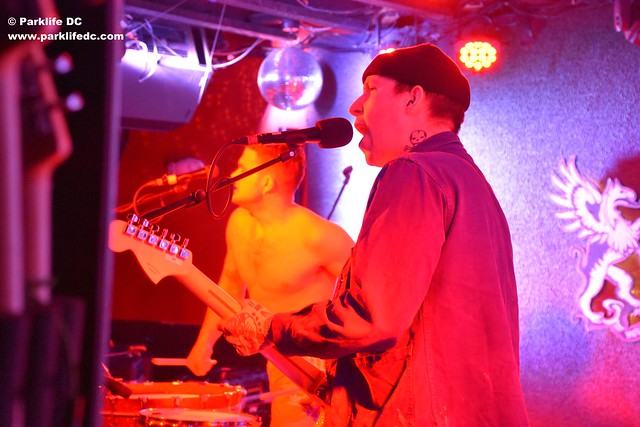 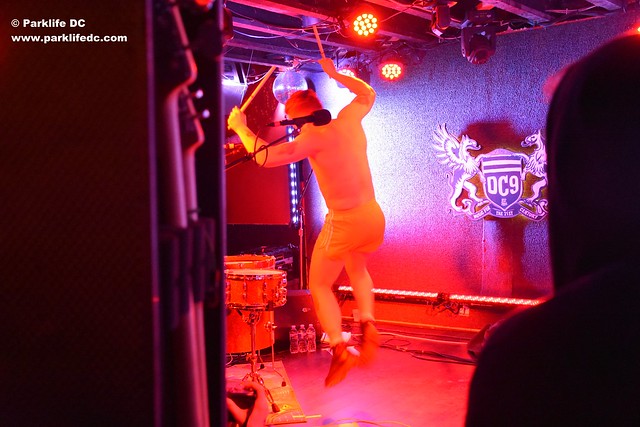 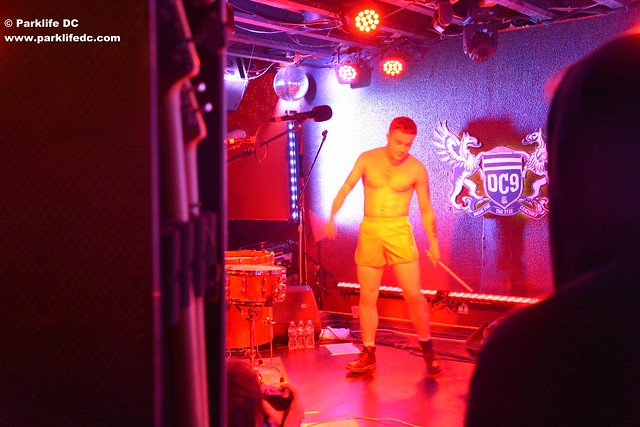 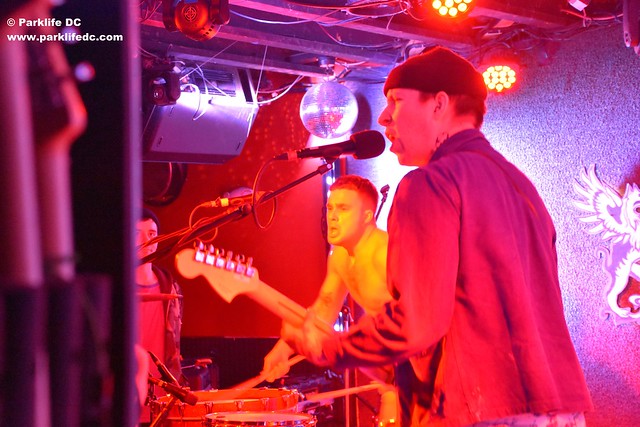 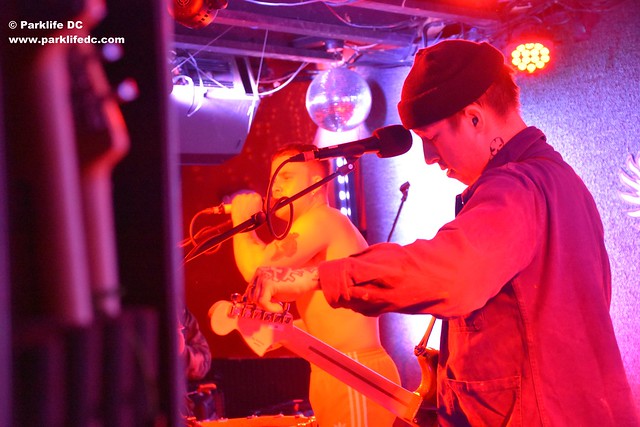 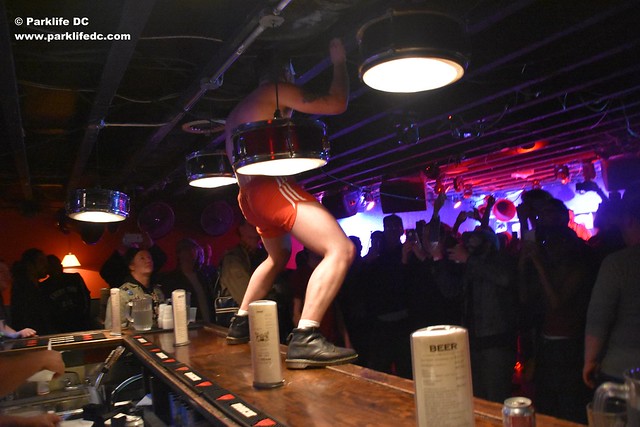