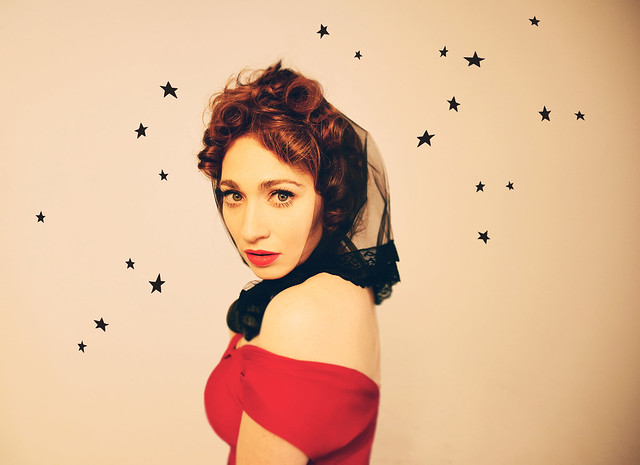 There are a handful of tickets left for Regina’s show, which is going forward despite some inclement weather in the DC metro area.

The Russia-born New Yorker certainly has blazed her own trail over seven albums, gaining more and more of a following as she incorporates elements of folk, jazz, punk, hip hop, and chamber pop in her compositions. Her latest album performed well, peaking at 23 on the Billboard 200 in October.

Watch the official music video for “Black and White” by Regina Spektor on YouTube:

“Since Regina Spektor’s 2012 LP, What We Saw from the Cheap Seats, she has released the rocking theme song to Orange Is the New Black (‘You’ve Got Time’) and an impeccably phrased cover of ‘While My Guitar Gently Weeps’ — two moves that might suggest an eccentric artist pushing toward the mainstream. Her fifth album, full of brilliant songcraft per usual, performs a similar balancing act between the familiar and the far-out,” said Will Hermes in a positive review in Rolling Stone.