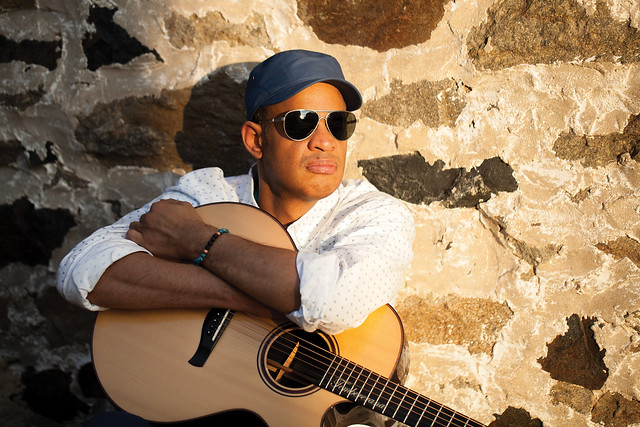 Guitarist Raúl Midón is releasing his ninth studio album, Bad Ass and Blind, on March 24 via Mack Ave/Artistry Music World-Wide, and he follows that up with a local show at CenterStage in Reston, Virginia, on Wednesday, March 29.

“His guitar playing is masterful and enables him to move effortlessly, while creating a sound that’s both warm and familiar,” said Glide magazine in a discussion of the new album.

Listen to “You & I,” the first single from Bad Ass and Blind, by Raúl Midón on YouTube:

Raúl got his start as a session musician in the ’90s and then went on to release solo albums beginning with his debut Gracias a la vida in 1999. For the past 10 years, he’s been weaving jazz, funk, and soul into his own blend of pop.

Raúl has toured extensively with the likes of Bill Withers, Al Jarreau, Sting, and Ravi Coltrane. “He’s a one band band who turns a guitar into an orchestra and his voice into a chorus,” said The New York Times of Raúl.

Raúl is wrapping up performances at SXSW today, March 20, on his way to New York City, Boston, and then here! Buy your tickets for CenterStage online.