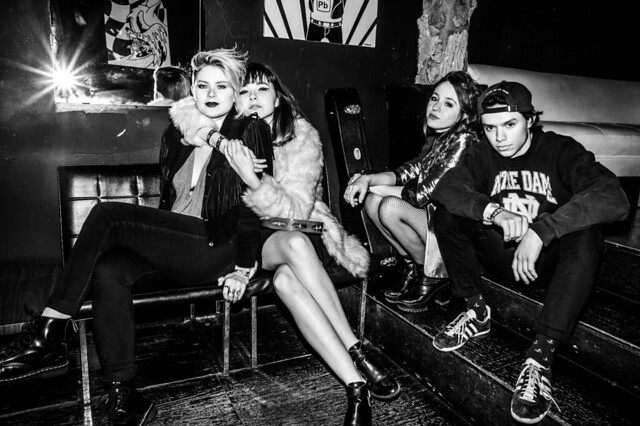 The Regrettes (Photo by Jen Rosenstein)

“The live video caught a moment of the show where I dedicated the song to Trump. I wanted everyone in the audience to know that it’s important to be who you are and stand up for what’s right, even during this divisive political climate. Lyrically, Seashore is an expression of that,” said Lydia

Lyrically, the song admonishes, “You’re talking to me like a child/Hey I got news, I’m not a little girl.” Watch the live music video for “Seashore” by The Regrettes on YouTube:

“The track’s real barbs can be found in its lyrics and Night’s confrontational, DGAF delivery, as she takes on all detractors and critics who’ve dismissed her over the years simply because of her age and womanhood,” said Consequence of Sound of the song.

The Regrettes is composed of teenagers Lydia (vocals, guitar), Genessa Gariano (guitar), Sage Chavis (bass), and Maxx Morando (drums), who met while taking music classes and formed their band in 2015. I suspect we could be talking about these kids for a while, so catch them now while it’s early!