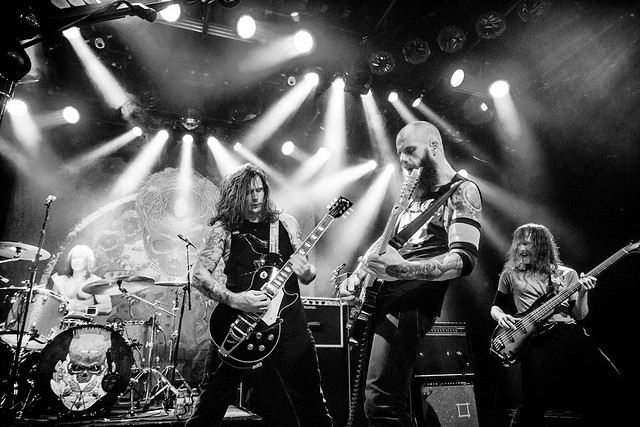 Heavy metal quartet Baroness continue to tour on the strength of their fourth studio album, Purple, released in 2015 via Abraxan Hymns. The band is preparing to tour Europe, but they will perform a select few US dates before they go, including a stop at 9:30 Club on Wednesday, April 12.

The 9:30 Club show is actually a very special show, as it is being produced by DC Brau, Country Malt, SkaFab, Meheen, and Wild Goose during the 2017 Craft Brewer’s Conference, which takes place that week in DC.

“This year, our 6th Anniversary and the 2017 Craft Brewer’s Conference fall on the same week in the same city. We thought we would celebrate by throwing a show for our local and visiting friends with one of our favorite bands… Baroness!” wrote DC Brau in the announcement.

Watch the official music video for “Try to Disappear” by Baroness on YouTube:

In a review of the last performance by Baroness in DC on Aug. 12 for Parklife DC, 2016, Corey Paterson praised the contributions of all four members of Baroness, including John Baizley (guitar, lead vocals), Peter Adams (guitar, vocals), Nick Jost (bass), and Sebastian Thomson (drums).

“Nick is hands-down one of the best bass players I have ever heard. Sebastian’s drumming is a treat for the ears. Peter’s enthusiasm and ability on guitar is old-school and just awesome. And John is not just the frontman by definition, he is clearly the leader. His emotion and energy pours out on stage and you can see how much he loves what he does,” said Corey.