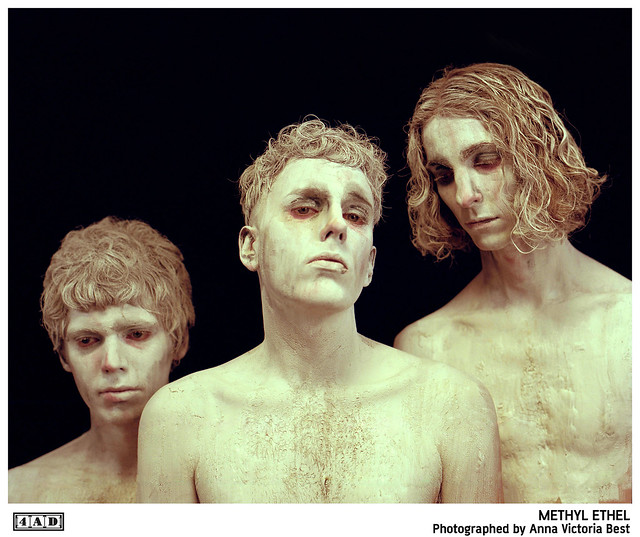 Methyl Ethel have been taking Australia by storm with the catchy dreampop on their sophomore album Everything Is Forgotten, released last month via 4AD. The band is charging across the world for a US tour, and they will land at DC9 on Saturday, April 22.

Named for an industrial solvent, Jake Webb (vocals, guitar), Thom Stewart (bass), and Chris Wright (drums) beat Tame Impala and Troye Sivan at the West Australian Music Awards for Best Pop Act of 2016 in their native Australia and sold out every show there.

“Ubu,” which has been streamed 1.2 million times on Spotify, hit #1 on the Australian Independent Singles Chart. In the song, the trio struggle with the eternal question: “Why did you have to go and cut your hair?”

Watch the official music video for “Ubu” by Methyl Ethel on YouTube:

In a review for Pitchfork, Stuart Berman summed up the sound of Oh Inhuman Spectacle, the debut album by Methyl Ethel:

“Webb is clearly a devout student of 21st-century art-rock, where old-school psychedelia converges with modern technology—think Radiohead circa Kid A (complete with a song called “Everything Is As It Should Be”), Yoshimi-era Flaming Lips, Animal Collective’s Merriweather Post Pavilion, the more meditative end of MGMT. But he melts these sources into something more intimate and claustrophobic, with a distinct, disarming voice that infuses his deceptively serene soundscapes with a nervous tension.”