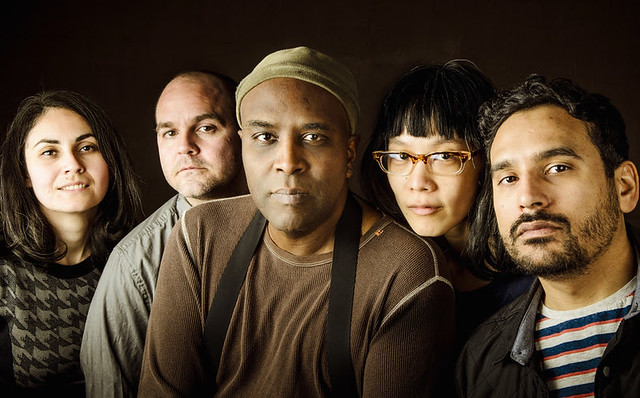 DC chamber pop collective Beauty Pill released an experimental album, Beauty Pill Describes Things as They Are, in 2015, but they will finally give the album its full measure on a tour with no wave pioneer Arto Lindsay, starting next week, with a stop at Black Cat on Saturday, April 29.

Arto Lindsay will release his new album Cuidado Madame on April 21, and Beauty Pill band leader Chad Clark expressed his enthusiasm over touring with the experimental New Yorker in a statement.

“Beauty Pill’s music has a distinctly different vibe from Arto’s but it’s assembled from many of the same raw components. And like Arto, we don’t have an easy name for the music we make,” Chad said, hailing Arto’s “singularity of vision.”

Chad, Basla Andolun, Jean Cook, Drew Doucette, and Devin Ocampo recorded the latest Beauty Pill album as part of an art project at Artisphere, a short-lived art museum in Arlington, Virginia. Called “Immersive Ideal,” the project enabled visitors to watch the band as they recorded their album in a specially designed studio. Beauty Pill recorded one song per day as crowds were free to watch them.

Listen to “Near Miss Stories” from Beauty Pill Describes Things as They Are by Beauty Pill on YouTube:

“Near Miss Stories” deals directly with Chad Clark’s near-death experience due to a rare virus that infected his heart in 2008. He required two open heart surgeries to save his life.

“The songs are all shaded by mortality. But I found I didn’t have many insights to impart about coming close to death that aren’t already available in lots of literature, boardwalk t-shirts and, y’know, It’s A Wonderful Life,” Clark said of the album.