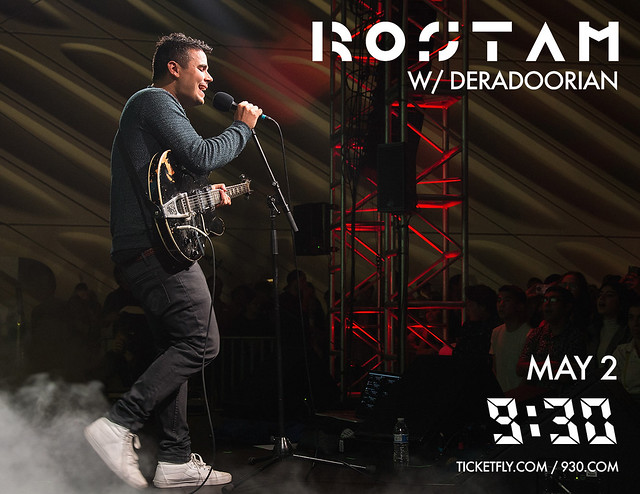 Rostam Batmanglij, the former member of Vampire Weekend who goes only by his first name, is gearing up to drop his first full-length solo album, and he’s performing at 9:30 Club on Tuesday, May 2. You can win tickets to see him!

The singular musician and producer left Vampire Weekend at the beginning of 2016, and began releasing songs under his own name, including “EOS,” “Wood,” and “Gravity Don’t Pull Me.” He has been a prolific producer, helming productions for Ra Ra Riot, Hamilton Leithauser, Charli XCX, Santigold, Frank Ocean, Solange Knowles, and others.

Rostam appears at 9:30 Club in the first of five shows as part of an East Coast mini-tour, where he will play new material. It’s certainly a homecoming for Rostam, who was born in DC in 1983, as he continued to show favor to his hometown. With the new album in the wings, it is an exciting time to see what Rostam has up his sleeve at 9:30 Club.

Watch the official music video for “Gravity Don’t Pull Me” by Rostam on YouTube:

Parklife DC is giving away a pair of tickets to see Rostam at 9:30 Club. To win, simply leave a comment on this blog. You can leave any comment, but we would like to know your favorite song by Rostam (or from Rostam’s time with Vampire Weekend for from his team-up album with Hamilton Leithauser).