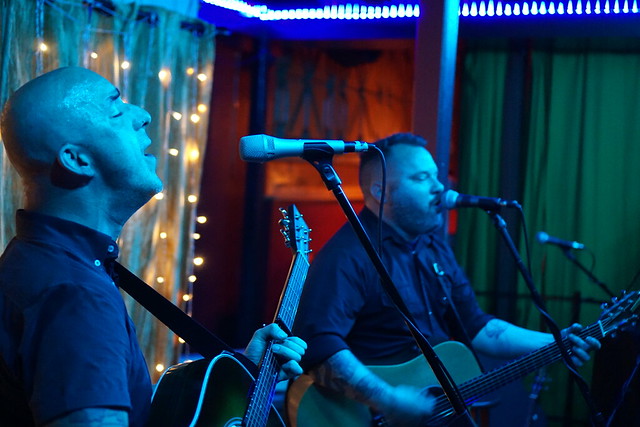 Former member of Tuesday, bassist of The Falcon, bassist and co-singer of Alkaline Trio, and one talented solo singer-songwriter, Dan Andriano is a complete badass and my personal favorite musician since I was an angsty punky preteen.

On April 15, Dan brought arguably one the most successful musicians from my hometown with an almost as impressive resume as himself, Matt Pryor, to Songbyrd Music House in Adams Morgan for an intimate acoustic show on an incredibly oddly shaped stage.

Opening the show was Matt’s daughter, the very talented Lily Pryor and local act Foster Carrots. Matt Pryor’s set included some older songs including a Reggie and the Full Effect song. He also performed a few songs with accompaniment from his daughter.

Then, out comes Dan.

He picks up his guitar to a cheering crowd and busts out the Alkaline Trio song, “Emma.” The subsequent songs spanned back to his song from Alkaline’s Hell Yes EP, “My Standard Break from Life” (from 23 to 30 — hmmm, I caught that Dan) to his solo albums, Hurricane Season and Party Adjacent. (Whoever is reading this should go listen to that second album right away. It hasn’t left my CD player for months now.) Solo, Dan sometimes bills himself as Dan Andriano in the Emergency Room.

About halfway through his set, the PA system malfunctioned, causing the sound guy to jump on stage to fiddle with cables. This did not stop the show. As Trevor, the sound guy, went into repair mode, Dan started picking the intro to the song “Fine” from Alkaline Trio’s album Crimson. Last time I saw this song played live, Dan was playing Matt Skiba’s guitar, Derek was on the bass, and Matt was on the drums.

Luckily, I was at the front and was able to hear Dan, but the entire basement on Songbyrd sang in a surreal unison with Dan to overcome the lack of amplification. After a few songs, the PA was fixed and Dan was able to finish his set, but not without playing through two songs, a cover of Paul Simon’s “Cecilia” and Dan and Matt’s original song “Gail.”

Dan and Matt have an undeniable chemistry. It was more like watching two friends jam in a friend’s basement instead of attending a concert -– in the best way possible. I really hope they do more projects together. We would all benefit.

Here are some pictures of Dan Andriano and Matt Pryor performing at Songbyrd Music House on Saturday, April 15, 2017. (Editor: All pictures copyright and courtesy of Daniel Webb.) 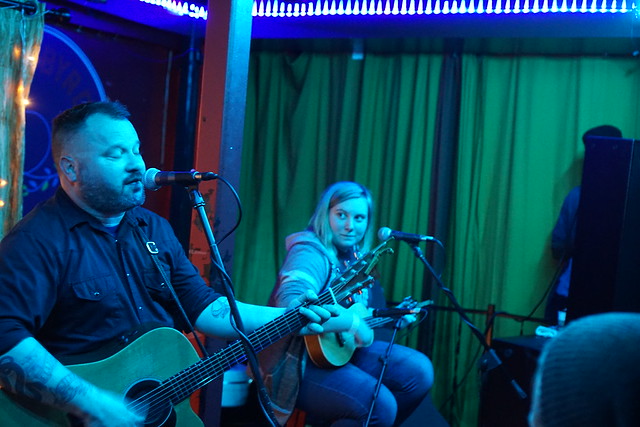 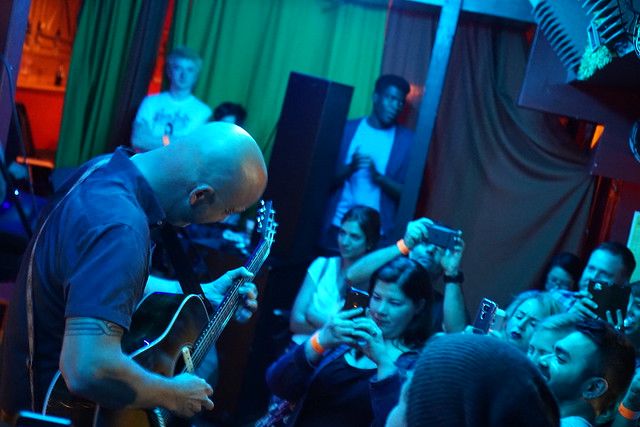 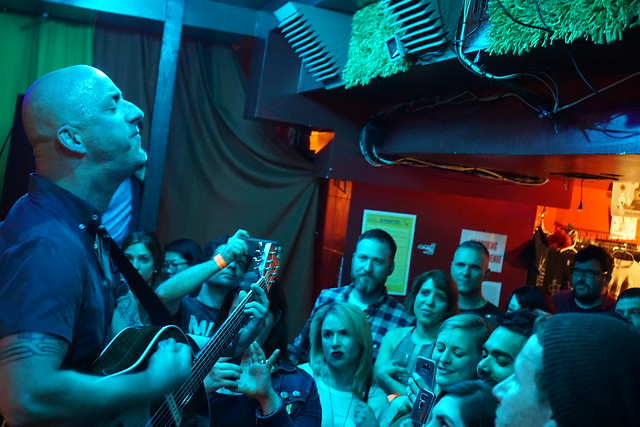 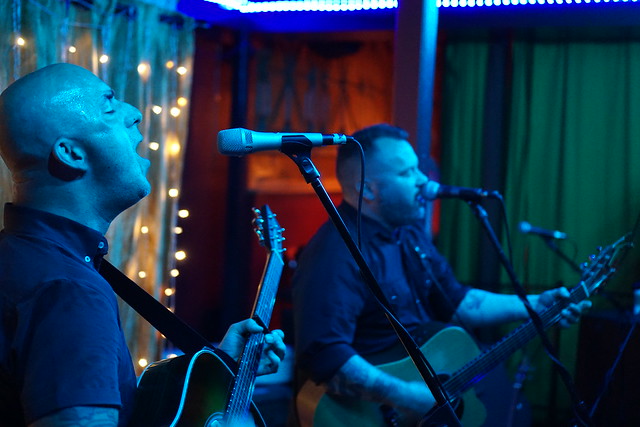