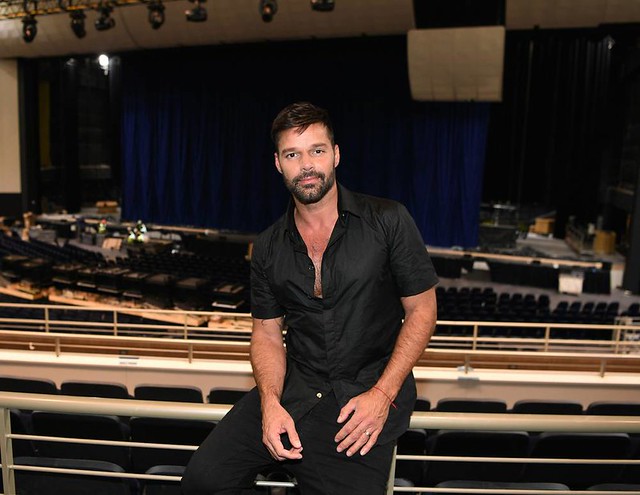 Ricky Martin at a press conference in Las Vegas on Nov. 16, 2016. (Photo by Denise Truscello)

Ricky has been a busy man lately! He has performed on all seven continents over the last several years, delivering high-energy and thrilling concerts for millions. He released A Quien Quiera Escuchar (or “To Those Who Want to Listen”), his 10th and most recent studio album, in 2015 via Sony Music Latin.

Of course, Ricky is most likely best remembered still for his 1999 #1 smash hit “Livin’ La Vida Loca,” from his fifth studio album. And clearly the Puerto Rican singer hasn’t forgotten how well that worked for him, as he enlisted the assistance of Jamie King, who directed his Livin’ La Vida Loca Tour, to direct ALL IN as well.

Said Ricky of the MGM residency, “Throughout my career, I have been fortunate to be able to share my culture through music while creating an exciting atmosphere where you have no choice but to have the best time, to dance and sing until we all forget our problems, to let go and be completely free…this new show will not be the exception. I’m inspired, and I can’t wait to show you what we have in store.”

Buy your tickets online for May 5 or catch up with Ricky on May 6 at MGM National Harbor.