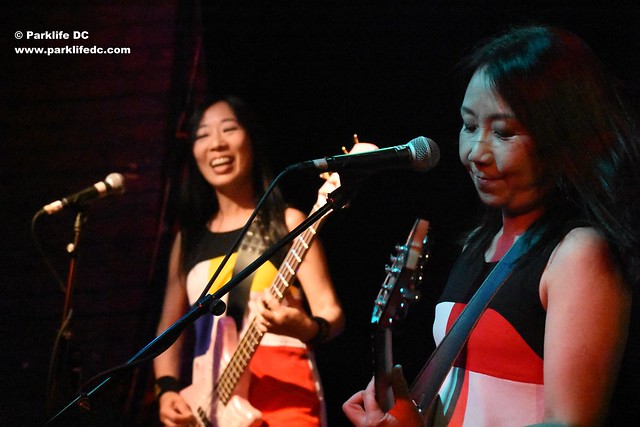 After missing DC on their perpetual world tours in the past several years, Shonen Knife paid a visit to DC and the Black Cat on Sunday in support of their most recent album, Adventure, their 20th studio album! Pairing their record with the band’s penchant for food-themed fun, founder and lone consistent member Naoko Yamano gave Shonen Knife a mission to eat and promote ramen, and thus hatched the Shonen Knife USA Ramen Adventure 2017.

For our city, this was a delight on several levels. First, Shonen Knife’s return came with original band member Atsuko Yamano, Naoko’s sister, on bass. Atsuko and Naoko shared great stage chemistry and an obvious thrill to return to DC and explore their band’s lengthy catalog together.

Food is food, and music is music, but Shonen Knife have consistently written songs about food throughout their career, and the trio reminded us of that early with their song “Banana Chips” from their 1998 album Happy Hour, whose bubblegum pop songs focus largely on culinary matters. Shonen Knife quickly serve up the new album with single “Jump into the New World,” a thumping rock and roll number that provides new drummer Risa Kawano one of many opportunities to shine. With a consistently radiant beam, bubbly Risa does a fine job of keeping up with the band’s founders and lending an appropriate happy-go-lucky vibe to the proceedings.

As much as Adventure stands on its own as a cool rock ‘n roll record, Shonen Knife of course returned to the theme of food, as shown with new song “Green Tangerine,” which celebrates a fruit popular in Risa’s home prefecture, according to Naoko.

The very crowded backstage of the Black Cat is completely won over by the return of Shonen Knife early in the show, and even in tight corners, the audience is dancing and bopping along to the irresistible rhythms of the trio’s music. The real joy came from watching Naoko and Atsuko perform together, breaking out coordinated girl group moves, matching outfits, and a knowing intuition for the other’s behaviors. The good times were on full display as the band closed their main set on “Antonio Baka Guy,” a thrashing nonsensical song about a seashell from their 1986 album Pretty Little Baka Guy (and which also reappeared on 1992’s Let’s Knife).

Shonen Knife tore straight into an encore with “Bear Up Bison,” another selection from both Pretty Little Baka Guy and Let’s Knife, the latter of which was surely a US breakthrough record for Naoko and company on college radio. It is likely you could trace the love for Shonen Knife by each individual member of the audience back to that original US release. The trio wrapped their show with their cover of “Daydream Believer,” circling us back to their album Happy Hour. They deliver a surprisingly punchy and punky rendition of the song, made famous by The Monkees.

Shonen Knife will eat ramen next in Savannah, Georgia, tonight, May 3, as they continue their Shonen Knife USA Ramen Adventure 2017 tour. The ladies swing across the Southwest and into Los Angeles to wrap the tour up on May 27. Shonen Knife are in great form, and it is a wonderful time to see them with both Naoko and Atsuko on tour.

Here are some more pictures of Shonen Knife performing at Black Cat on Sunday, April 30, 2017. 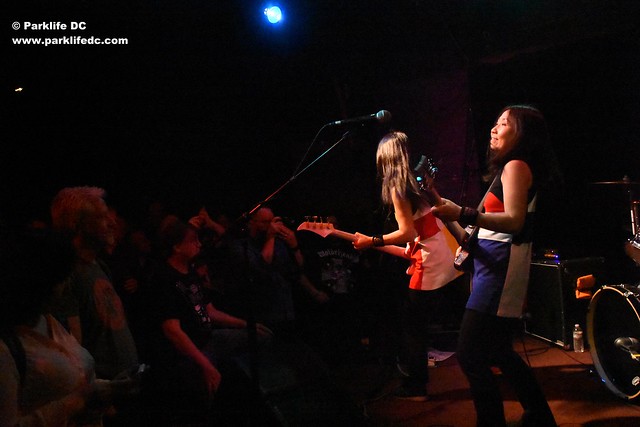 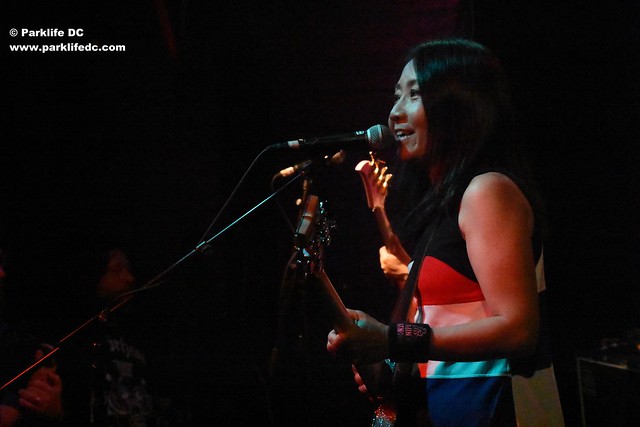 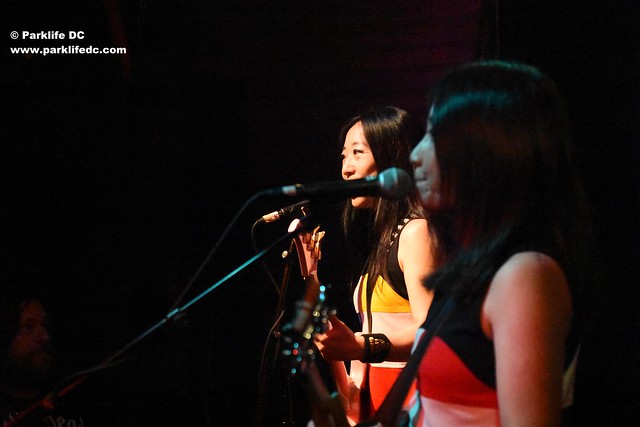 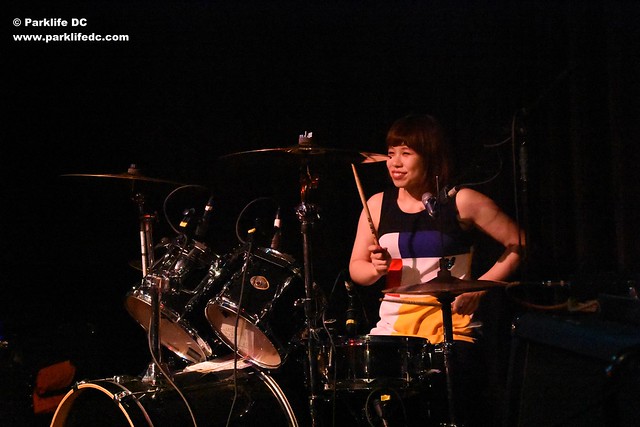 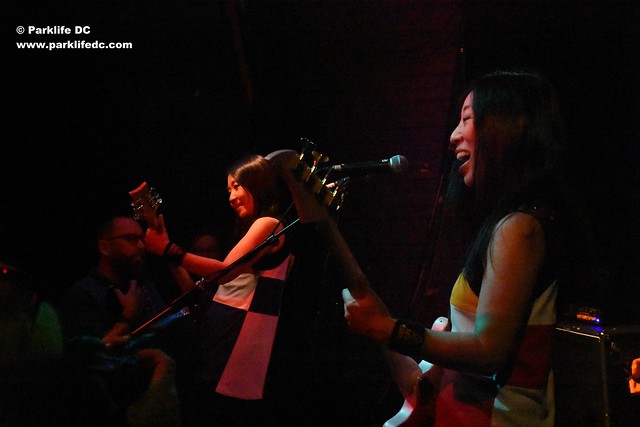 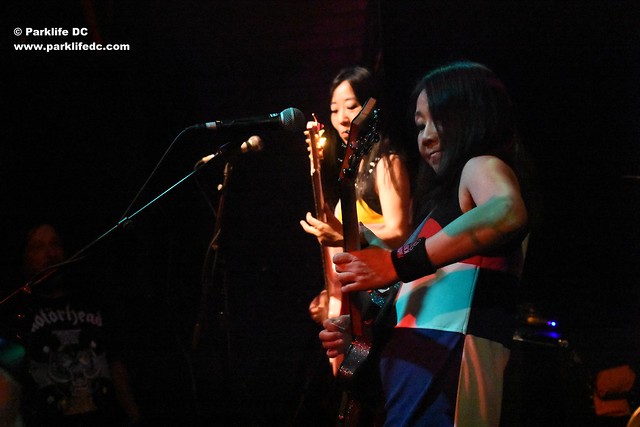 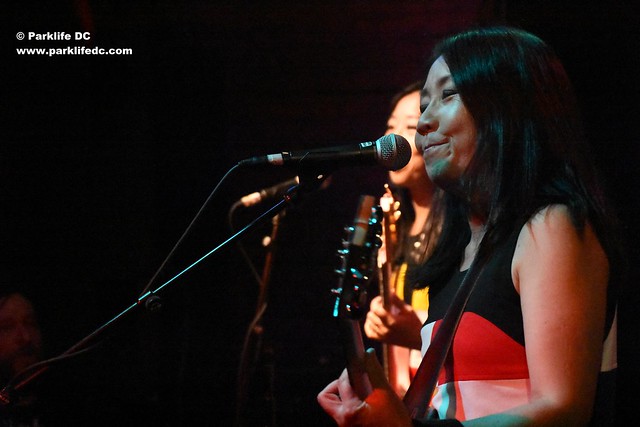 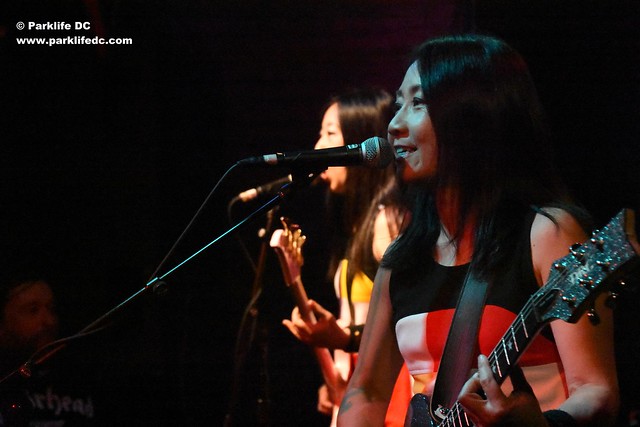 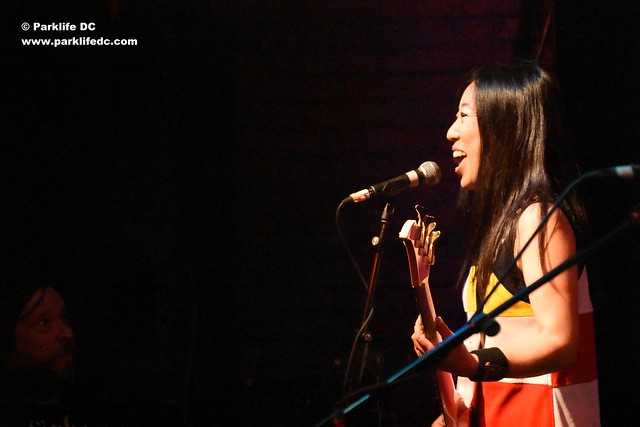 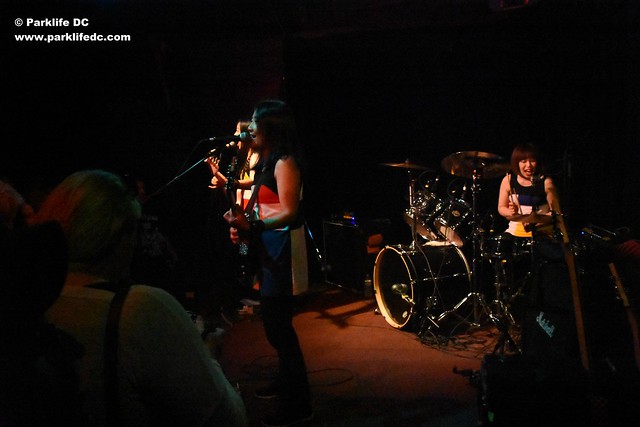 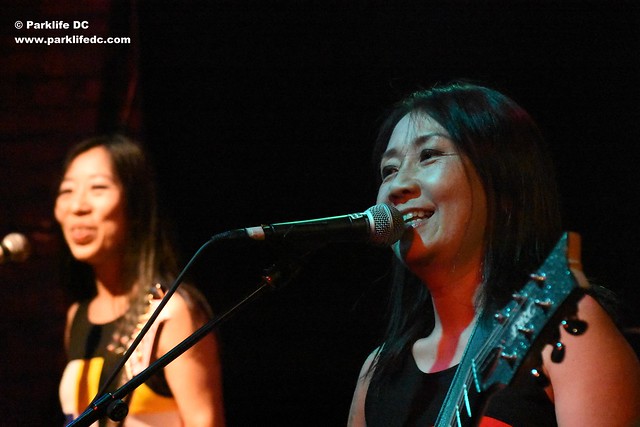 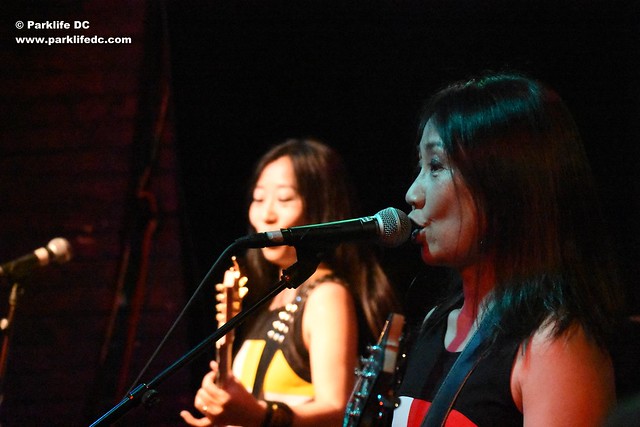 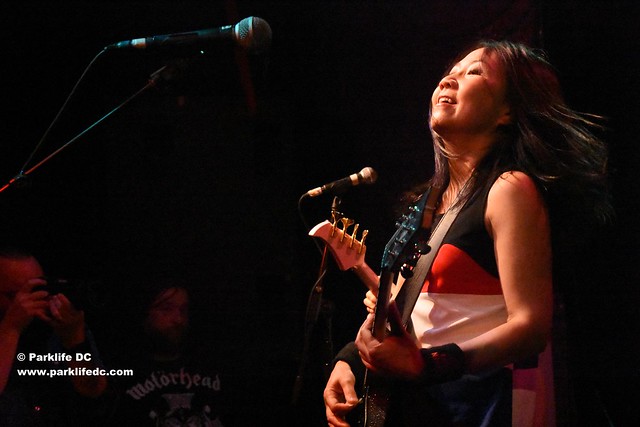 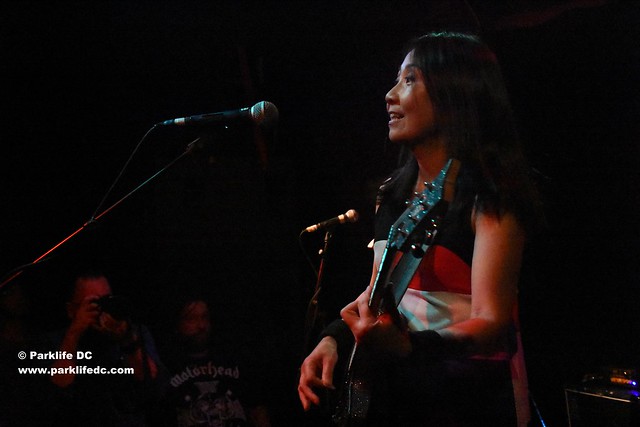