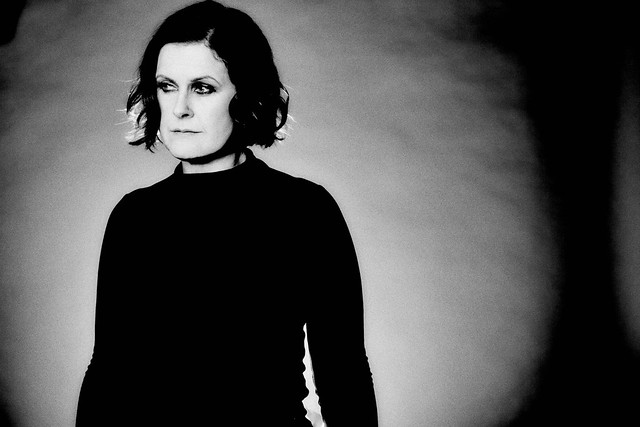 Alison Moyet will release her new studio album, Other, on June 16 via Cooking Vinyl. Not long after, she will launch a North American tour, starting at the Sixth & I Historic Synagogue on Monday, Sept. 11.

The new record will be Alison’s ninth studio album, and her first since 2013’s The Minutes, where she deliberately returned to synthpop, the genre that made her a household name among English music fans for her band Yazoo. On the new album, Alison again teamed up with songwriter Guy Sigsworth (who also has worked with Björk, Goldie, and Madonna), her collaborator from The Minutes album (which hit #5 on the UK charts).

Last week, Alison released a video for single “Reassuring Pitches,” which returns her to familiar synthpop territory albeit with a noir mood. Watch the official music video for “Reassuring Pinches” by Alison Moyet on YouTube:

“For me, making a record at this age, lyrically, is a different proposition. Observation in most cases replaces emotion. The invisibility of middle/aged woman rather thrills me and instead I watch,” said Alison.

“Subject matter covers what you might expect from a pop album. Dyslexia, locked-out syndrome, diversity, Persephone, doggedness, and the Internet. Always asked what a song is about, I attempted to cooperate, but in truth though the lyrics incorporated my best attempt to describe what I see and of the meaning that is mine. I want, who chooses to, to find their own landscape or indeed none. Some of us have always felt ‘Other’. I no longer wish it were otherwise.”