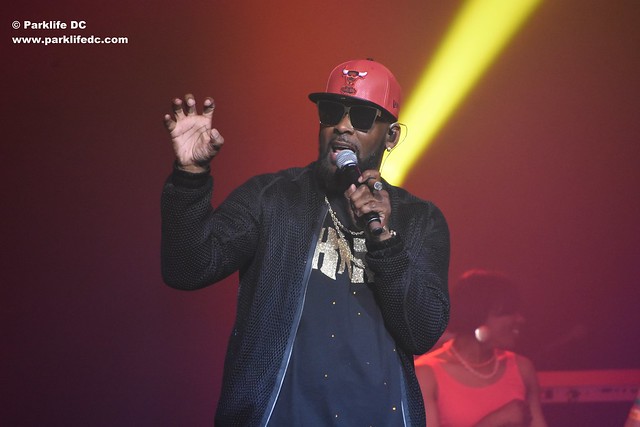 Say what you like about R. Kelly, but the man is a hell of an entertainer.

The full-blown cultural icon was at his best (or worst, depending on your point of view) in a boisterous show at MGM National Harbor on Sunday, strutting his stuff, taking every opportunity to mingle with his female fans, and at the end of the day earnestly demonstrating that he’s got the goods, particularly with his naturally gifted voice.

Dramatically, R. Kelly strode onto stage to take a cigar from a valet at the beginning of the show, and proceeded to bob and weave as he sang and smoked. Soon, R. Kelly drew a dozen or so women from the audience to watch the show from the back of the stage, where a bar was set to provide the man with the occasional shot of Hennessy.

The crowd went wild for the hip hop superstar — and that’s an understatement. The performance antics unfolded without provocation as guests in the VIP pit pawed and clawed at their favorite musician. In turn, R. Kelly lasciviously gave them swagger and song.

The show hit its stride early, as R. Kelly capped a sequence of songs with “Cookie,” his comparison of certain sexual activity to “licking Oreos” from his 2013 album Black Panties (no subtle messages here, folks — it’s all on the table). The number’s reference to the Cookie Monster would surely make even the blue fuzzy Muppet blush.

Cookies aside, R. Kelly has the audience eating out of his hand by the time he delivered signature tune “Bump N’ Grind,” from his 1994 debut album 12 Play. At this juncture, R. Kelly began to focus more on his performance and his soothing voice as the concert became more and more about the fact that the gent can really sing like an angel, despite acting like a devil, and this is why a packed Theatre at MGM National Harbor was going nuts for him.

The audience chanted along to “Ignition,” his funky tribute to being funky. The song lent a lyric — “Then after the show it’s the (after party)” — to his current tour, called The After Party Tour, and everyone in the house knew every word and sang along where required.

R. Kelly actually became trapped in the crowd at one point, where apparently, he descended stairs at stage left to shake hands or greet some of the crowd, only to get entangled with several admirers who sat in his lap and snapped selfies. The surprise detour from the show seemed almost scripted — but R. Kelly was less than amused when he emerged from the pit missing a shoe. A gracious lady returned the missing shoe in return for a selfie, and R. Kelly let the whole thing go with a good nature and free spirit.

Taking the fire down to a smolder, R. Kelly ventured successfully into the audience to deliver several songs from a small 3’x3′ stage set up across the aisle from the soundboard. There, he presented songs like “I Wish,” a love song from his 2000 album, TP-2.com.

And as the show wound down, R. Kelly became more serious, unfurling the full power of his dynamic vocals. As someone relatively new to R. Kelly’s music, little could have prepared me for his emotive rendition of “When a Woman Loves,” from his 2010 album Love Letter, where his powerful voice is fully on display. His soulful serenade shot like electricity through the ladies in the audience, and you could easily imagine an alternate career for R. Kelly as a gospel singer in the religious institution of your choice. As a singer, R. Kelly proved his worth with that one song alone, as his voice climbed up and down the scales and he wrapped with a flourish.

R. Kelly has paused touring at the moment, but he engages a spate of dates across the country starting in June. He returns to our area as well with a show at Pier Six Pavilion in Baltimore on July 29. Buy tickets online via Ticketmaster. He’s certain to entertain you — whether you’re feeling up or down, R. Kelly’s got a song for you.

Here are some pictures of R. Kelly performing at MGM National Harbor on May 21, 2017. 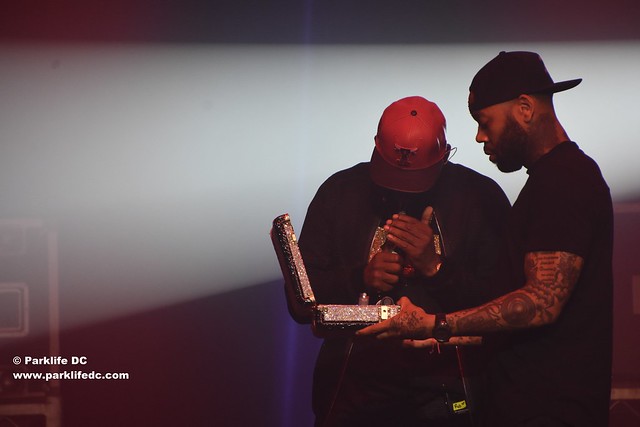 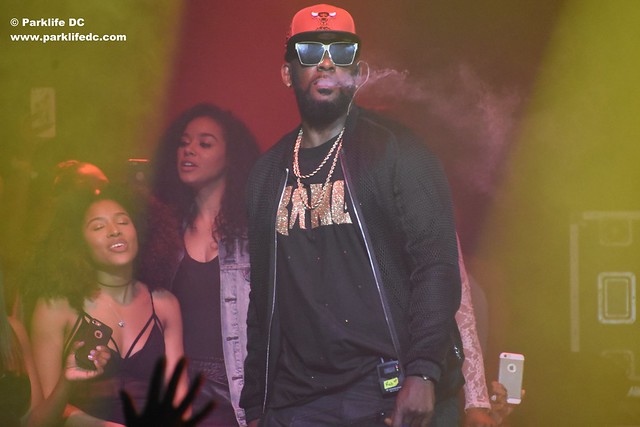 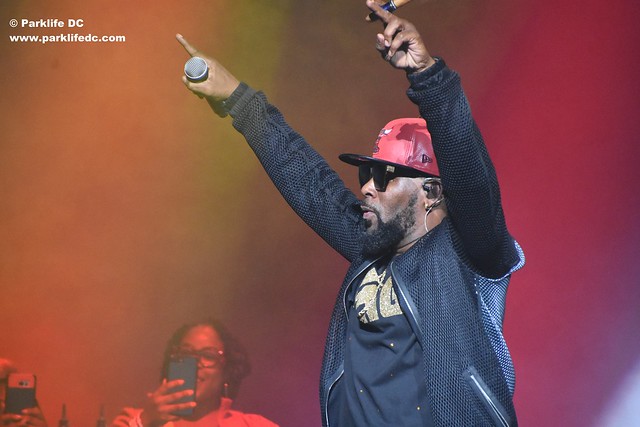 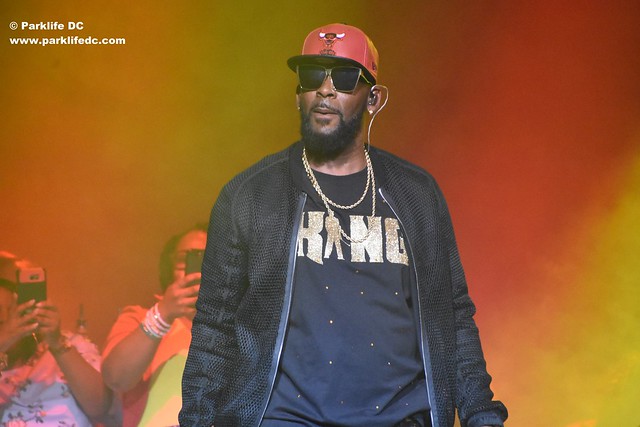 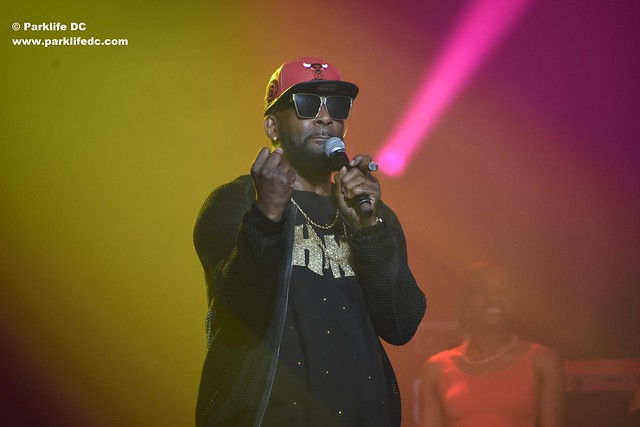 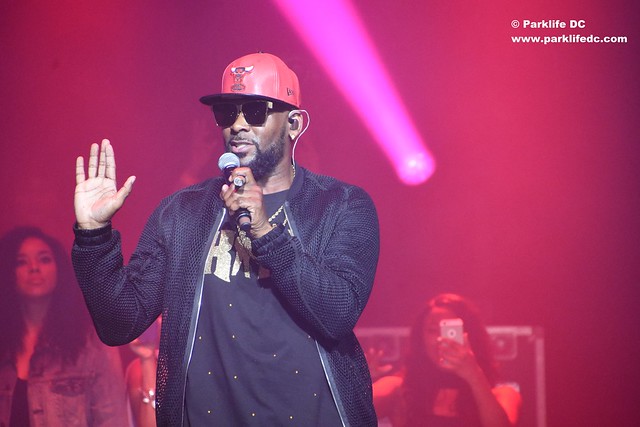 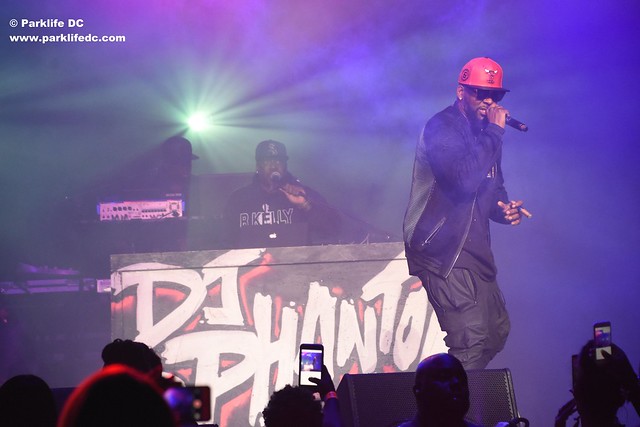 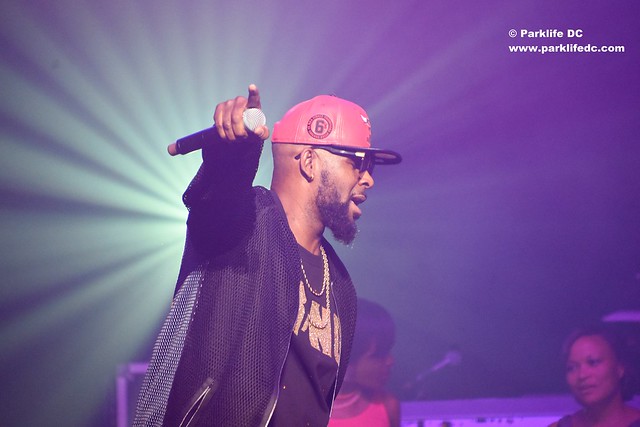 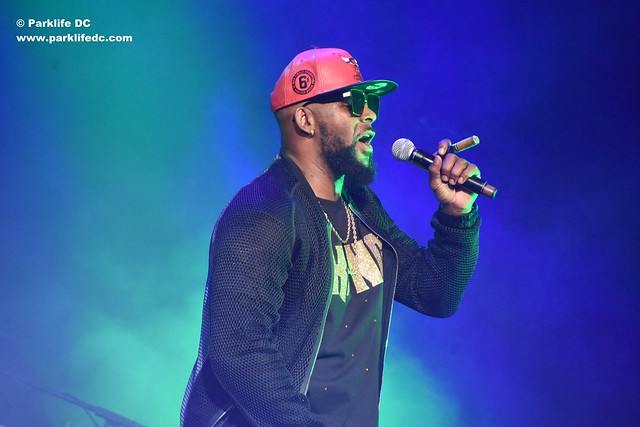 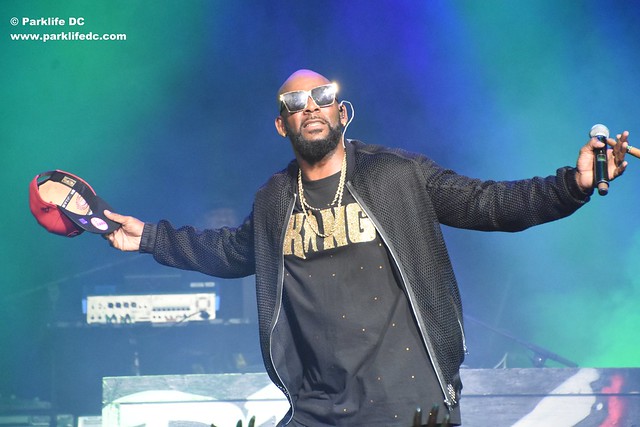 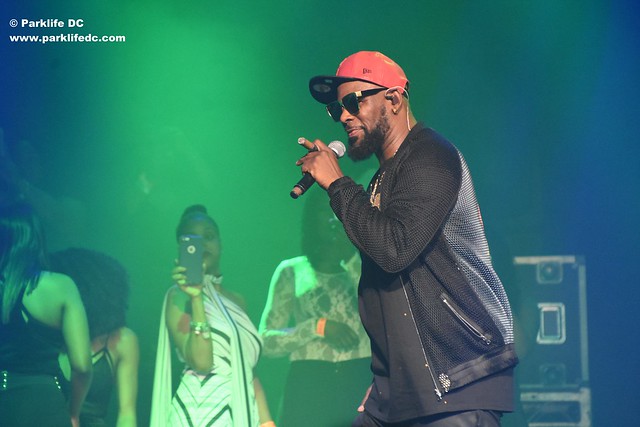 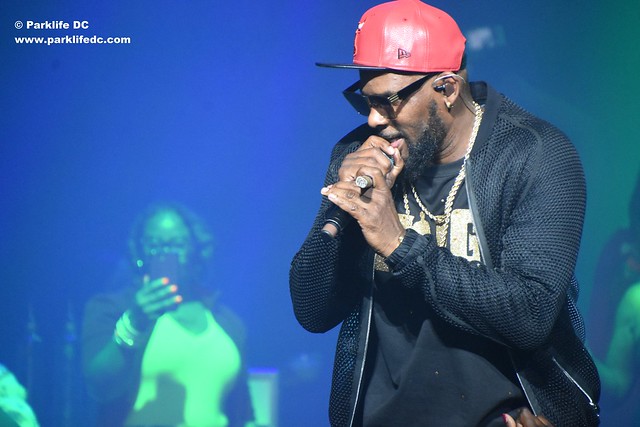 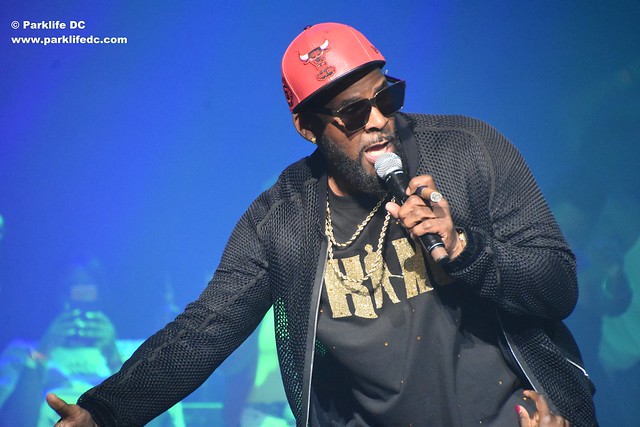 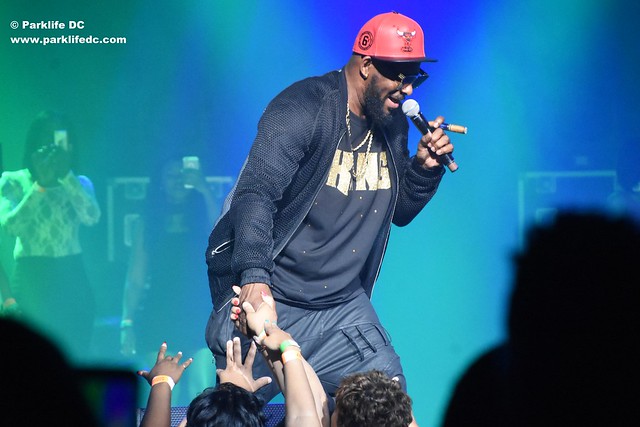 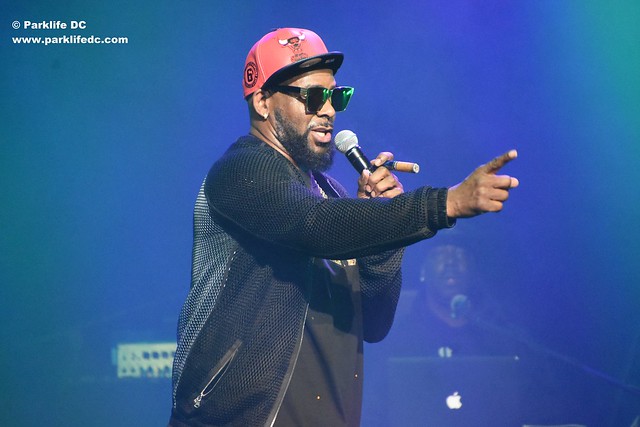